Europe Funds Russian Aggression in Ukraine, Syria, and Beyond 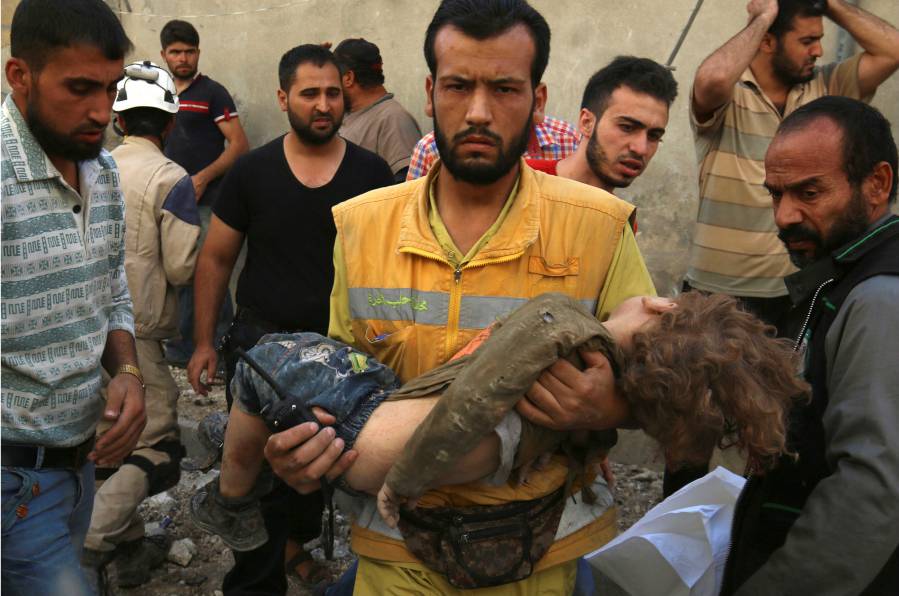 A medic holds a dead child after airstrikes in the rebel held Karam Houmid neighborhood in Aleppo on October 4. Russian warplanes have been pounding Aleppo’s rebel-held districts. On October 17, dozens of civilians including twelve members of the same family were killed in strikes in Aleppo, a rights group said. REUTERS/Abdalrhman Ismail

On October 20, the Council of the European Union will consider its strategy toward the Russian Federation. Following the resolution of the Parliamentary Assembly of the Council of Europe, Europe faces a genuine challenge: to recognize Russian aggression against Ukraine for what it is, and to provide truly effective measures to stop Moscow.

The EU’s most powerful lever is its energy imports, which are to be considered as part of the new EU strategy. By importing energy from Russia, the EU is allowing the Kremlin to continue its aggression against Ukraine and Syria and to spread fear and uncertainty in European societies.

Russian energy exports feed Russian aggression. Two-thirds of Russian export revenues come from the sale of energy raw materials—oil and its refinery products, natural gas, coal, and electricity—and the EU-28 is their major importer. Three-fourths of Russian oil is sold to Europe.

Russia supplies Europe with energy, while Europe supplies Russia with money that swells the budget of the Russian Federation. By comparison, the export of Russian high tech military products reached a peak of $14.5 billion in 2015—that is, only 4.2 percent of total export revenues. Oil products brought Russia almost eleven times more than the export of these defense industry products.

Russia provides nearly 30 percent of European oil imports, far more than other petroleum exporters like Norway and Nigeria. That oil is consumed by a wide variety of European countries.

Germany, the Netherlands, and Poland are the major importers of Russian oil and oil products. The Russian state company Rosneft has gradually penetrated the German oil processing market, having bought over the shares of Venezuelan PdVSA, as well as of the French company Total in the east of Germany. 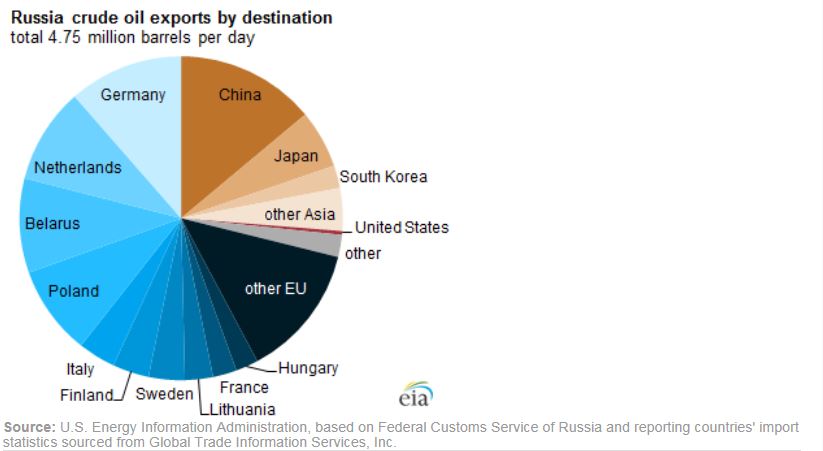 Poland is an even greater paradox. The country is known for its critical policy toward the Kremlin; nevertheless, after the Law and Justice party (PiS) came to power, it expanded cooperation with Rosneft. At the end of 2015, PiS signed a new addition to the existing contract between the largest Polish refinery concern, PKN Orlen, and Rosneft. According to the contract, Poland will buy more than twenty-five million tons of oil in the next three years, up from the previous eighteen million tons.

PKN Orlen’s European assets—a petrochemical complex in Plock and refining capacities in Lithuania and the Czech Republic—also procure raw materials from Rosneft. In 2004-2005 Russia attempted to illegally acquire these assets in order to monopolize the supply of oil to Poland. In 2004, the former head of Polish intelligence, Zbigniew Siemiatkowski, said, “We are dealing with an attempt to restore the Russian empire through economic means on the principle of “yesterday tanks, today oil.”

The same position was expressed by the leaders of the Visegrad Group (the Czech Republic, Hungary, Poland, and Slovakia) concerning the Russian project Nord Stream 2. Polish President Andrzej Duda stated that Nord Stream 2 is a politically-inspired project simply aimed at increasing energy dependence.

It is obvious that energy, for the Kremlin, serves more than just its economic needs.

It is time to stop this aggressor now. It is time to optimize oil supplies from Russia to Europe by reducing the volume of imports by at least half. The possibilities for this exist, taking into account the potential of Iran, which has always supplied oil to the European market, as well as Kazakhstan, although the latter is dependent on Russian infrastructure. Countries such as Poland, Germany, and the Netherlands should take advantage of opportunities to replace a portion of Russian supplies with alternative ones.

Reducing consumption is not enough. The West needs to impose tougher sanctions on Russia along the lines that were imposed on Iran, blocking its exports, to force the aggressor to peace.

Russian politicians’ claims that they will move oil exports to Asia are empty threats. Russian oil exports are tied to Europe in terms of infrastructure and geography. The Bosporus Strait in the Black Sea and the Skagerrak in the Baltic Sea cannot carry supertankers, without which Russian oil exports to Asia are simply unprofitable. Moreover, Russian pipeline infrastructure, ending in the Baltic and the Black Sea, does not have access to deep-water ports.

In truth, Russia needs the EU and its oil revenues, and projects like Nord Stream 2 and the second part of Turkish Stream are designed to deepen European dependence on Russian energy supplies. The EU should remain strong. It should bring its antitrust investigation against Gazprom to its conclusion, maintain unity to renew and even increase sanctions against Russia, and above all, it should find a way to reduce oil imports from Russia.

Mykhailo Gonchar is an energy security expert and president of the Kyiv-based Centre for Global Studies Strategy XXI. Hanna Hopko is a member of the Ukrainian parliament and head of the foreign affairs committee. Gonchar and Hopko are contributors to UkraineAlert.