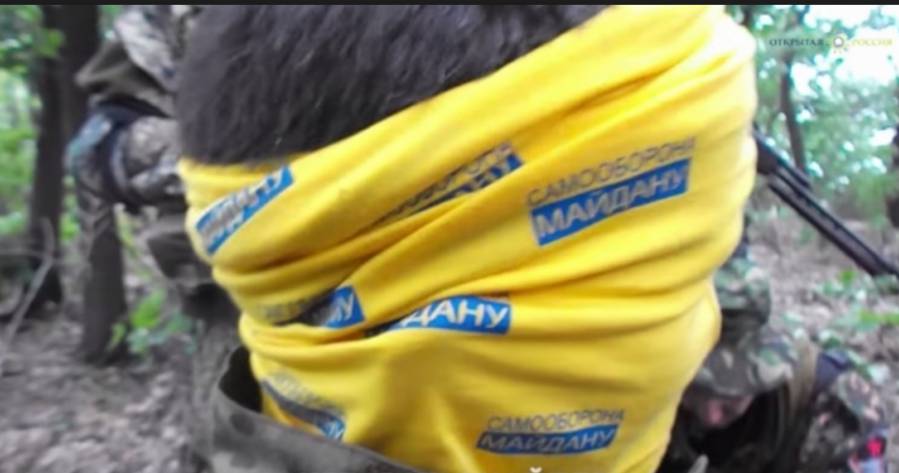 Russia has always denied its role in the abduction of Nadiya Savchenko, after she was taken prisoner by Kremlin-backed militants in Donbas, and in effectively abducting many other Ukrainians from Russian-occupied Crimea or after they crossed into Russia. The situation could soon change for the worse, with Russia’s so-called ‘anti-terrorism’ legislation now legalizing state abductions from outside Russia.

The legislation, referred to after its nominal author, Irina Yarovaya, has been widely condemned and seen as essentially aimed at crushing civil society.  One of the few changes that has not received so much attention concerns what the bill refers to as ‘international terrorism’.

If what is meant by ‘terrorism’ seems unambiguous, it is not.  At present Ukrainian filmmaker Oleg Sentsov is serving a 20-year sentence in Russia on charges of masterminding a totally unproven ‘terrorist plot’.  Civic activist Oleksandr Kolchenko is serving a 10-year sentence on the same charges.  Kolchenko was involved in one incident – the throwing of a Molotov cocktail late at night at the unoccupied offices of a pro-Russian organization heavily involved in Russia’s invasion of Crimea.  In declaring both men political prisoners, the Memorial Human Rights Centre pointed out that the Molotov cocktail incident would normally be treated at most as hooliganism.  Unless you’re Ukrainian and you oppose Russia’s invasion and occupation of Crimea, in which case you face a show trial and long sentence as a ‘terrorist’.  In violation of international law regarding occupying states (as well as of Russian legislation), they are imprisoned in the far east of the Russian Federation, thousands of kilometres from their homes.

19 Crimean Muslims  are currently in effectively indefinite detention facing ‘terrorism’ charges, based solely on alleged, though unproven, involvement in Hizb ut-Tahrir, an organization which is legal in Ukraine and most countries.  Russia has never explained why it chose to declare the organization ‘terrorist’, but regularly sentences people to long terms of imprisonment.  No act of terrorism or even plan to commit such an act is needed.  Where there is zero evidence even of involvement, ‘secret witnesses’ are used, with these anonymous individuals’ claim that the defendant tried to ‘recruit’ them being sufficient for a conviction.

On Dec 27, Russia’s Supreme Court upheld 5-year sentences against three of the first four Crimean Tatars convicted on these charges (Nuri Primov, Ferat Saifullayev and Rustem Vaitov), and allowed the prosecutor’s appeal against the first court’s lighter sentence in the case of Ruslan Zeitullayev.  This is an extremely ominous move, both because of the overtly flawed nature of everything about the specific case, and Russia’s open contempt for its obligations as an occupying state.

According to the new legislation which came into force on July 20, 2016, what Russia calls ‘terrorism against Russia’ in another country is now deemed ‘international terrorism’.

Olha Skripnik, Head of the Crimean Human Rights Group, sees real danger in this part of the legislation (as well as in the other aspects reported here).  Whereas Russia even convicted Nadiya Savchenko of ‘illegally crossing the border’ in order to not admit to her abduction, now no excuses are needed.  Russia’s FSB can simply claim that abductions are required as part of a ‘terrorism investigation’.  Considering that a large amount of the border is under militant control, abductions would not be so very difficult to organize.

This poses a very real danger both for people who have fled Russia for political reasons and perhaps have information which could be used against Russia in international courts, as well as for Ukrainian nationals who could exert influence, for example, on sanctions.

Russia is continuing to deny its role in the downing of the Malaysian MH17 on July 17, 2016.  The international investigators have established that the plane with 298 passengers on board was shot down by a Russian Buk missile and that the Buk was then taken back to Russia. The investigators called on anybody with information to come forward. With any such information likely to be highly incriminating for Russia, it seems quite possible that ‘terrorist investigations’ could be used to remove inconvenient witnesses.

None of this is at all inconceivable, and, after all, Alexander Bastrykin, head of Russia’s Investigative Committee claimed ‘the right’ to state-sponsored abductions back in July 2014. As reported, he promised that Russia would come and get those that they suspected of crimes committed against Russians in Ukraine.  History, he asserted, gave them the right to carry out such investigations.

Bastrykin presumably considered that they had the ‘right’ to abduct Ukrainian Serhiy Lytvynov from a Russian hospital near the border with the Luhansk oblast.  He had been forced to cross into Russia for treatment of a tooth inflammation because the nearest hospital was under militant control.  He was seized and tortured until he signed ‘confessions’ to horrific war crimes.  Russia has since been forced to issue a formal apology after Lytvynov’s lawyer and human rights activists succeeded in proving that Lytvynov’s alleged victims had never existed, and that even their supposed addresses were made up.  The ‘investigators’ then came up with other absurd charges and he remains imprisoned over two years later.

In other cases, such as the effective abduction of Mykola Karpyuk and Stanislav Klykh, proof that the men were nowhere near Chechnya when claimed by the investigators and that the alleged events had mostly not taken place proved insufficient and the two men have been sentenced to 22 and 20 years, respectively.

Nor is this only about Russia’s undeclared war against Ukraine.  Almost exactly 10 years ago Kremlin critic and whistle blower Alexander Litvinenko was killed with radioactive polonium in the middle of London.  The long-overdue inquiry found in January 2016 that Andrei Lugovoi and Alexei Kovtun had probably acted under the direction of Russia’s FSB.  The inquiry also “found that the FSB operation to kill Mr Litvinenko was probably approved by Mr Patrushev, the then head of the FSB, and by President Putin”.

A new season began in early August with the arrests in occupied Crimea of Yevhen Panov, Andrei Zakhtei and Redvan Suleimanov.   The first two men were taken to Moscow two months later, a day or so after Russia was finally forced by the European Court of Human Rights to allow Panov access to a real lawyer.  He had managed only to confirm that his ‘confessions’ had been extracted through torture.  Despite pressure placed on Panov and Zakhtei, they have both now described the torture methods applied.  Journalist Roman Sushchenko was seized on mystery ‘spying’ charges on his arrival in Moscow, to visit close relatives, at the beginning of October.

If, so far, it has mainly been Ukrainians who were targeted, there is nothing at all to stop the FSB turning its attention to others.