Russia releases convicted mass murderer to fight in Ukraine, then awards him ‘for bravery’ New armed searches and arrests in Russian-occupied Crimea for reading the Bible Ukraine: No peace talks possible if Russia continues with fake referendums to annex Ukrainian territory Retired Ukrainian naval commander abducted, tortured and taken to Russian-occupied Crimea ‘for trial’Invaders stage fake referendum so they can accuse Ukraine of ‘invading Russia’ Chief Kremlin propagandist calls Russia’s killing of elderly civilians – Hero of Ukraine Oleksiy Vadatursky and his wife - "denazification in action"The application practice of Article 391 of the Criminal Code of Ukraine proves that this Article should be canceledRussian prisoners offered big money and ‘amnesty’ to kill for Russia in Ukraine Kremlin propagandist proposes to "share" plundered Ukrainian harvest only with countries who ‘behave’ and support Russia Feminists, “Railroad Partisans” and School-Leavers Protest. A Digest of Protests in Russia, 25 June-2 July 2022 Russia instals FSB man, other Russians to ‘govern’ occupied Kherson where the population hates themRussian Prosecutor General given power to close media for ‘discrediting the army’ through truth about the war against UkraineCollaborators with Russian state terrorism should be thrown out of International Federation of Journalists Chief Russian propagandist: “All our hope is pinned on famine” Russia lavishly pays Wagner Unit mercenaries to bomb and kill Ukrainians Unexpected end to Russia’s three-year persecution of Crimean Tatar Regional Mejlis Head Not Putin alone. Majority of Russians surveyed have no problem with Russia’s carnage and destruction in Ukraine International experts issue stark warning of Russian genocide against Ukraine“PEACE lost”– digest of Russian protests (UPDATED)Russia uses collaborators to ‘ask Putin’ for annexation of entire Kherson oblast
• Topics / Politics and human rights

What Can the West Do to Get Putin’s Attention? 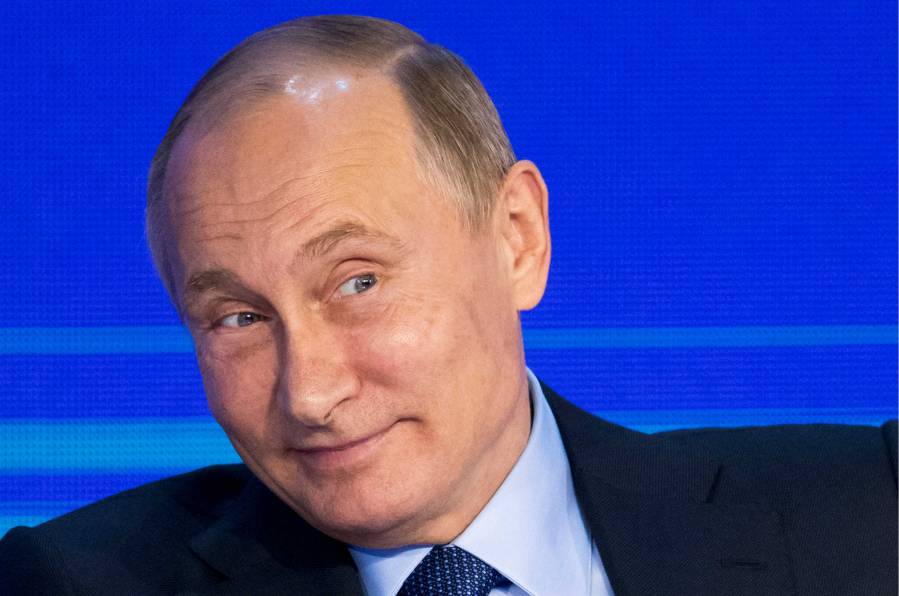 What should be done about an increasingly aggressive Russia? The past few weeks have brought more evidence of Moscow’s moves away from international norms and law. From continued denials of complicity in the MH17 tragedy and the bombing of a humanitarian convoy in Syria, to Russian President Vladimir Putin’s recent exit from the Nuclear Security Pact with the United States, Russia’s behavior is diverging further from the rules-based consensus of the post-Cold War world. This is in spite of Western sanctions that were introduced against Moscow in 2014.

Indeed, these moderate limitations on selling certain goods and services to Russia as well as on the freedom of movement of some Russians seem to have emboldened Putin. With a new debate underway in the EU and United States on the future of the sanctions regime, there may now be a window of opportunity for significantly expanding economic measures, including financial or personal sanctions, in order to bring Russia back from the brink of military escalation. The West has powerful non-military tools for dealing with a belligerent Russia, given Moscow’s high reliance on energy exports. But increased sanctions need to be predicated on a clear metric of what they are intended to achieve.

Often discussions of these issues refer to lessons learned from earlier embargoes against other countries. What was the relative effectiveness of trade and other limitations in altering political behavior? Scholarship such as Gary C. Hufbauer’s classic Economic Sanctions Reconsidered or recent work from Bryan Early has shown that economic sanctions have often tended to be poorly designed and, as a result, largely futile. However, past experience does not mean that sanctions are necessarily doomed.

The poor record of earlier sanctions against Iran, North Korea, or Cuba are only partly applicable to the Russian case. To be sure, Russia is, like these countries, a non-democratic state with elements of despotism and a large state-controlled sector of the economy. But its economy is more deeply integrated into global trade, finance, and investment patterns than many of the past targets of sanctions. The Russian elite is heavily Westernized and interacts in a multitude of ways with the EU and other countries or allies of the West. About half of the Russian state budget consists of income from foreign trade—above all, from revenues related to the export of crude oil.

And that makes the Kremlin unusually vulnerable to economic pressure. If the sanctions’ goal is inflicting economic damage to make foreign adventurism costlier and thus cause policy changes, there are a number of ways in which sanctions could achieve this aim. Unlike the sanctions regime currently in place, import sanctions targeted at the Achilles heel of the Russian economy—the oil trade—could make a difference and have a quick political impact.

The West could, in a first step, reduce Russia’s state income from energy exports through a reduction or outright ban of its oil imports. As a second step, it could further increase pressure by threatening to sanction, as the US once did to Iran, non-Western companies that buy oil from or transport oil for Russia, or that otherwise assist Moscow’s energy trade—that is, a worldwide embargo.

A worldwide embargo would have serious repercussions for Russia’s regime. First, in view of the state budget’s massive reliance on oil trade revenues, the Kremlin’s available room to maneuver on the international stage would be reduced, and make new foreign adventures less likely. Second, because of the close relationship between the ruble’s exchange rate and Russian energy trade, the country’s entire economy would quickly dive—perhaps even at the mere announcement of import sanctions. Third, all economic actors in Moscow, whether Russian or foreign, understand the country’s overwhelming energy dependence and fear the above scenario. Not only energy traders but also other businesses would quickly adapt their economic behavior, with likely cascading effects like capital outflow, bank runs, or project cancellations.

These measures would not only trigger a major social crisis in Russia because of price hikes. They would also eventually strike at the Russian military-industrial complex. Politically Putin cannot afford to simply cut down pensions, salaries, stipends, and social subsidies in order to continue financing his instruments of hybrid war at their current level. This also makes sustained Russian counter-sanctions, such as a reduction of natural gas exports to the EU, unlikely. Once the Russian state and economy have been hit by Western import sanctions, the Kremlin would be unable to further reduce foreign trade income through prolonged counter-sanctions.

Harming the energy sector would force Moscow to make difficult choices regarding its priorities. So far, ordinary Russians have primarily felt the bite of the combined effects of oil price slumps and Western export sanctions since 2014. The elite has been relatively insulated from the effects of these economic changes. But with Western energy import reductions, insulating elite members of society from income losses would become more difficult.

Could such a strategy backfire? The economic turmoil ensuing from such sanctions could create a Russia even worse than the current version. For instance, Putin could become, or be replaced by, a more radically anti-Western and aggressive leader. However, a hypothetical Russian fascist regime would still be faced with the challenge of paying basic salaries and pensions as well as generating enough income to keep the social system intact. It is unlikely that the current regime will be replaced by one even less able to restore trade relations with the West and secure critical revenues for Russia’s embattled state budget.

Another open question is what effect these sanctions would have on energy prices globally. With the EU still suffering from aftereffects of the global financial crisis, some fear new economic disruptions from a Russian-Western trade war. However, one must remember that as recently as June 2014, almost six years after Lehman Brothers went bankrupt, Brent oil was at $112 per barrel. Only in the past two years have oil prices dropped precipitously due to increasing supply because of the shale oil revolution and other technological advances. Given the current oversupply of crude oil on the world market and the eagerness of Moscow’s competitors to replace Russian energy companies on Western markets, the world economic repercussions of a reduction of EU oil imports from Siberia will thus be limited.

A more important point for debate is how to properly match future sanctions to desired outcomes. There has been insufficient articulation over the past two years of what the current modest sanctions are designed to achieve. For instance, the major sanctions introduced in summer 2014 were later linked to the fulfillment of both Minsk agreements. Oddly, the prospect of their cancelation or prolongation is now also connected to those parts of the agreements that refer to Ukraine’s domestic affairs.

More generally, will the goal of the current and future sanctions be to signal support for Kyiv’s European choice, to freeze the Russian-Ukrainian conflict, to deter Moscow from aggression elsewhere, to remove Russia from the Donbas, to end the Kremlin’s hybrid war against Ukraine, to make Putin hand back Crimea, to halt Russian humanitarian atrocities in Syria, or a combination of these? We don’t know. The unclear political rationale, underlying philosophy, and final objective of the West’s sanctions makes new decisions to tighten them difficult. There is no clear sense of when which sanctions should be regarded as having achieved their objectives.

The West has enormous economic leverage against Moscow. But before using it, it must properly understand, jointly decide, and publicly announce what precisely the sanctions are aimed at. Without such clarification, the prolongation of the old and introduction of new sanctions may induce more hardship for the Russian people but result in little change in the Kremlin’s policies.