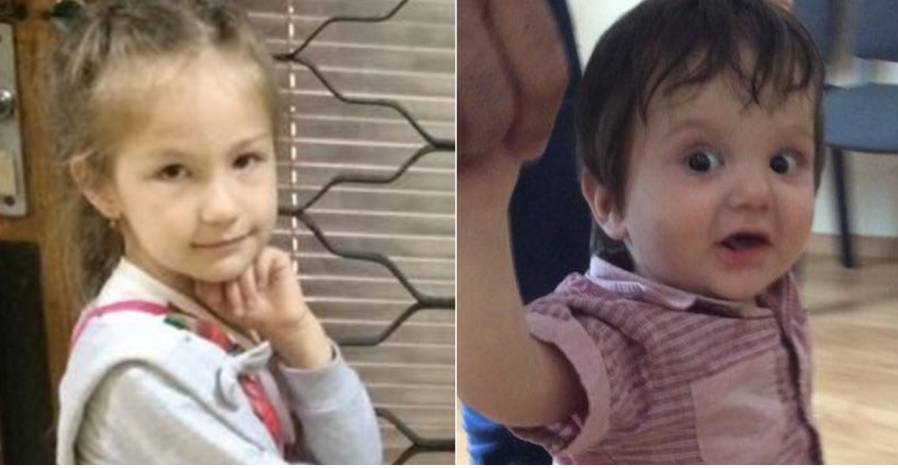 While it is Russia’s imprisonment of Ukrainian filmmaker Oleg Sentsov, Crimean Tatar leader Akhtem Chiygoz and others that gets reported, there are several times more victims, and many of them very small.  If it is hard for adults to understand how Russia can invade another country’s territory and arrest people on manifestly trumped-up charges, how much harder for a child to comprehend why his father has been taken away in handcuffs.

Ilnara Asanova brings her four small children with her to court in the hope that they will be able to see their father.  Ali Asanov was arrested in April 2015 on absurd charges linked with a pre-annexation demonstration over which Russia has no jurisdiction.  It is likely that he and Mustafa Degermendzhy are in prison as revenge for refusing to give false testimony against Crimean Tatar leader Akhtem Chiygoz.  Mustafa, the Asanovs’ youngest child, was born two months after Ali was arrested.

Bekir who is 9, and his 5-year-old sister Safiyeka, also wait in the court corridors hoping to see their father.  Human rights activist Emir-Huseyn Kuku was arrested in February 2016, and like 18 other Crimean Muslims, is charged with involvement in the Hizb ut-Tahrir organization which is legal in Ukraine and most countries.  There are serious grounds for believing that Kuku is in detention because of his monitoring of human rights violations.  There is also compelling evidence to suggest that the arrest followed his refusal to keep silent about an aborted attempt to abduct him in April 2015.  Given the later abduction in May 2016 and disappearance without trace of Crimean Tatar activist Ervin Ibragimov, the clear involvement of the FSB in the earlier incident with Kuku is disturbing.

There has since been overt harassment of Kuku’s children.  As reported here, an FSB officer turned up at Bekir’s school in April and took him aside.  The man told Bekir that his father had “got involved with bad men” and would spend 10-12 years in prison.

The men held in appallingly filthy and overcrowded conditions in the Simferopol SIZO [detention centre] at least have a chance of seeing their wives and children while being taken to and from the court.  Sentsov, Mykola Karpyuk, Valentin Vyhivsky and others are imprisoned in Russia and have not seen their children for well over 2 years.

The emotional scars left on children from armed searches by men with machine guns who take their fathers away in handcuffs are not the only problem.  Almost all of the  increasing number of Crimean Tatars and other Muslims arrested in occupied Crimea have children, and most are the sole breadwinner of the family.

If Russia hoped to intimidate Crimean Tatars, they have failed.  Soon after the May 12 arrests in Bakhchysarai that brought the number of Crimean Muslims arrested on Hizb ut-Tahrir charges to 14, well-known Crimean Tatar journalist Lilia Budzhurova published a moving appeal for solidarity and support for children whose fathers were in custody on fabricated charges.  She was himself targeted just days after publication of the article ‘Now these are our children’ and issued with a formal warning of “the inadmissibility of extremist activities”.

She refused to be cowered and established the civic initiative Bizim Balalar [Our Children] which provides help to the children of Crimean political prisoners and of those who were abducted or disappeared.  Reshat Ametov, for example, who was abducted from his silent protest outside the Crimean Parliament on March 3, 2014, and brutally murdered, had three small children.

The new arrests on October 12 this year have brought the number of children in need of help to 69.  Bizim Balalar held a meeting on Oct 29 to discuss ways of drawing in more individuals willing to provide assistance, to ensure that the current amount of monthly assistance per child can be maintained.  The civic initiative is accepting toys and other items for the family, as well as trying to organize holidays and medical care for the children and psychological rehabilitation.

The number of Ukrainians held prisoner in Russia and occupied Crimea is high, but there are two directions in which Russia is specifically targeting Crimean Tatars or all Crimean Muslims.

Only Crimean Tatars have been prosecuted on surreal charges linked with the demonstration on Feb 26, 2014 which foiled Russia’s attempt to carry out a coup without the use of Russian soldiers.  There were a huge number of pro-Russian demonstrators at the demonstrators, but they invariably get ‘victim’ status.  The demonstration took place on Ukrainian territory and under Ukrainian law, and Russia has no right to be prosecuting anybody over it.

There are currently 19 men held in indefinite detention on charges linked with Hizb ut-Tahrir.  The charges are normally based on a book or conversation, with Russia using ‘secret witnesses’ for these conveyor belt ‘trials’ of Muslims.  Even were there to be proof of involvement, the organization is legal in Ukraine and Russia has never provided any satisfactory reason for the 2003 Supreme Court ruling that claimed it to be ‘terrorist’.  There is no evidence of any terrorist activities anywhere in the world.

Russian FSB or OMON riot police turn up in masks and with machine guns and generally burst into homes where children were sleeping and nobody had tried to show any resistance.  The number of deeply traumatised children is high, and likely to rise.