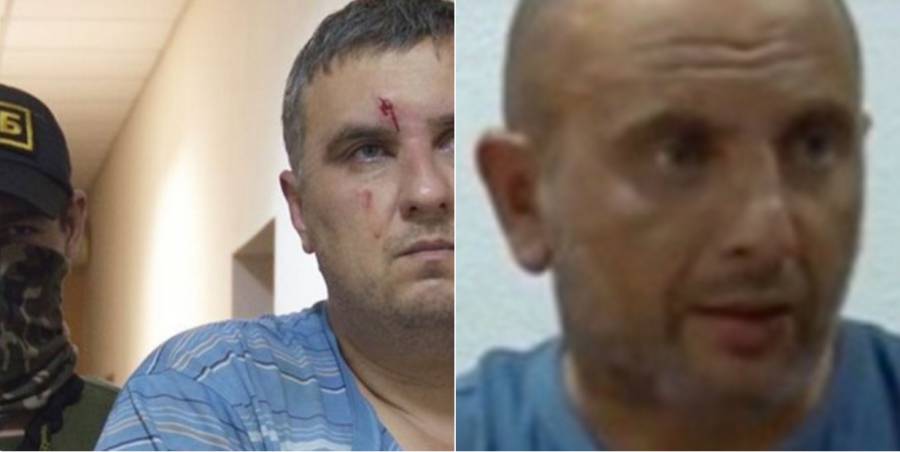 Russia’s FSB are preventing Ukrainian prisoners Yevhen Panov and Andriy Zakhtei from seeing a lawyer, or receiving letters and parcels from Ukraine.  Their rights, as well as those of imprisoned Ukrainian journalist Roman Sushchenko, are now even more at threat following changes preventing real human rights activists from visiting prisoners. The enforced new makeup of formerly vital civic monitoring committees has come into effect with Zoya Svetova and other prominent human rights activists replaced by men like Dmitry Konmov, who is under US sanctions for his role in the death in detention of lawyer Sergei Magnitsky. They, Svetova warns, are most unlikely to provide any assistance to the Ukrainian prisoners.

It is safe to assume that the new members will also not see the need to report the presence of detainees that the FSB is holding incommunicado.  It was thanks to Svetova and her colleagues that the whereabouts were learned of Ukrainian filmmaker Oleg Sentsov, Valentin Vyhivsky and, most recently, Roman Sushchenko.

Russia is being a little more careful with Sushchenko, who is a Ukrainian news agency journalist and was detained in Moscow. Although there was initial secrecy about his detention, he has not been prevented from seeing a lawyer.

The FSB has shown no such caution in their treatment of Panov and Zakhtei.  The men were moved rapidly from Crimea in early October, after Russia was left no choice by the European Court of Human Rights but to allow Panov’s lawyer to finally see his client after two months in captivity.  The Court had asked, among other things, for information about Panov’s physical condition and where he had received his injuries.   It also demanded to know if Panov had legal defence, which was almost certainly the reason that he was allowed finally to see a lawyer.  Panov had time only to describe the torture he was subjected to before he and Zakhtei were hurriedly moved and turned up a week later at the Lefortovo prison in Moscow.

Dmitry Dinze, the lawyer defending Oleg Sentsov, has agreed to represent Panov.  If Svetova’s information is correct, then at least Zakhtei, and perhaps both men are being prevented from seeing lawyers.  There seems to be a deliberate policy of isolating them, with both men complaining that they are not getting letters their families have sent, nor in Panov’s case, most of the parcels sent.

Panov, who is from Zaporizhya, was probably seized on August 7, however the circumstances remain unclear and his family believes that he was abducted.

On August 10, the FSB asserted that major incidents, including weapon fire from mainland Ukraine, had taken place during the nights from 6-7 and 7-8 August, with 2 Russians – an FSB officer and a soldier – killed.  There was nothing at all except the videoed ‘confessions’ to back the assertions which have been treated with open scepticism by western countries.  There seems to have been some kind of shoot-out in the early hours of Aug 7, but an Aug 8 post, for example, from Edward Zhuravlev, a pro-Russian official suggests that it was caused by drunken Russian soldiers.

The video of Panov ‘confessing’ to working for military intelligence shows Panov looking very much as though he’s been beaten.  The other parts of the video, supposedly providing evidence of the ‘sabotage’ are hopelessly sloppy. In one place, for example, you can see a full moon which means that those scenes needed to have been shot around 2 weeks earlier.

As mentioned, it was only two months after his seizure that Panov was finally allowed to see the lawyer his family had immediately appointed.  The lawyer has reported finding scars on his wrists from handcuffs and multiple bruises which correspond to the reports sent to Strasbourg.  They also correspond to the account given by Panov, who says that he was held tightly handcuffed for 7 days, beaten and subjected to electric shocks and other forms of torture (details here).

Although most is known about Panov, it is safe to assume that similar methods were used to obtain ‘confessions’ from Zakhtei and Suleimanov  to almost certainly fictitious sabotage plans.