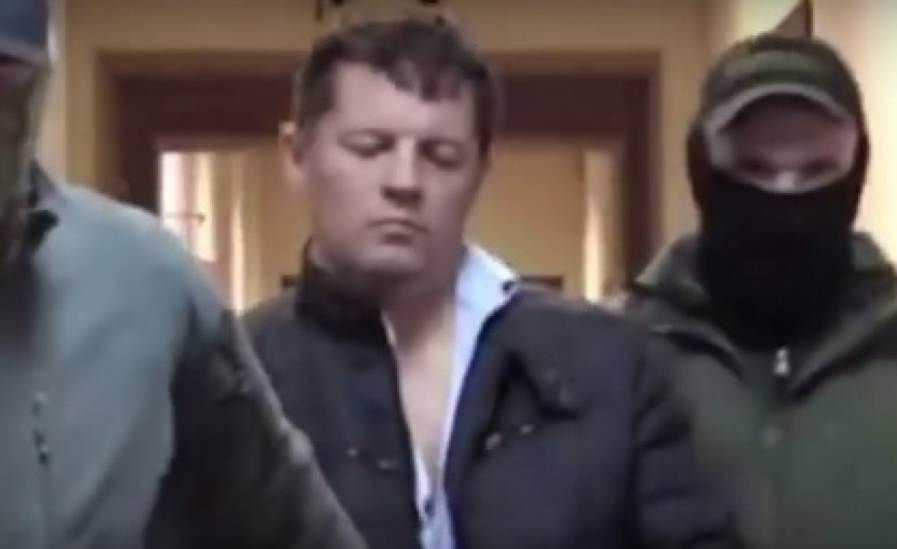 Roman Sushchenko, Paris-based correspondent for Ukraine’s national information agency Ukrinform, has been held in custody in Moscow for just over a month.  He is accused of ‘spying’, with Russia avoiding accountability for the surreal implausibility of such charges by making all information secret.  Sushchenko’s lawyer, Mark Feygin, has also been forced to sign an undertaking not to divulge information.  He has, however, provided two important details.  There is, firstly, nothing to divulge.  Secondly, Sushchenko appears to have been targeted because a friend of the journalist’s relatives whom he has visited many times in Moscow, ‘reported’ him to the FSB [Russian Security Services].  Borders may have opened somewhat, however Russia’s encouragement and even payment for ‘denunciations’ is yet another way in which the current regime under President Vladimir Putin is reinstating Soviet ways.

Spymania has, in fact, been a feature of Putin’s regime from the outset, with scientists, engineers and others sentenced to long terms of imprisonment on absurd ‘espionage’ charges.  Sushchenko, however, is almost certainly a victim first and foremost of Russia’s undeclared war against Ukraine.  There are already over 30 Ukrainians held prisoner in Russia or Russian-occupied Crimea on fabricated charges.

Sushchenko is, however, the first journalist to have been arrested.  It may be for this reason that Feygin has spoken of “the impression” that in Moscow there would be willingness to organize an exchange.  Feygin is currently in Ukraine and is clearly taking this message to Ukraine’s leaders.  Such an exchange secured the release of former pilot and Ukrainian MP Nadiya Savchenko, whom Feygin represented.  She was exchanged in May 2016 for the two military intelligence officers captured while engaged in military action together with Kremlin-backed militants in the Luhansk oblast.  Savchenko had been imprisoned for almost 2 years and sentenced in an internationally condemned trial, and the main fear is that Russia might try to go through such a farcical ‘court trial’ before finally exchanging Sushchenko.

There are, of course, other issues with such an arrangement.  Ukrainian filmmaker Oleg Sentsov, civic activist Oleksandr Kolchenko and many others have been imprisoned on politically motivated charges for more than 2 years, and at least one political prisoner – Stanislav Klykh – has been driven to a shocking psychological state by the torture he was subjected to.  Should they not be put forward first in any exchange?  That said, it is Putin who ultimately decides any Ukrainian release, and it can be safely assumed that justice is not a factor for him.

He was seized by FSB officers shortly after arriving in Moscow on September 30 and was held incommunicado for 2 days. His whereabouts were first revealed by human rights monitors who came upon him while visiting Lefortovo remand prison.  It is unclear whether this was planned, or whether Sushchenko might have been held for much longer without anyone knowing where he was.

Zoya Svetova, the prominent human rights activist who first reported Sushchenko’s whereabouts has noted that exactly the same thing happened two and a half years ago after she came upon Oleg Sentsov in Lefortovo.  Both the FSB and Russian state media leapt into action. The lawyers representing Sentsov, Oleksandr Kolchenko and two other Crimeans believe that the FSB’s delay then was to make sure that the most obvious signs of torture had faded.

There have been calls from the International Press Institute (IPI), his French colleagues and others to release the journalist.  IPI expressed, with full justification, their “concern that the arrest was a politically motivated move to impact the ongoing conflict between the two countries”.

Dmitry Oreshkin, a well-known Russian political commentator, believes that this new arrest is aimed, firstly, at showing that the tense relations remain and that nobody should let down their guard.  It is, secondly, an attempt, as was the seizure and trial of Savchenko, to take a hostage so as to later do a deal.

The arrest has also provided a chilling reminder to Ukrainians that their safety and liberty cannot be guaranteed in Russia and Russian-occupied Crimea.