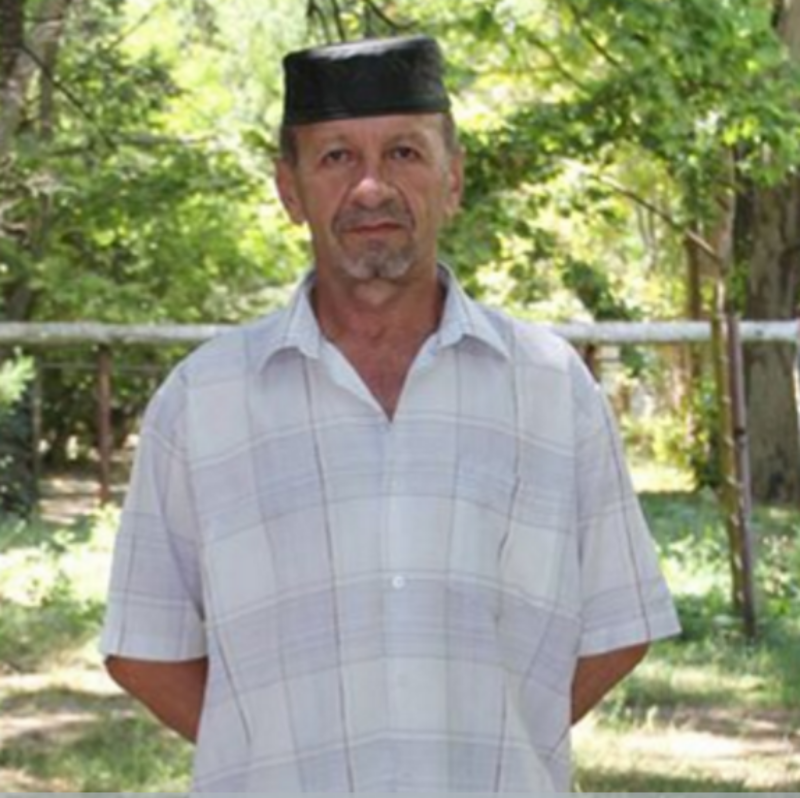 Nedim Khalilov, a Crimean Tatar activist who in February 2016 filed a civil suit asking for the actions of the occupation regime and Russian President Vladimir Putin to be declared illegal, has been ‘deported’ from  his homeland and is being forcibly sent to Uzbekistan.  The move was carried out with gross irregularities, and Khalilov was effectively denied the right of appeal.

It appears that a Simferopol court under occupation issued the order to deport Khalilov on Nov 7.  He managed to phone his friend Zevid Gaziev at around midday and inform him that he was being forcibly taken from Crimea.  He said that his personal documents had been taken away, but then phoned around an hour later to say that they had taken his appeal against the ruling, and returned his passport.  Any forced deportation should be subject to appeal, yet soon afterwards Khalilov rang again to say that his passport had been taken away and that they were taking him to Krasnodar in Russia from where he would be sent to Uzbekistan.  It seems he was not allowed home at all, and is already being held in Sochi.

Khalilov has often been in conflict with the Crimean Tatar Mejlis, or representative assembly in the past, however he clearly concurred with the Mejlis in his opposition to Russia’s invasion and occupation of Crimea.  He became the coordinator of a group called the Resistance Movement of Crimean Tatars and, as mentioned, tried to challenge the occupation through the courts.  It is doubtless this protest that prompted the occupation regime to make use of Khalilov’s lack of formal citizenship to get rid of him.

Khalilov has lived in Crimea since 1988, that is, since it became possible for Crimeans to return from the decades of exile following Stalin’s Deportation in 1944.  He was thus in Crimea from Ukraine’s Independence in 1991, however it appears that he never applied for a Ukrainian passport, probably because he believed he should have a Crimean Tatar passport.

Since Ukraine had back in 2002 required that all citizens change Soviet documents for Ukrainian, Khalilov is, legally speaking, a stateless person.  He certainly would not have applied for Russian citizenship after the invasion.  Neither, however, did imprisoned Ukrainian filmmaker Oleg Sentsov and civic activist Oleksandr Kolchenko, yet Russia has repeatedly tried to claim that they ‘automatically’ became Russian nationals in order to deny them their rights under Ukrainian and international law.  In Khalilov’s case, Russia has instead opted for illegal deportation.

Zair Smedlyaev, Head of the Crimean Tatar Qurultay or national congress’ election commission, reported on his Facebook page that Khalilov is by no means the first Crimean Tatar to have faced such treatment.  The others have been less well-known and less vocal in their opposition to Russian occupation.

In fact, Russia began such methods some time ago.  Veteran Crimean Tatar leader Mustafa Dzhemiliev was banned from his homeland just over a month after Russia’s annexation (on April 22, 2014).  Within months Refat Chubarov, Head of the Mejlis, was also banned.

Then in the early hours of January 23, 2015, the three coordinators of the Crimean Tatar Rights Committee – Sinaver Kadyrov; Eksender Bariyev and Abmedzhyt Suleymanov – were stopped by Russian border guards at the Armyansk Crossing as they attempted to cross into mainland Ukraine. The FSB claimed that as supposed ‘foreign nationals’, that is, Ukrainian citizens, they had infringed the rules for being in their native Crimea.  Only the two members of the Mejlis were finally allowed to proceed, while Sinaver Kadyrov was ‘deported’ and is now living in Kyiv.

The punishment meted out to Nedim Khalilov for daring to oppose annexation is even more brutal, with him being sent to a country his family was once forcibly exiled to and which he has not lived in for nearly 30 years.