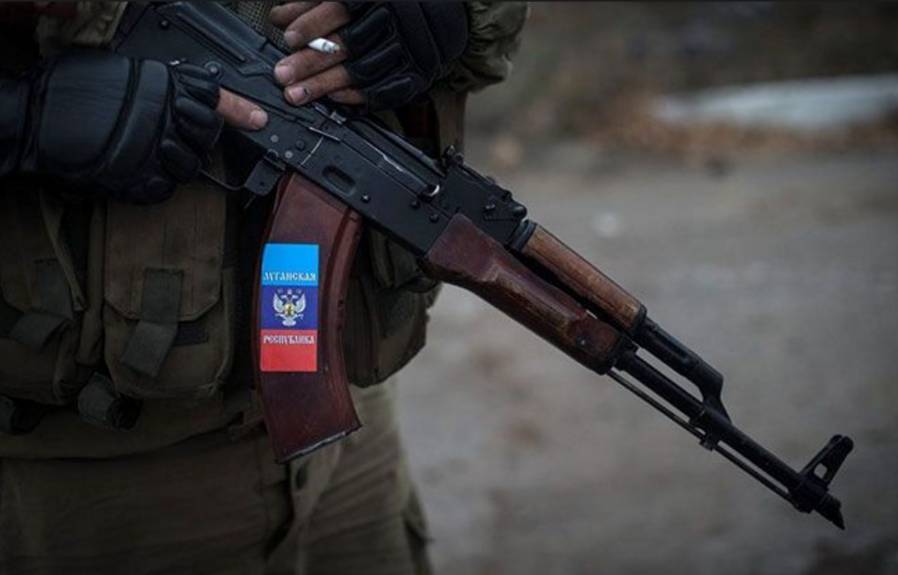 Kremlin-backed militants from the so-called ‘Luhansk people’s republic’ [LNR] have taken Vitaly Rudenko , a judge from the Luhansk Regional Court of Appeal, prisoner and are threatening to try him for ’state treason’, accusing him of ‘illegal court rulings and provocation’.

Rudenko was trying to get to militant-controlled Krasnodon three weeks ago for his father’s funeral.  As a judge still working in the area he obviously understood that he could be in danger but had no choice.  An acquaintance with ‘LNR’ connections had supposedly organized free passage for him.  Not for the first time, such promises proved empty and Rudenko was stopped by militants at the first checkpoint.  They called the so-called ‘LNR security service’ who arrived and took him away.

Oleh Kotenko, a ‘Patriot’ volunteer told Hromadske Radio that Rudenko’s seizure had not been reported earlier since it was hoped that he could be exchanged.  His group received a call soon after he was taken hostage.  At that stage they were told that the militants had nothing against Rudenko and that he would probably be released that Monday.  5 days ago, they learned that he is now accused of ‘state treason’.

A statement and a video address from Leonid Pasechnyk, head of the ‘LNR security service’, appeared on Nov 2 on the LNR website.

The rhetoric is disturbingly reminiscent of the strident Russian tone during the first months of the military aggression in 2014.  Pasechnyk asserts that:

“Criminal Kyiv is continuing to carry out its policy of genocide, stepping up the economic blockade of Donbas, taking unlawful decisions and creating all kinds of provocation against residents and officials of LNR state enterprises and organizations. “

The Kyiv authorities are supposedly using the SBU [Security Service] and courts to “continue destructive activities aimed at altering the territorial integrity, constitutional order and violating the state interests of the Luhansk people’s republic, including by falsifying criminal cases against officials of enterprises providing key services to LNR. “

Pasechnyk particularly focuses on one ruling passed by Rudenko and a panel of judges. This upheld the detention of the general director of the state enterprise ‘Luhansk water’ whom the SBU accuse of involvement in a terrorist organization, namely LNR.   Pasechnyk asserts that the arrest has resulted in disruption to the water supply in LNR.

He adds that Rudenko “passed analogous rulings with respect to insurgents, civil services and other residents of LNR”.

This is one of two ‘prosecutions’ announced in recent days, with both being over what the militants assert was ‘state treason linked with helping the SBU.

As reported, at least 2 Luhansk ‘Zarya’ football fans – Vlad Ovcharenko and Artem Akhmerov – were seized on Oct 10 and are now also claimed to have been part of an ‘Azov Battalion underground group’ destabilizing the situation in LNR.  There is no actual evidence of anything except an act that is sadly daring in militant-controlled LNR – they took photos of themselves with a Ukrainian flag.

In both cases the men have been held for weeks, with the public announcements almost coinciding.  Whether this was to demonstrate the militants’ loyalty and zeal around Russia’s National Unity Day which the militants also marked, or for  bargaining during the Minsk talks on Wednesday is unclear.  There have been many such cases with suspicious timing and motivation over the last two years.  The civilians taken hostage or, as in these cases, ‘charged’ with fabricated crimes, remain imprisoned.