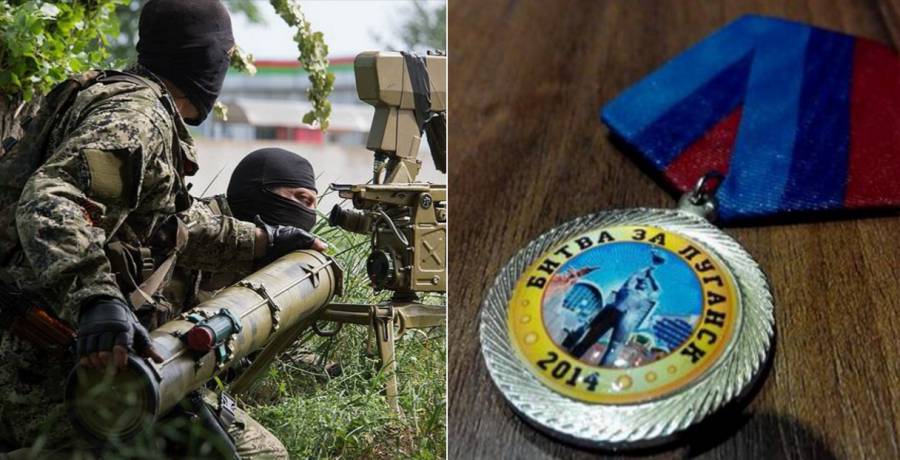 The trial is shortly to begin of a 35-year-old Estonian citizen believed to have fought as a mercenary for the Kremlin-backed militants of the self-styled ‘Luhansk people’s republic’ [LNR].  Although Vladimir Polyakov’s lawyer has condemned the trial as ‘political’, this was not the view of the Estonian courts and Justice Minister who agreed to his extradition.  The charges are also virtually identical to those which the United Kingdom has brought against its own citizen, Ben Stimson over involvement on the side of the militants in Donbas.

The Prosecutor General’s Office informed on Nov 8 that the indictment has been passed to the court.  Polyakov is charged with involvement, for remuneration, in LNR activities during 2014-15.  He is alleged to have been in the illegal armed formation known as the ‘Luhansk commandant regiment’ – part of the militants’ ‘people’s militia’.

The SBU [Ukraine’s Security Service] asserts that it has proof that Polyakov was involved in armed resistance to the Ukrainian armed forces involved in the ‘Anti-terrorist operation’ [ATO] during battles in Luhansk.  He is also alleged to have held ATO military servicemen hostage, and to have carried and been in possession of firearms. The SBU has established that Polyakov was awarded a medal by the militants for the ‘Battle for Luhansk’.

The charges are under Article 258-3 (involvement in a terrorist organization) and Article 263 (possession, etc. of firearms).  If convicted, Polyakov would face a sentence of from 6 to 15 years.

Ukraine lodged an extradition request in July 2015, which was granted by the various court levels in Estonia on December 22.  The decision was, however, challenged with a European Parliament deputy Yana Toom applying to the European Court of Human Rights.  Toom asserted that there were grounds for believing that Polyakov’s treatment would not meet international standards and that he could be tortured.

It is not clear if this was the reason that an Estonian court in February revoked the decision to extradite, saying that more information was required.  Whatever gaps the court found were presumably filled since on May 19, a final ruling to extradite Polyakov was passed.  Polyakov has been in custody in Ukraine since his extradition.

Worth noting that Polyakov’s lawyer Tetyana Montyan, for all her condemnation of Ukraine’s government and the charges against her client, did not criticise the conditions in which he is being held.

Montyan, a prominent and rather controversial Ukrainian lawyer, told a Russian-language Estonian website in September this year that she had not expected what she called “such an obviously political decision” from Estonian courts.  She suggests that “Polyakov’s fate was determined at a higher level, not without US involvement” and goes on to claim that the USA “organized a coup d’état and civil war in Ukraine and dragged virtually all of Europe into its geopolitical games”.

Montyan dismisses the charges as “cheap PR” by the SBU, and claims that nobody has ever recognized LNR as a terrorist organization.   She is also scornful of the evidence (photos from Polyakov’s mobile with him posing in camouflage, with weapons, against destroyed buildings, etc., as well as the medal).

Why, she snorts, should such “trivial problems” bother the security service of a country with a coup orchestrated from abroad?

Montyan’s view is clearly not shared by British prosecutors who have brought charges against 41-year-old Ben Stimson under the UK Terrorism Act.  He is accused of essentially the same activities for the Kremlin-backed militants in eastern Ukraine and with the proof mainly provided by photographs, as well as his candid comments in a BBC interview.

In that interview, the BBC pointed out that the UK Government has warned that "people who travel abroad to participate in conflicts may be committing criminal or terrorism offences and could face prosecution when they return to the UK".

One man is now facing precisely those charges, as is Vladimir Polyakov after another EU state, Estonia, agreed that there was a case to answer.  The defence in both cases appears to be focusing on denial of the men’s involvement in the fighting, not on disputing the essence of the – terrorism – charges.