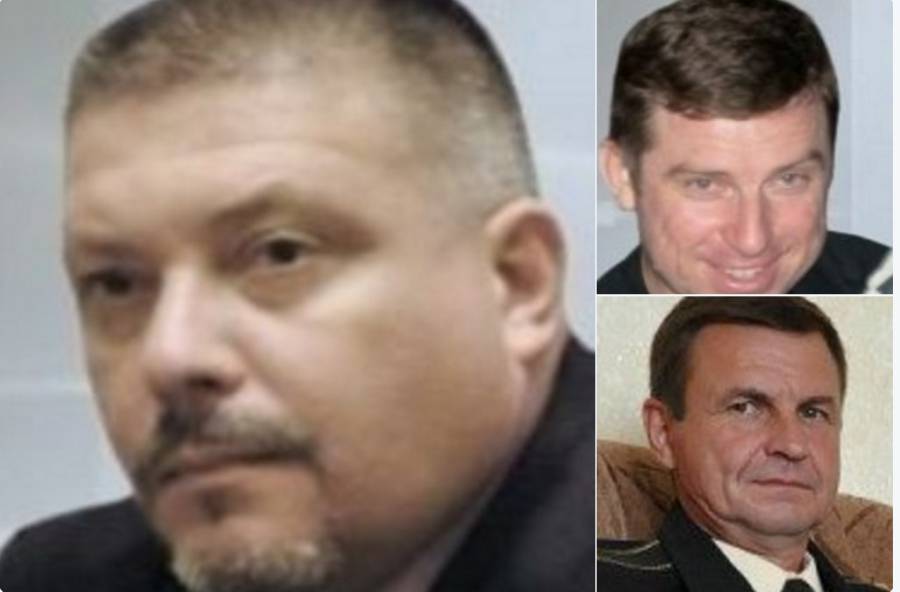 The FSB has posted videoed ‘confessions’ from two of its three alleged ‘Crimean saboteurs’,  both renowned academics, but has not allowed lawyers to see the men.  The third man, Volodymyr Dudka, a retired military man, was allowed to briefly see a lawyer and told her that his ‘confession’ was extracted through threats to his family.  His son now fears that his father will be pressured into rejecting an independent lawyer.  This, videos of airsoft weapons and a 2-year-old and much ridiculed ‘Right Sector’ business card, is how Russia’s FSB concocts its ‘Ukrainian saboteur’ cases.

The FSB issued a statement on Nov 10, informing that “members of a sabotage -terrorist group of the Ukrainian Defence Ministry’s Central Intelligence Department” had been arrested the day before.  The names were provided by Russian media, together with an FSB video showing Dmytro Shtyblikov being roughly detained, and then taken to his flat.  The search there, and of some kind of well, allegedly produced weapons, ammunition and a business card presented as ‘evidence’.  The card aroused hilarity two and a half years ago, after Russia claimed it had been found, untouched, in a totally gutted out car, and tried to use it to prove involvement of the right-wing nationalist Right Sector.  The airsoft weapons have also elicited only smirks from experts.

Nothing else about this case arouses humour.  Volodymyr Dudka is in ill-health with a cardiac condition and ulcer, and his family genuinely fear for his life.  Videos have been posted on YouTube of Shtyblikov and Oleksiy Bessarabov providing ‘confessions’ without any access to lawyers, and with their families having been unable to even learn where they are being held.

If any of this were true, why would the FSB need to prevent the men from seeing a lawyer?   The answer is provided by Dudka who explained clearly to his lawyer that he had confessed to things he did not do because of the threats against his family.

All of this suggests strongly that the FSB are fabricating another ‘trial’ based solely on confessions extracted out of men through torture or threats.

The new arrests have aroused concern both in mainland Ukraine and abroad.  In an appeal launched on Nov 13, a large number of academics, journalists and civic activists have condemned what they describe as the lawlessness of the Russian authorities in their illegal detention and attempts to foist terrorist charges on their colleagues – Dmytro Shtyblkov and Oleksiy Bessarabov, as well as on retired military officer Volodymyr Dudka.  It is clear that physical force was used, as well as methods of intimidation.

For almost 10 years Shtyblikov and Bessarabov researched issues of international and regional security and published a large number of texts in this field, as well as appearing in the media and expert meetings.

The authors of the appeal note that the absurdity of the charges against prominent experts is clear to all who had any dealings with the Nomos Centre.   They demand the men’s release and call on Ukraine to take all efforts to defend the men just arrested and all other innocent victims of repression, using also the potential of international organizations.  The appeal can be endorsed by sending an email to [email protected]

Russia’s first claims about Ukrainian ‘incursions’ into Ukrainian Crimea under Russian occupation were treated with open scepticism by the international community back in August 2016.  Then too the FSB produced ‘confessions’ from Yevhen Panov, Andriy Zakhtei and Ridvan Suleimanov.   Most is known about Panov, including the fact that the FSB prevented him from seeing the lawyer appointed by his family for two months.  Russia was finally forced to allow the lawyer to see him after Ukraine approached the European Court of Human Rights who demanded to know how Panov had received the injuries which are visible during his ‘confession’ and about access to a lawyer.  Panov managed to tell the lawyer that he had provided the ‘confession’ demanded, and to provide some detail of the torture to which he was subjected. Almost immediately after that meeting, Panov and Zakhtei were taken away and are now being held in Moscow, with the lawyer and consul prevented from seeing them.

These arrests began shortly after Russia’s invasion and occupation of Crimea.  Renowned filmmaker Oleg Sentsov, civic activist Oleksandr Kolchenko and one other opponent of annexation remain imprisoned in Russia, despite international condemnation of the grotesque charges and flawed trial.  The number of political prisoners is inexorably rising, with the FSB showing no concern for plausibility, nor the men’s health problems or family situation.