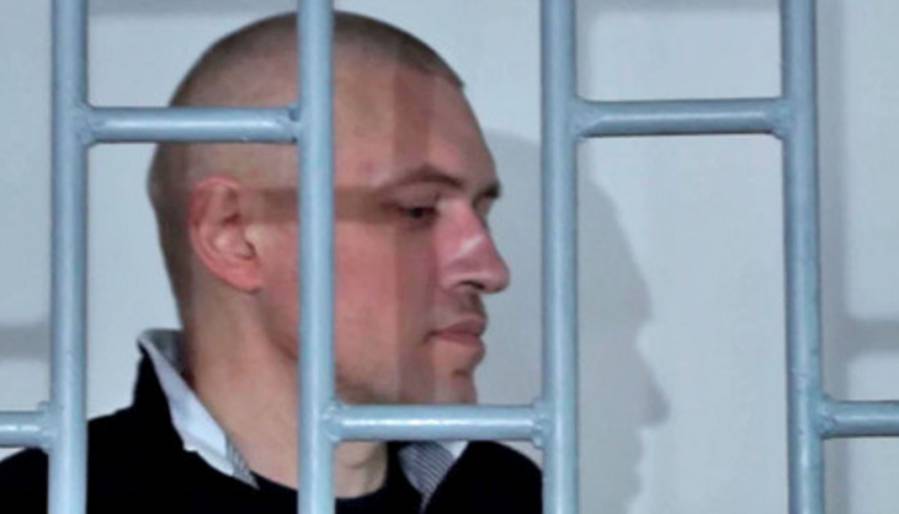 The sentence passed on Nov 21 adds only a month to Russia’s 20-year sentence against Ukrainian Stanislav Klykh, but its cynicism is of extraordinary brutality.  Klykh was accused of ‘contempt of court’, allegedly seen in his ‘insulting a prosecutor’.  The behaviour in question had been one of the numerous signs that Klykh was in a seriously disturbed state after the 10 months in which Russia held him totally incommunicado, subjecting him to torture and filling him with psychotropic drugs.

Caucasian Knot reports that on Nov 21, Judge Akhtem Shailov from the Zavodsky District Court in Grozny convicted Klykh of ‘insulting a prosecutor’ and sentenced him to 240 hours of compulsory labour, with this being replaced by one month’s imprisonment.  It seems that the prosecutor demanded 1.5 months’ imprisonment, but there are no grounds for seeing Shailov’s sentence as lenient.  There had been no ‘contempt of court’, and the very prosecution was a cruel mockery of Klykh.

There had never been any investigation into both men’s allegations of torture, including, in Klykh’s case, the application of psychotropic drugs, nor any independent psychiatric assessment.  His lawyer Marina Dubrovina had sought a psychiatric investigation from the outset, but any checks carried out were totally perfunctory (details here).  An examination was finally ordered in January after Klykh showed overtly disturbed behaviour in court.  The ‘examination’ by the Russian prison service’s psychiatrists resulted in Klykh receiving an improbable clean state of health and then being forcibly administered unidentified drugs. These were probably heavy-duty tranquilizers, but his lawyer’s attempts to ascertain their nature were fruitless.

Klykh and Mykola Karpyuk were sentenced in May 2016 to 20 and 22.5 years’ imprisonment, respectively, in what Zoya Svetova, a prominent rights activist,  has called  “one of the most insane and monstrously falsified prosecutions initiated against Ukrainian nationals since the annexation of Crimea”.

Russia claimed that Klykh and 53-year-old Karpyuk had (together with Yatsenyuk, Yarosh, etc.) taken part in fighting in Chechnya 20 years ago and that during battles in Dec 1994 and Jan 1995 they had killed 30 Russian soldiers.   Karpyuk was accused of creating and leading a band called ‘Viking’ and Klykh of taking part in it.  The case was entirely based on their ‘confessions’ extracted during the period when they were deprived of contact with their families, real lawyers and the consul. The only other ‘evidence’ came from provably wrong testimony provided by a Ukrainian national Oleksandr Malofeyev already serving a 23-year sentence and directly dependent on the Russian prison authorities for life-saving medication.

Of the 30 Russian soldiers who died, 18 were killed in another place altogether, and a further eleven were not killed by gunfire, as the prosecution claimed.   Only one man had died, as per the prosecution’s story, of gunfire, but not from the type of gun that the investigators claim was used.

Historical fact, alibis and the sheer absurdity of most of the ‘confessions’ proved immaterial both to the first instance court and to Russia’s Supreme Court which on Oct 26, 2016 upheld the sentences.

The impact on Stanislav Klykh has been devastating and he very clearly needs an independent psychiatric assessment and to be released on medical grounds.  Instead, Russia has concocted a second, monstrously cynical ‘trial’.