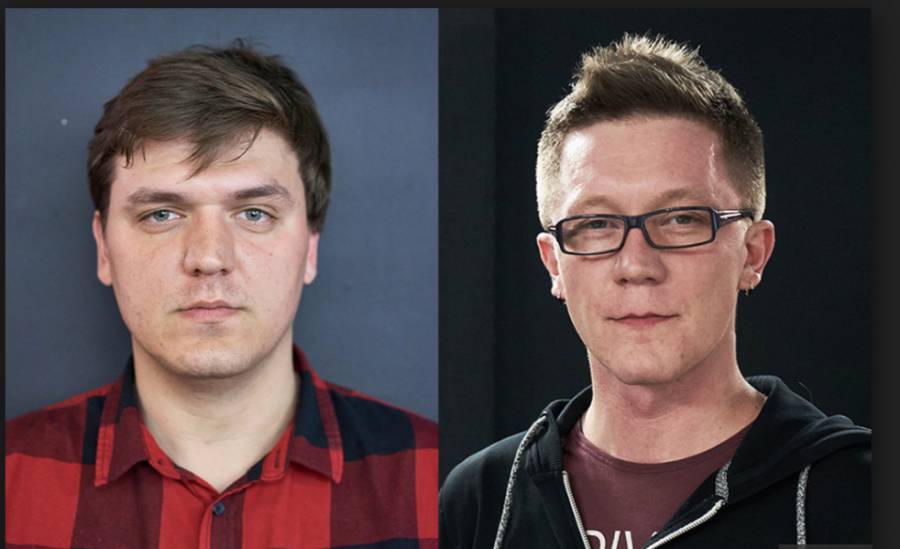 The Kremlin-backed militants of the so-called ‘Donetsk people’s republic’ [DNR] have banned two journalists from one of Russia’s only independent media from entering militant-controlled territory after claiming that the men ‘defamed’ them.  Like Novaya Gazeta’s Pavel Kanygin, Sergei Yerzhenkov and Vasily Polonsky were first ‘detained’ by the militants’ security service’, though, unlike Kanygin, they were only threatened with machine guns, but not physically beaten up.  Yerzhenkov suspects that the lack of physical violence was because his colleague had managed to alert Dozhd that they had been seized and their abduction had therefore been widely reported.

Yerzhenkov explained to Hromadske Radio that he had been speaking with people who insisted on total anonymity, but who were prepared to provide them with information about how ‘business’ is run in the so-called ‘republic’.  These cannot be called ‘opposition figures’ as such, he says.  It’s just that Moscow appears to be reducing the money it gives, and when the resources are diminishing and everybody wants their cut, you end up with an internal struggle.  The journalists had used this as an opportunity to find out more, he explains.

Yerzhenkov says that it had become clear the day before that they were been watched, then at about 20.00 there was a knock on the door, with the militants claiming to be neighbours.  The journalists opened and found themselves facing machine guns.  There were around 5 or 6 men who claimed to be from the DNR ‘security service’ and accused the journalists of “defaming and denigrating their republic”.

They had only been in Donetsk for a day and a half, and had scarcely had time to ‘defame’ anybody. The journalists therefore assume that the surveillance was because of the people they were meeting.

It was as they were being taken to the so-called ‘state security’ headquarters that Yerzhenkov heard the way one of the men detaining them spoke and recognized a fellow Muscovite.   It thus turns out, he says, that the main guy was probably the person overseeing things from Moscow, or from the FSB (Russia’s security service).

The two were held in the ‘security service’ building for around 6 or 7 hours, with a guy of Georgian appearance pointing a Kalashnikov at them, while the other militants removed all recordings from their memory drives.

After 3 hours, the Muscovite, who identified himself only by name and patronymic as Sergei Nikolayevich, returned and told them they were being permanently expelled from ‘DNR’.

They were driven in a jeep to the border where the militants greeted the Russian border guards and told them that the journalists needed to be taken to Rostov.  Yerzenkov notes that considering Russia does not recognize ‘DNR’, he has a question for the FSB. “Since when have men armed to the teeth with Kalashnikov rifles wandered along the Russian border, greeting and enjoying informal relations with our border guards?”

The question can be answered virtually to the day in 2014, but is rhetorical.  The chances of an internal investigation achieving anything are next to nil, however one other avenue is promising. Yerzhenko says that he has been contacted by people willing to help him apply to the European Court of Human Rights.  He points out that if you remove all emotion, and concentrate merely on Russian, Ukrainian and international law, then the situation is quite clear. They were effectively abducted by an armed band with no legal status and unlawfully detained and taken out of the country.

In June 2015 Novaya Gazeta’s Pavel Kanygin had a gun pointed at his head and was beaten up a day after he reported a mass protest in Donetsk against the Kremlin-backed militants using civilians as shields and shelling from within the city.  He was then also taken across the border and refused permission to return.

Russia’s Investigative Committee refused to initiate criminal proceedings over the detention and effective assault on Kanygin.  This was predictable but in marked contrast to the Investigative Committee’s vocal protest over Ukraine’s expulsion of pro-Kremlin journalists working for the propaganda channel Life News and similar.

All Russian government-controlled and / or pro-Kremlin media have from the beginning actively collaborated with the militants in Donbas.  This was the reason that the militants’ boasting of having downed another Ukrainian military plane was very widely reported in the Russian media before it became clear that the ‘Ukrainian plane’ this time was the Malaysian MH17 passenger airliner with the loss of 298 lives.  The militants’ claims and version of events are invariably presented as fact, even where they diverge radically from the reports provided by OSCE monitors and other independent observers.

In general, it has only been independent media like Novaya Gazeta and Dozhd that could be relied upon to report protests over effective war crimes being committed by the militants, the power struggle among the militants and other information which the militants deem ‘defamatory’.