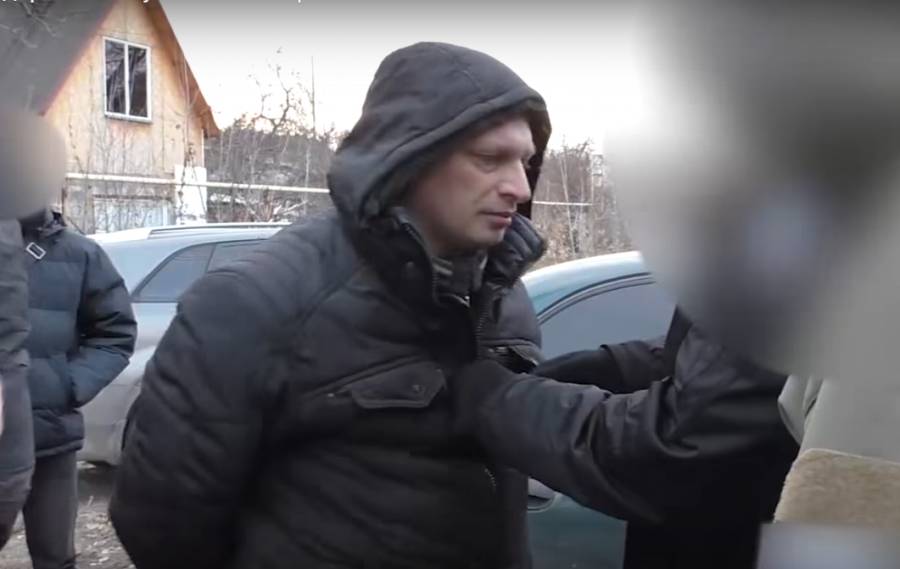 Militants from the so-called ‘Luhansk people’s republic’ [LNR] have taken a Luhansk Internet blogger Edward Nedelyaev prisoner, claiming that he circulated ‘extremist material’.  Like Vlad Ovcharenko, one of the football fans whom the militants seized early in October, Edward Nedelyayev spoke openly to German Bild journalist Julian Röpcke this summer about “Life in Putin’s republics”. Both men and others are now accused of ‘state treason’ and ‘spying’.

Writing under the name Edward Ned and @Edward_Luhansk, Nedelyaev did not conceal his attitude to the militants, to life in ‘LNR’ and Russia’s part in the conflict.  It seems likely that he was equally blunt in his conversation with Bild correspondent Julian Röpcke who reported on Tuesday that “another brave Ukrainian” he had spoken with had been “captured by the Russian proxy terror regime”.

The official militant information agency reported on Nov 29 that men from the so-called ‘LNR ministry of state security’ had detained the blogger whom they claim to be linked with the Ukrainian Aidar Battalion.  This, the report said, “was in the course of search operations aimed at ensuring the information security of the Luhansk people’s republic”.   They had identified Edward Ned who, they alleged, had “circulated material on social networks which experts assessed as extremist”.

The militants are increasingly following Russia’s FSB in producing video material with supposed ‘finds’ that cannot be verified and, often, ‘confessions’ from men who are totally under their control.

In this case, they show Nedelyaev being pinned down and ‘arrested’, and then taken to two premises, where the militants’ camera focuses on dollars found, on equipment that could perhaps be used for passing on information, and on such dead incriminating items as a map of Ukrainian roads.  It is claimed that the ‘investigators’ have established that Nedelyaev had firm links with officers of the Ukrainian Security Service and the nationalist battalion Aidar, and that the money was “intended for carrying out destructive work in LNR”.   The LNR representatives say that he has been charged with ‘state treason’, and that criminal proceedings have been initiated under articles 335 ‘spying’ and 343 ‘inciting hatred or enmity’.

The alarming charges are totally unsubstantiated.  Although there are partisans throughout the territory under militant control, these are people who deliberately maintain a very low profile.  Nedelyaev is a blogger who openly tweets or retweets highly critical comments about the militants, and was not afraid to speak with a foreign journalist about his views.  The same applies to Vlad Ovcharenko and Artem Akhmerov, the two young Zarya football fans whom the militants seized on Oct 10 and who are also accused of ‘state treason’.

According to volunteer Anna Makrousova, who is herself from Luhansk, since October this year there has been a noticeable increase in the number of civilians taken hostage by militants in the two self-proclaimed ‘republics’.   She says that they are receiving one or two phone calls about people being detained every day.