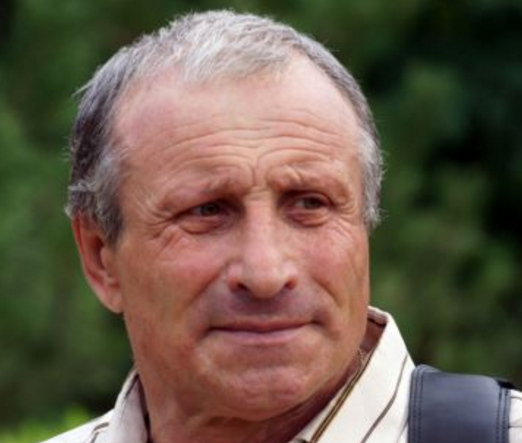 From political prisoners & punitive psychiatry to dissident writers being prevented from travelling abroad, the Soviet echoes in Russian-occupied Crimea are becoming increasingly pronounced. On Nov 28, Mykola Semena was not able to personally receive the Pavel Sheremet Journalism Award 2016 at a ceremony in Brussels.  The award was accepted on his behalf by the Chief Editors of Radio Svoboda and its Crimean Service, Krym.Realii.

It is certainly the case in most countries that a person facing criminal charges can have his freedom of travel restricted.  It is only in authoritarian states, and territory occupied by such a regime, that a person is prosecuted for views expressed in an article. The latter applies in Semena’s case.  The 59-year-old journalist has been charged with ‘public calls to action aimed at violating Russia’s territorial integrity’ for a text which makes it clear that Crimea is not Russia’s territory and expresses support for the Civic Blockade of Crimea, launched in September 2015 with very specific human rights demands,  such as the release of all political prisoners.

Volodymyr Prytula, Chief Editor of Krym.Realii read out Semena’s speech in which he thanked the Eastern Partnership Civil Society Forum for the award which he views as being important moral support for all Crimean journalists continuing to honestly inform Crimeans and the world about what is really happening in annexed Crimea.

He spoke of his slain colleague Pavel Sheremet and stressed that it was a matter of honour for Ukraine to find those responsible for ordering this foul crime.

Semena views Sheremet’s killing as an attempt to intimidate journalists throughout the post-Soviet realm.

“In my native Crimea, occupied and annexed by Russia in 2014, this has virtually succeeded. Free journalism on the Crimean Peninsula has currently gone underground.”  Semena spoke of the use of repressive legislation to stifle civil liberties and specifically mentioned the banning of the Mejlis or representative assembly of the Crimean Tatar People, killings and abductions of civic activists and Crimean Tatars, as well as the recent theatrical imitation of catching ‘Ukrainian saboteurs’.  Searches; threats; pressure on families; wiretapping and other forms of surveillance are now the standard practice by the FSB [Russia’s security service] against independent journalists and bloggers.

“Through the fault of the Kremlin, not only have human rights and the law been violated on Ukrainian territory under occupation, but human life itself has been devalued.  Russia, its armed forces and security service have unleashed mechanisms of sophisticated political repression not seen since the Stalin and Hitler regimes.  Under false slogans of fighting terrorism and extremism they have launched a cynical offensive against dissident thinking and fundamental human rights.”

Mykola Semena was speaking with bitter experience about the sophisticated methods of surveillance and repression.  He is facing a possible 5-year sentence for an article, and has already been added to Russia’s Federal ‘List of Terrorists and Extremists’.  Since Semena has been formally charged and prohibited from leaving Crimea, but is not in detention, the move has serious practical consequences, with the move normally leading to the freezing of all bank accounts, etc.  He has also been prevented from travelling to Kyiv for important spinal surgery and could face permanent damage to his health.

The FSB carried out searches of the homes of Semena and six other journalists on April 19.  They removed computer technology from Semena’s home and, supposedly, “documents indicating preparation of an article of an extremist nature”.  Semena was taken away for questioning and was subsequently charged with making ‘public calls via the media / Internet to violate Russian territorial integrity’ under Article 280.1 § 2 of the Criminal Code.  This charge came into force in May 2014, and is now, as feared, being used, to silence protest over Russia’s invasion and annexation of Crimea.

Semena was alleged to have “made statements calling for isolationist measures, including military operations, to be carried out in relation to the peninsula and its residents.”  He did nothing of the kind.

“Yes, Ukraine will never bring war to Crimea, that’s true.  Because it [war] was brought there by Russia.  The fact that in Crimea there is no military action now, is to the credit of Ukraine, not of Russia.  Ukraine handed Crimea over when it was not in a position to defend it, but that doesn’t mean forever.”

There is no call to anything in the text except total support for a full blockade.

The level of surveillance in Russian-occupied Crimea is truly chilling.  Semena had long had the feeling of being watched, and the number of screenshots produced by the investigators indicate that they were recording every step of the process of writing the article.

These are indeed echoes of the worst Soviet past, combined with sophisticated modern technology.