Here’s Why Ukraine Failed to Get More IMF Funding 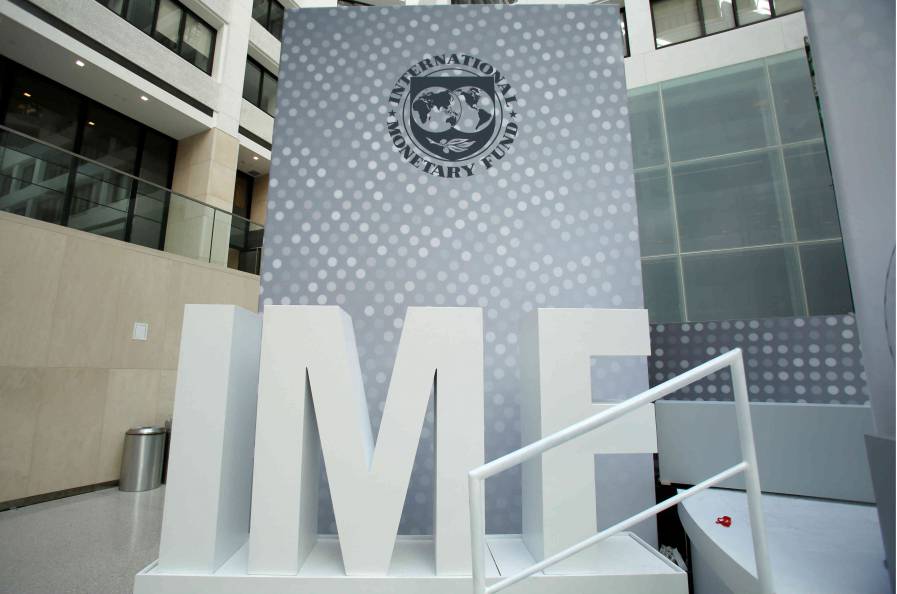 International Monetary Fund logo is seen inside the headquarters at the end of the IMF/World Bank annual meetings in Washington, US, October 9, 2016. REUTERS/Yuri Gripas

A mission from the International Monetary Fund (IMF) visited Ukraine November 3-17. The Ukrainian government had hoped that it would decide to give Ukraine another tranche of its four-year $17.5 billion loan package of March 2015, of which Ukraine has received $7.7 billion, but the answer was a resounding no.

The IMF is normally very diplomatic in its statements, but its language this time is uncommonly clear: “While good progress has been made, the authorities need some more time to implement policies to ensure medium-term fiscal sustainability—including adoption of the 2017 budget consistent with program targets—safeguard financial stability, and tackle corruption. Discussions on these policies will continue in the period ahead.”

In plain language this means that plenty remains to be done and that it will take quite some time. The IMF will not provide Ukraine with any more funding this year and it does not even give any hint when it may.

The IMF statement presents a large number of problems. First and most importantly it admonishes the Ukrainian authorities to focus on “accelerating reform of the large and inefficient state-owned enterprise sector, improving the business environment, and tackling corruption to attract investment and raise the economy’s potential.” Like everyone else, the IMF is concerned about the Ukrainian authorities’ failure to beat corruption in state enterprises and to stop corporate raiding.

This IMF statement does not spell it out, but one of its major concerns is that Ukraine has failed to legalize private sales of farmland. This is the biggest source of immediately available economic growth that the government has failed to utilize.

Another IMF demand is that Ukraine prepares a pension reform that “is crucial to reduce the pension fund’s large structural deficit, help reduce fiscal deficits and public debt, and create room to bring pensions to sustainable levels over time.” This is an important long-term endeavor, and the government needs to start it now.

Corruption is, of course, the overriding worry. On this point, the ever so diplomatic IMF is unusually explicit: “Decisive steps particularly need to be taken to fight corruption, which remains the most frequently mentioned obstacle to doing business in Ukraine. While there has been progress in setting up new institutions, including the National Anticorruption Bureau of Ukraine, and the publication of high-level officials’ asset declarations was a major step, tangible results in prosecuting and convicting corrupt high-level officials and recovering proceeds from corruption have yet to be achieved.”

Clearly the IMF does not trust the Ukrainian authorities to fight corruption. The Ukrainian government must convince the IMF that it is doing something about corruption either through deeds or credible policies. At present, the IMF statement indicates increasing suspicion of them.

This IMF statement is remarkable in that it pays little attention to fiscal and monetary policies, the main endeavors of the Ministry of Finance and the National Bank of Ukraine. The explanation is that both these institutions are performing well. Instead, the IMF mission devotes untypical attention to governance, specifically to corruption.

The IMF does not state when its mission will return, but what it clarifies is that it will not play ball unless the government gets serious about fighting corruption. The choice is up to Ukraine’s officials. The country does need more IMF funding to keep up with its international payment obligations, and this IMF mission amounts to a sad failure of will on the part of the Ukrainian authorities.

Ukraine badly needs to expand its international currency reserves that declined in October to $15.2 billion. The IMF offers Ukraine two great advantages. It provides the cheapest credits the country can get, and it also helps the nation’s best forces to drive through beneficial reforms. Therefore, Ukraine should stick with the IMF rather than try to attract expensive financing on the international credit markets.

Anders Åslund is a senior fellow at the Atlantic Council. He tweets @anders_aslund. An earlier version of this article was published by Novoe Vremya UA on November 26, 2016.