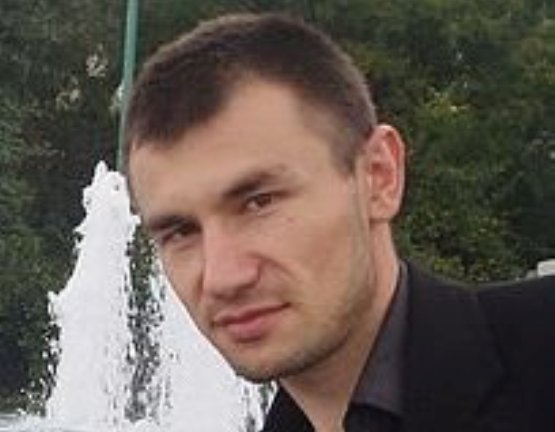 Emir-Huseyn Kuku, a human rights activist imprisoned in Russian-occupied Crimea on gravely flawed charges has been placed in a psychiatric clinic.  This is purportedly for a ‘psychiatric assessment’, but the lack of any grounds and forced hospitalization make charges of punitive psychiatry in his case and that of five other prisoners arrested with him warranted.  The timing was also brutally cruel since Kuku had been due in court for the latest remand hearing.  These hearings in his and the ever-increasing number of Crimean political prisoners bring no surprises from the Russia-controlled courts, but are an opportunity for family members to see their husbands, fathers or sons.  9-year-old Bekir would not have been allowed into the courtroom, but he was at the court building hoping to see his father.

Emir-Huseyn Kuku is the son of a veteran of the Crimean Tatar national movement.  When, within months of Russia’s invasion of Crimea, young Crimean Tatars begin disappearing without trace and armed Russian police carried out searches of homes and mosques, Kuku had to react.  He joined the Crimean Contact Group on Human Rights and was responsible for monitoring rights abuse in the Yalta region.

There are extremely strong grounds for believing that all measures against Kuku over the last 18 months – and these have been many and varied -  are politically motivated.  He and 18 other Crimean Muslims are now charged with alleged and unproven involvement in an organization - Hizb ut-Tahrir - which is legal in Ukraine.   Russia’s Supreme Court declared the organization ‘terrorist’ in 2003, with the decision kept secret until it could no longer be appealed.  No sensible grounds were provided, and the renowned Memorial Human Rights Centre considers all those convicted of such charges to be political prisoners.

In an impassioned appeal, his mother Munira Abduraimova has expressed her outrage at the actions of the law enforcement bodies, prompted by Russia’s FSB, in fabricating criminal prosecutions on such totally fabricated charges.

“My son was not involved in that organization.  He merely deeply studied the essence of Islam and strictly observed all its teachings.  Is this really to be deemed a crime?

My son is guilty only of being a member of a human rights organization and refusing to collaborate with an investigator from the Yalta FSB who demanded that he provide help in identifying ‘terrorists’ who didn’t exist and couldn’t exist among our people in Crimea.

Crimea always was and remains a peaceful region thanks to Crimean Tatars who even in the most different situations demonstrated restraint and common sense, and who managed to keep peace and calm and not turn our national Homeland into a trouble spot.

Could you really find ‘terrorists’ among such a courageous people?  Insane nonsense! “

She and the families of the other men illegally detained demand their release.

The victims of Russia’s annexation of Crimea include many children and not only because their fathers have been taken away.  There have also been cases where children are terrorised.  As reported here, an FSB officer turned up at Bekir’s school in April and took him aside.  The man told Bekir that his father had “got involved with bad men” and would spend 10-12 years in prison.

International NGOs, such as Human Rights Defenders and Amnesty International reacted to this harassment, but have largely failed to adequately address the obvious violation of fundamental rights in the ongoing imprisonment and charges against Kuku and the other18 men (more details here: Russia invades Crimea then jails Crimean Tatars, other Ukrainians for ‘terrorism’).

The situation with Emir-Huseyn Kuku stands out for more sinister reasons.  On April 20, 2015, Kuku was himself, almost certainly, the victim of an attempted abduction.  He himself described what happened.

He was set upon by two men who began with blows to the head, and continued beating him. His phone which was in an inside pocket began ringing and one of the assailants tried to grab his bag off him, and get to the phone.  At that stage he was still assuming that this was a robbery, although the men seemed much more concerned with physically overpowering him.  He explained on the video that he began shouting which made them beat him even harder, demanding in foul language that he shut up.

It was his shouts that probably saved him.  A person in a car recognized his voice and stopped, then others began running up, demanding to know what was going on.

Kuku, who was being held with his head to the ground, heard the word ‘police’ and demanded that the assailants show their ID.  They reacted with foul abuse, and had just begun brandishing guns when a white van drove up.  At least four masked men in full military gear with machine guns jumped out and demanded that the crowd disperse.  They violently forced Kuku into the van, and drove off, followed by some of those who’d stopped to help Kuku and feared he was being abducted.

In the van they proceeded to beat him, and he heard one of them on the phone tell somebody that they were being followed and needed to change cars.  It was clearly the fact that so much attention had been attracted that disturbed them, and they stopped the car and got out, obviously to consult by phone with somebody.

Those consultations resulted in a change of plans.  They stopped beating him and announced that they were going to carry out a search of his home.  When they got there, Alexander Kompaneitsev, a former Ukrainian SBU officer and turncoat, now working for the Russian FSB, appeared and stated that they were carrying out a search in accordance with a court warrant.

Popkov is convinced that the FSB were determined to prosecute the human rights activist, with the article of the Criminal Code a secondary consideration.  On Dec 3, 2015, new charges were announced under Russia’s notorious ‘extremism’ laws.  This was over material posted on his Facebook page, with no mention at all of Hizb ut-Tahrir.

Then on Feb 11, Kompaneitsev took part in the arrest of Kuku, Muslim Aliev, Envir Bekirov and Vadim Siruk.  In April, two very young men – Refat Alimov and Arsen Dzhepparov were also arrested on the same charges, linked with Hizb ut-Tahrir.

There is no evidence that any of the men are members of the organization, yet all have been held, together with others facing the same insane charges in the filthy and overcrowded Simferopol SIZO or remand prison.