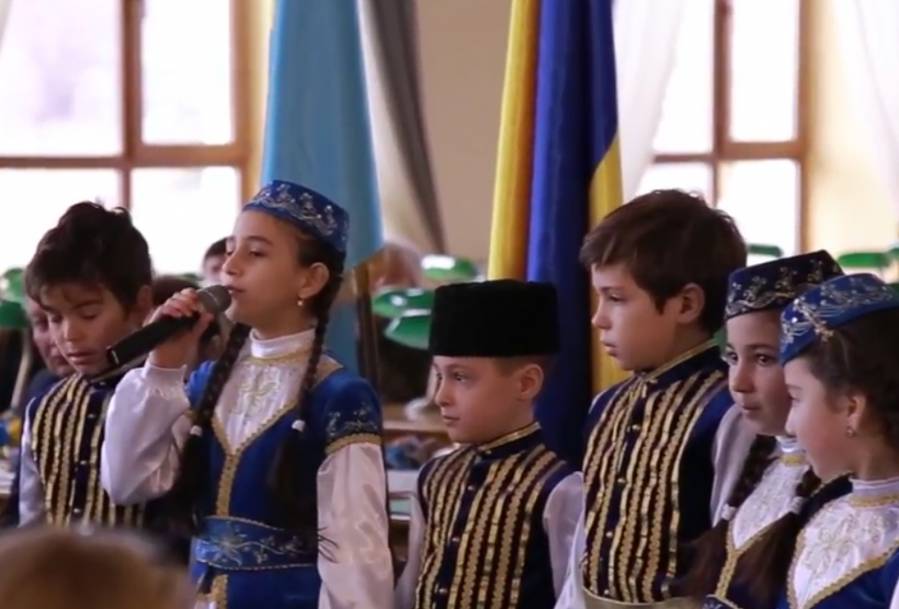 The children recited Lilia Budzhurova’s “When we return”, including the lines:

A special charitable action took place in Kyiv on Dec 11 to raise money and awareness of the youngest victims of Russia’s mounting repression in occupied Crimea.  There are at present at least 70 children whose fathers are imprisoned on politically motivated charges in Crimea or Russia.  Their families need financial, as well as moral support, and there is also urgent need for publicity for such cases.  Russia is increasingly using repressive measures it has applied with near impunity in its own country, and it is imperative that Ukrainians help ensure that it does not get away with similar behaviour in Crimea.

The action ‘Helping Hand’ was organized by the Mejlis, or representative assembly of the Crimean Tatar People, the Islamic Public Cultural Centre and other bodies.  Handicrafts were on sale, with some made by well-known artists, while others were the work of Crimean children who are living, together with their families, in exile in Kyiv.

Akhtem Seitablaev, a well-known Ukrainian theatre and film director who is himself Crimean Tatar, spoke at the opening of the fair.  He stressed that “in order for each of us and our families to have a future, for our country and our Crimea to have a future, all of us must together support our future.  That future lies in our children, their smiles and trust that we will do everything necessary for them”.

There were all kinds of different master classes, as well as traditional Crimean Tatar dishes, provided by Crimean restaurants in Kyiv.  Photos were displayed of all the current prisoners, as well as the many civic activists and young Crimean Tatars who have been abducted and / or disappeared without trace since Russia’s annexation of Crimea.  Some of the youngest victims will never see their fathers again.  Reshat Ametov, for example, who was abducted on March 3, 2014 from his lone silent protest outside the Crimean parliament and tortured to death, had 3 small children.

Other children come to the courtroom building in Simferopol for the chance to see their fathers from a distance as they are brought in for the latest formal extension of their detention.  Not all have even that chance.  The young son and daughter of Ukrainian filmmaker Oleg Sentsov have not seen their father for two and a half years.

The emotional scars left on children from armed searches by men with machine guns and seeing their fathers pinned to the ground and handcuffed can only be imagined.  There are, however, also material difficulties, with most of the Crimean Tatars now in prison being the sole breadwinner of the family.

After new arrests in May 2016 brought the number of Crimean Muslims arrested to 14, well-known Crimean Tatar journalist Lilia Budzhurova published a moving appeal for solidarity and support for children whose fathers were in custody on fabricated charges.  She was himself targeted just days after publication of the article ‘Now these are our children’ and issued with a formal warning of “the inadmissibility of extremist activities”.

She did not let herself be intimidated and established the civic initiative Bizim Balalar [Our Children] which provides held to the children of Crimean political prisoners and the families of those who were abducted or disappeared.  It was reported in October that Bizim Balalar is now discussing ways of engaging more individuals willing to provide assistance  ensure that the current amount of monthly assistance per child can be maintained.  The civic initiative is accepting toys and other items for the family, as well as trying to organize holidays and medical care for the children and psychological rehabilitation.

It is difficult to know how actively people abroad can financially assist Crimean families.  Russia has brought in all kinds of repressive laws, including one that makes it possible to call just about any activities ‘political’ and thereby impose massive restrictions on an organization, claiming it to be a ‘foreign agent’.

It is certainly possible to send letters to the prisoners themselves, via the Mejlis (see the address below) and perhaps small toys and other items for the children.

What is also needed is help in bringing their cases to public attention and ensuring that all countries, including the USA under the next President, put pressure on Russia to stop grave rights violations in Crimea. 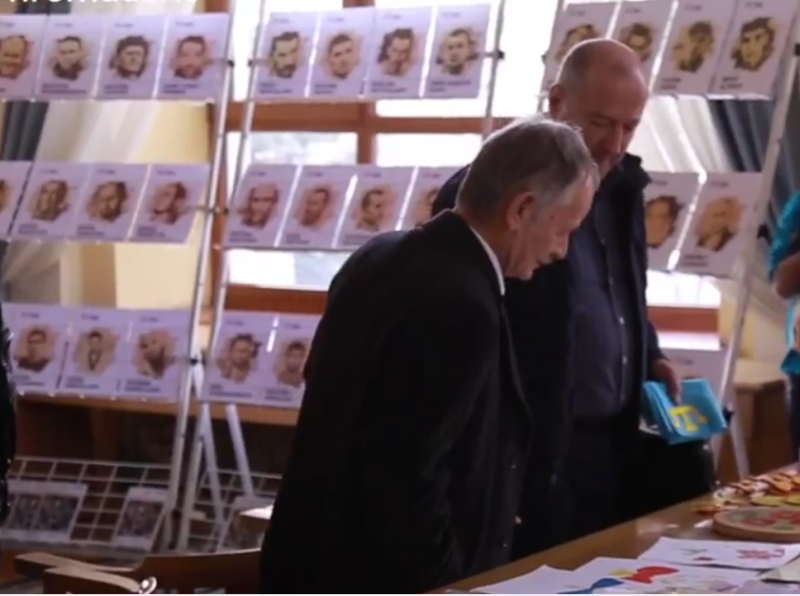 19 Crimean Muslims are imprisoned on unsubstantiated charges of belonging to a totally peaceful organization (Hizb ut-Tahrir) which is legal in Ukraine and most countries (more details here: Russia invades Crimea then jails Crimean Tatars, other Ukrainians for ‘terrorism’)..

Crimean Tatar leader Akhtem Chiygoz and two other Crimean Tatars - Mustafa Degermendzhy and Ali Asanov have been in custody for between a year and a half and almost two years on surreal charges linked to the pre-annexation demonstration that foiled Russia’s attempt at a coup without using Russian soldiers.

Oleg Sentsov, civic activist Oleksandr Kolchenko and Oleksiy Chirniy have been imprisoned in Russia for over two years.

Oleksandr Kostenko has been imprisoned since his seizure and torture by the Crimean police and Russian FSB in February 2015.  He is the first of two men (as well as Andriy Kolomiyets, who is not from Crimea) whom Russia has with incredible contempt for fundamental principles of law prosecuted and sentenced to long terms of imprisonment over alleged actions during Euromaidan in Ukraine’s capital.

Where addresses are available, they can be found at the hyperlinks above.  Otherwise please send any letters, etc. to: