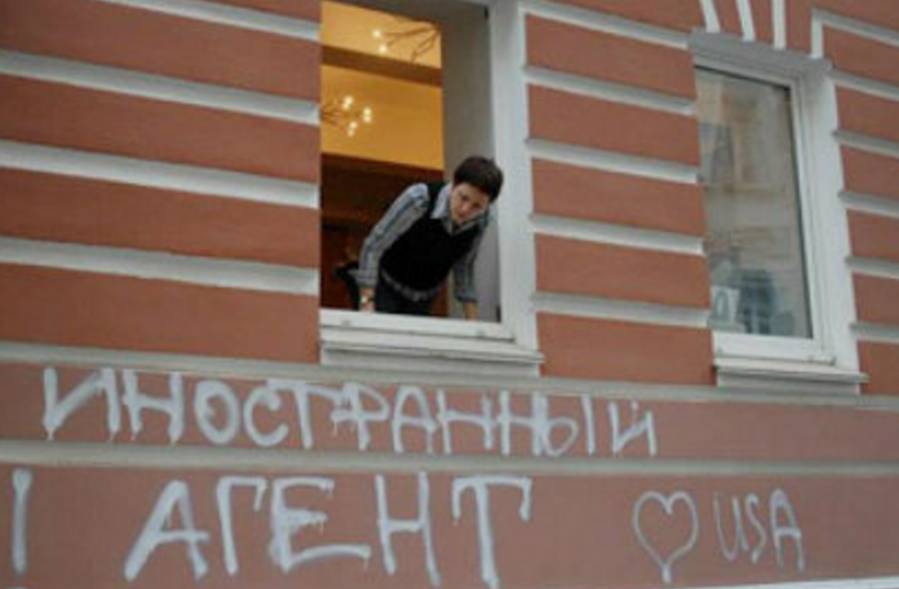 The Zamoskvoretsky District Court in Moscow has rejected the application lodged by the renowned International Memorial Society to be removed from Russia’s notorious list of so-called ‘foreign agents’.  The move was, unfortunately, expected, however Memorial will be appealing against the ruling.

Russia’s Justice Ministry announced the forced labelling of the Memorial Society as  a ‘foreign agent’ in October this year.  The four grounds cited include the fact that Memorial had publicly called Russia’s actions in the East of Ukraine military aggression.

Memorial’s challenge was based mainly on the decision of Russia’s own Constitutional Court which has confirmed that an NGO with international status cannot be a ‘foreign agent’.

It can be, it seems, when Memorial’s open statements in condemnation of Russian aggression, etc. annoy those in power.

The four points noted in the Justice Ministry’s decision were:

Its public criticism of the Law on Foreign Agents;

Its criticism of the decision to forcibly add the Andrei Sakharov Centre to the list;

A public statement attributing responsibility for the killing of Kremlin critic Boris Nemtsov to the regime.

Memorial has alo played a vital role in helping to name and ‘rehabilitate’ the victims of Soviet crimes, especially under Joseph Stalin.  During Vladimir Putin’s rule, there has been a steady move towards whitewashing the bloody dictator and saying as little as possible about his victims. Memorial recently published a database of those directly implicated in implementing the Terror, which is also likely to have antagonized those in power.

Memorial – the International Memorial Society, as well as some linked organizations like the Memorial Human Rights Centre – have all been under fire for a long time.

In Oct 2014, the Justice Ministry applied to the Supreme Court to get Memorial dissolved, but then in January of the following year withdrew its application.

In an interview to Radio Svoboda after the latest check was announced, Alexander Cherkasov, Head of the Board of Memorial, pointed to the absurdity of trying to call an  international NGO a ‘foreign agent’?  He noted that the Constitutional Court had left no scope for doubt in its April 2014 which confirmed that they cannot be called foreign agents.  Yet the check was ordered and is being carried out.

The Memorial Human Rights Centre was labelled a foreign agent back in 2013.  Memorial HRC has no political agenda at all, but it has for many years monitored human rights abuse in Chechnya and the northern Caucuses, and politically motivated prosecutions throughout the Russian Federation and, recently, Russian-occupied Crimea.

Cherkasov says that one of the results has been that they spend much more time and effort on total nonsense. They have to provide detailed reports to the justice ministry four times a year, and there is an annual check for which they have to provide a huge number of documents.

They received a large fine last year for material which wasn’t labelled ‘foreign agent’, and another such case, on the basis of a denunciation, is pending. They are, in fact, not putting ‘foreign agent’ on their publications, meaning that in principle, they could be closed.  Another problem is that some government structures refuse to work with organizations labelled as ‘foreign agents’.

Then in October 2015, the justice ministry came up with some very serious allegations against Memorial HRC, claiming that it was “undermining the foundations of the Russian Federation’s constitutional order” by forming negative public opinion “regarding the state policy undertaken by the highest bodies of State power; by expressing disagreement with the decisions and actions of the said Institutes of power, with the results of criminal investigations and court verdicts on high-profile criminal cases”.

The examples cited included Memorial HRC’s statement on July 29, 2014 that Russia’s actions against Ukraine fall under the definition of aggression.  “In the view of the organization’s leaders,  there was direct engagement by Russian soldiers in fight on the territory of another country. – against the legitimate authorities of a neighbouring country”.

Now the International Memorial Society has been attacked for the same reason.

The law on so-called ‘foreign agents’ was first passed in 2012.  Russian NGOs engaged in something termed ‘political activity’ and receiving any funding from abroad had to register as a ‘foreign agent’.  The law was boycotted by a lot of civic organizations, so in June 2014 Putin signed into force a law which allows the Justice Ministry to forcibly include organizations on the register with this significantly restricting their rights and possibilities.  A new law which Putin signed exactly one year later was slammed by rights organizations as being aimed at destroying civil society altogether.  ‘Political activity’ has been so widely defined that it effectively includes criticism of corrupt officials, or groups of citizens who band together in defence of socio-economic rights.