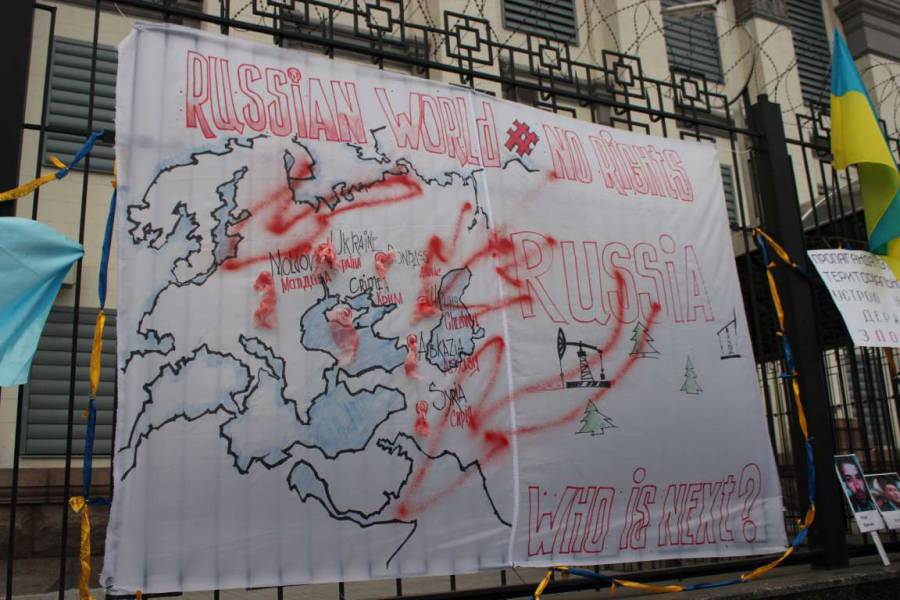 The UN General Assembly has, for the first time, named and condemned Russia’s actions in Crimea as occupation.  The resolution ‘On the human rights situation in the Autonomous Republic of Crimea and the City of Sevastopol (Ukraine)’ was adopted on Dec 19, after being initiated by Ukraine.

70 countries, including all the main democratic states, supported the resolution.  26 voted against, including Russia, Belarus, Kazakhstan, China and North Korea.  A further 77 abstained.

As well as openly calling Russia’s behaviour occupation, the resolution is important in identifying the grave rights violations under Russian occupation and demands the release of all unlawfully held Ukrainian citizens..

This was the draft copy

Recalling its resolution 68/262 of 27 March 2014 on the territorial integrity of Ukraine, in which it affirmed its commitment to the sovereignty, political independence, unity and territorial integrity of Ukraine within its internationally recognized borders, and relevant decisions of international organizations, specialized agencies and bodies within the United Nations system,

Recalling the prohibition under the Geneva Conventions of 12 August 1949 for the occupying Power to compel a protected person to serve in its armed or auxiliary forces,

Condemns the abuses, measures and practices of discrimination against the residents of the temporarily occupied Crimea, including Crimean Tatars, as well as Ukrainians and persons belonging to other ethnic and religious groups, by the Russian occupation authorities;

To uphold all of its obligations under applicable international law as an occupying Power;

To take all measures necessary to bring an immediate end to all abuses against residents of Crimea, in particular reported discriminatory measures and practices, arbitrary detentions, torture and other cruel, inhumane or degrading treatment, and to revoke all discriminatory legislation;

To immediately release Ukrainian citizens who were unlawfully detained and judged without regard for elementary standards of justice, as well as those transferred across internationally recognized borders from Crimea to the Russian Federation;

To address the issue of impunity and ensure that those found to be responsible for abuses are held accountable before an independent judiciary;

To create and maintain a safe and enabling environment for journalists and human rights defenders to perform their work independently and without undue interference in Crimea;

To permit the reopening of cultural and religious institutions;

To revoke immediately the decision declaring the Mejlis of the Crimean Tatar People an extremist organization and banning its activities, and repeal the decision banning leaders of the Mejlis from entering Crimea;

To cooperate fully and immediately with the Office of the United Nations High Commissioner for Human Rights, the Organization for Security and Cooperation in Europe and the Council of Europe on the situation of human rights in Crimea;

Requests the Secretary-General to seek ways and means, including through consultations with the United Nations High Commissioner for Human Rights and relevant regional organizations, to ensure safe and unfettered access to Crimea by established regional and international human rights monitoring mechanisms to enable them to carry out their mandate;

Urges the Russian Federation to ensure the proper and unimpeded access of international human rights monitoring missions and human rights non-governmental organizations to Crimea, recognizing that the international presence in Crimea is of paramount importance in preventing the situation from further deterioration;

Requests the Office of the United Nations High Commissioner for Human Rights to prepare a dedicated thematic report on the situation of human rights in the temporarily occupied Autonomous Republic of Crimea and the city of Sevastopol in accordance with the existing mandate and within the existing resources of the human rights monitoring mission in Ukraine, which is currently funded by voluntary contributions;