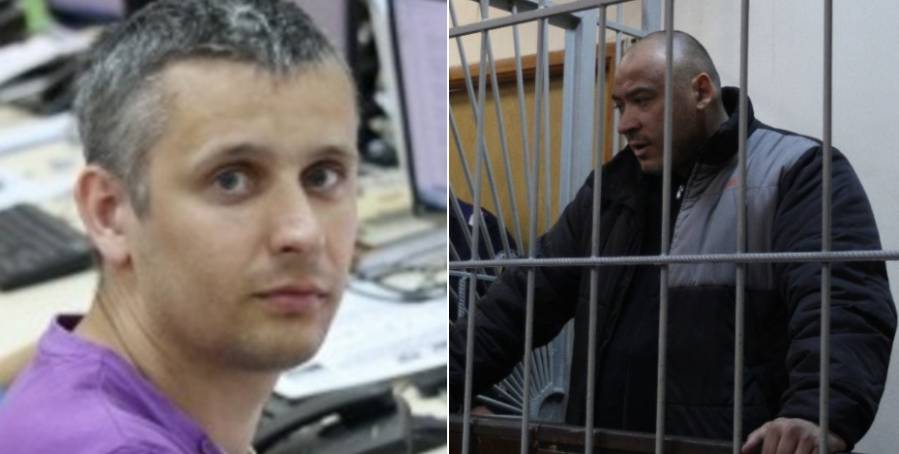 A man who has admitted taking part in the fatal attack on journalist Viacheslav Veremiy in February 2014 has once again been released from custody.  This is despite legitimate grounds for believing that if Yury Krysin does not simply go into hiding, he will continue his criminal activities.  This is, after all, the second criminal prosecution on serious charges that he has faced since his release from custody over the killing of Veremiy and can only heighten the suspicion that Krysin has connections who are helping him avoid liability.

43-year-old Krysin (‘Shkaf’) is reported to have long been part of a criminal gang with links to Yury Ivanyushchenko, a man notorious in his own right and a close associate of ex-President Viktor Yanukovych.

Krysin does not deny having been one of the titushki, or hired government thugs, who savagely attacked Viacheslav Veremiy after pulling him from a taxi late at night on Feb 18, 2014.  He is not accused of murder, since Veremiy died of a gunshot wound, after being shot in the back while trying to flee his attackers, probably by Dzalal Aliev (known as Dima Dagestanets) whose whereabouts are unknown (earlier reports that he had been killed in Donbas were not confirmed). .

Krysin was held in custody for a while, but claimed to be facing threats in the SIZO [remand prison] and was released under house arrest.  Then on Oct 15, 2014, the Shevchenkivsk District Court in Kyiv released him, demanding only a personal undertaking not to abscond.

That court’s decision, as well as its agreement to hold the session behind closed doors aroused anger and bemusement.  Krysin had, after all, been the leader of a gang of titushki who had beaten the journalist with a bat.  Vitaly Titych, who is representing Veremiy’s mother, suspected that the information that the prosecutor considered secret might link Krysin with other Euromaidan crimes.

Any fears that Krysin would abscond proved unfounded.  Vesti (the newspaper Veremiy was working for) reported that Krysin kept his head down for a while, but that he had become ‘active’ again in May 2015.  He was arrested, together with a lot of other men accused of a racket extorted money from transportation companies.

He was convicted of a weapons-related offence on March 17, 2016.  He received a suspended sentence, with a one year probation period.  This was already surprisingly lenient considering that he had been under criminal investigation for a serious crime, and bound by a signed undertaking when he committed the new offence.

He was arrested again 5 months later and on Aug 16, 2016, remanded in custody by the Pechersk District Court in Kyiv.  He was believed to be the head of a criminal gang which had made several armed attempts to seize ‘Narodna’ petrol stations.  During the search of his car, a combat grenade was found.

The charges are serious, and surely aggravated by the fact that Krysin was still within the probation term linked with the conditional 3-year sentence.

Yet on Dec 23, judges Oleh Palenyk, Denis Masenko and Oleh Prysyazhnyuk from the Kyiv Court of Appeal agreed to release Krysin from custody.  He is supposed to be under house arrest, with an electric bracelet under the control of the National Police.  Civic activist Maria Tomak commented bitterly that we all know what such bracelets and ‘control’ are worth.  It is two years since the first notorious release of Dmytro Sadovnyk a key suspect, accused over the killing of Maidan activists.  He too was supposed to be under house arrest and promptly disappeared.

The search of Krysin’s car also found operational material gathered about certain individuals which are only available to the police.  Tomak notes that Oleksiy Donsky, the prosecutor from the Special Department investigating crimes linked with Maidan, believes that this points to corrupt dealings and suspect connections.  He suggested this in court on Friday, with the reaction at very least odd..  One of the judges effectively dismissed the argument, calling it slander of the police.

Krysin is facing trial for crimes involving violence, and is certainly not showing any signs of wanting to give up such activities.  There is also evidence of text messages being sent to key witnesses in this last case, telling them to say they saw nothing when questioned. The likelihood that a defendant will attempt to put pressure on witnesses constitutes grounds for holding a person in detention, as of course do the risk of them absconding, flagrant breaches of conditions imposed, and the risk of violence.

Not, it seems, in Yury Krysin’s case.