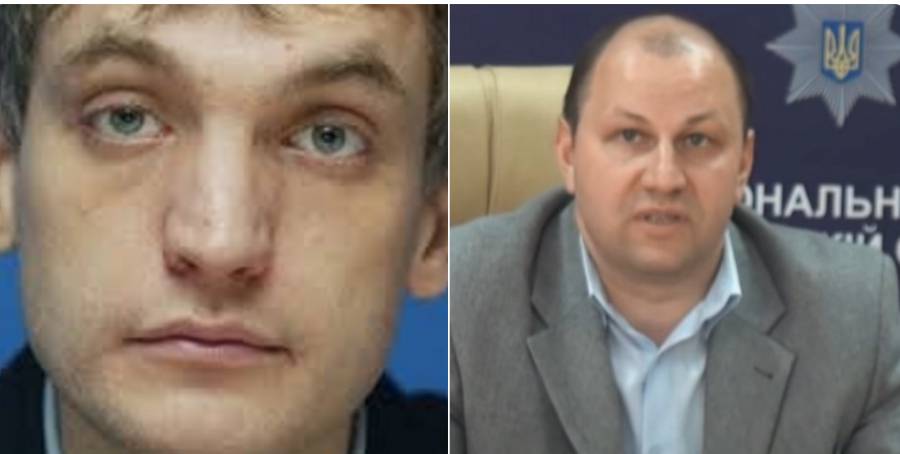 Ukraine’s National Anti-Corruption Bureau has announced the appointment, pending final checks, of a person to head its Odesa Territorial Department.  The choice has appalled many rights activists who remember Dmytro Rudenko’s active role in the politically-motivated criminal prosecution of Vinnytsa human rights activist Dmytro Groysman.  This appointment has also raised questions as to how a person with such a specific past came to be appointed head of the Khmelnytsky National Police back in May 2016.

The squalid criminal proceedings against Dmytro [Dima) Groysman ended in his ‘acquittal’ on August 12, 2013, almost exactly a week after the 41-year-old activist died of a heart attack.  The possibility of a prison sentence on grotesque charges had been hanging over him for almost 3 years.  The court in Vinnytsa “found no elements of a crime”.

Dima Groysman had been charged in connection with material posted on his Live Journal blog of “desecration of State symbols” and of disseminating pornography.  The main charge of “desecration” was in fact an image expressing protest over the former President’s failure to veto a law which failed to provide real measures to fight child pornography, while unwarrantedly restricting freedom of speech.  The “pornography” charges included re-posting of a video clip showing people similar to some well-known Russian figures which was openly available on You Tube.

It was clear from the outset that the activist was facing deliberate harassment because of his independent position and the work of his Vinnytsa Human Rights Group, particularly in helping asylum seekers.  His final address was read out to the court by friends.  In it, Dima had called the case against him “fabricated and far-fetched from the first to the last letter”, and had specifically referred to the two investigators - Oleksandr Soldatov and Rudenko – as unscrupulous implementers of a dirty commissioned prosecution.

If, as was reported, criminal investigations were ever initiated, they clearly led nowhere and less than 3 years later, in post-Maidan Ukraine, Rudenko was first selected for a top post in the National Police and now in the National Anti-Corruption Bureau [NABU].

For want of choice?

This is the third attempt to appoint a head of the Odesa NABU, who will be in charge of four oblasts: Odesa, Kherson, Mykolaiv and Kirovorohrad. The first ended in April 2016 with the appointment of the first deputy head of the Odesa Customs Office Semen Krivonos.  He later withdrew his candidacy after public outrage when it transpired that he was facing criminal proceedings for extortion and receiving bribes, and also had undeclared property.

Oleksiy Hrytsenko, member of the Public Group connected to the NABU has asserted that Rudenko was the strongest candidate and says that he was one of the two candidates shortlisted back in April 2016.  He apparently withdrew from the race and did not apply during the second attempt which fizzled due to lack of interest.  Hrytsenko gives no detail, simply saying that Rudenko was not that interested in the post.  In fact, within a month of the first competition, Rudenko was appointed head of the Khmelnytsky National Police.  At the time, he claimed that he had not run the investigation, and that he was handed the case in the very last week with 3 expert assessments already obtained.

This is dismissed as nonsense by lawyer Yevhenia Zakrevska who was a close friend of Groysman’s and has since lobbied for a ‘Groysman List’ which places Rudenko as one of the key persecutors.  Rudenko’s signature is on the ‘indictment’.

Whether or not Rudenko’s involvement in Groysman’s case was discussed in April 2016 in connection with the NABU post, the question was certainly raised in May 2016 when he was selected police head.  At a press conference in Vinnytsa on May 13, 2016, Rudenko was directly asked about the Groysman case. He first speaks of his contact with Groysman as though it was some kind of interesting exchange of views, then claims, as mentioned, that he arrived on the scene at the end of the case and starts reeling off the ‘expert assessments’.  He tries to minimize his role, claiming even to be unsure how many charges there were and essentially lays the whole onus on the judges.

All of this could have been checked against the available documentation and the charges themselves which seriously undermine Rudenko’s version of his role in the case.

He was nonetheless appointed Head of the Khmelnytsky Police and has now been selected to another top post.  The announcement on the NABU site stresses that this is subject to successful conclusion of a special check and lie detector test.  The problem here is that the law on such special checks suggests that a person who has already undergone such a test, as Rudenko would have in May 2016, must produce a document confirming this, and would presumably then not need to repeat it.

All of this is purportedly due to lack of choice yet Rudenko was 10th on the list of candidates from the point of view of his results in the standardized test.  Presumably the lack of more suitable candidates came out during the interviews.  Let’s hope that these were recorded, since the author is not alone in finding Rudenko’s ‘explanation’ of his role in the persecution of Dima Groysman unconvincing and his candidacy highly questionable.