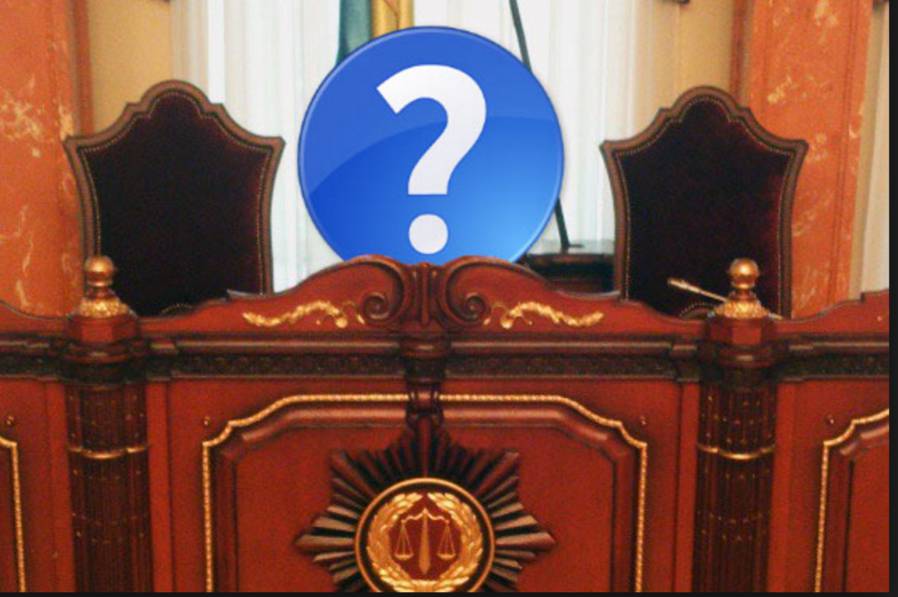 Among the candidates for posts in the Supreme Court [SCU] are the former President of the Court who justified Viktor Yanukovych’s draconian ‘dictatorship’ laws and judges involved in politically motivated prosecutions. The CHESNO civic movement has sounded the alarm to ensure that purportedly fair competition does not re-establish the heavily tarnished status quo.

Taras Shevchenko, a prominent media expert and one of CHESNO’s initiators, calls the competition for members of the Supreme Court one of the ‘top reforms’ in 2017 and its proper formation a “litmus test for the success of the entire judicial reform”.

On paper it all looks good, with Serhiy Kozyakov, head of the High Qualifying Commission of Judges, making much of the unprecedented participation in the competition of people from outside the judicial system.

That sounds excellent, however Shevchenko points out that the selection commission knocked out 45% of candidates from outside the system at the very first stage, while only 7% of the judges applying were not allowed to continue.  This means that of the 467 judges of the SCU, a maximum of 189 could be from outside the system.

Attempts to reform the prosecutor’s office over the last 2 years ran into similar problems with the selection process effectively sabotaged by the then Prosecutor General Viktor Shokin.

CHESNO rightly views it as imperative that the competition for judges of one of the main courts in Ukraine should be open and fair.  The procedure envisages the involvement of a Public Council, made up of representatives of NGOs.  Since their assessment – positive or negative – must be taken into consideration, it is vital that they receive full information.  CHESNO is therefore subjecting all candidates to close scrutiny and publicizing their findings. 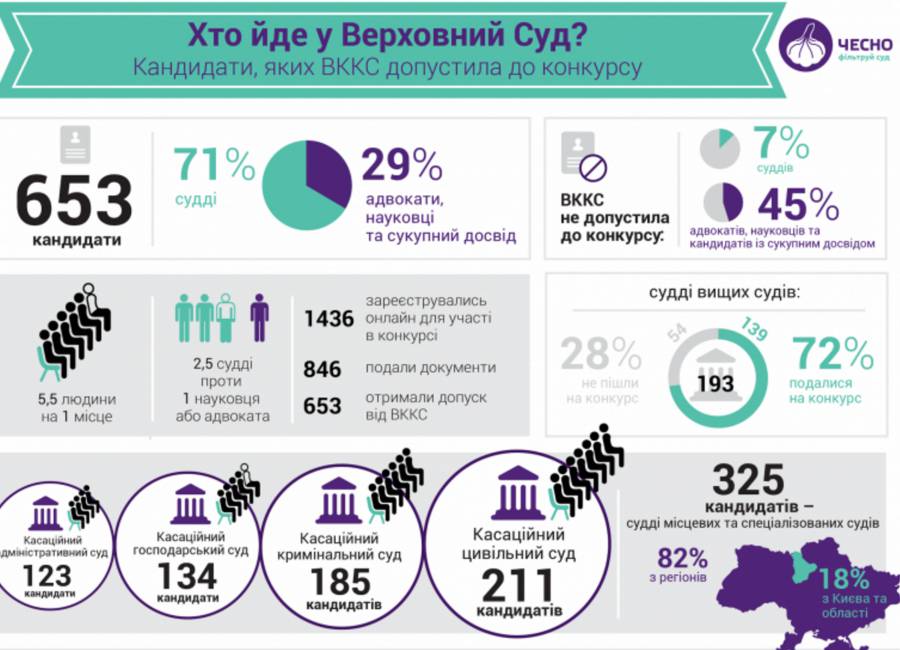 It is not known on what grounds the 45% of applications from defence lawyers and academics, and 7% from judges were rejected.  Certainly the former experience of some of those candidates standing for selection cannot be viewed as an advantage.

Yaroslav Romanyuk was appointed President of the Supreme Court under Yanukovych, shortly before Euromaidan began.

He is remembered in particular for his defence of the ‘dictatorship laws’ passed with gross violations on Jan 16, 2014.  These were draconian anti-protest laws, often cribbed from Russian legislation and clearly aimed at crushing the Maidan protests and arresting and imprisoning large numbers of activists.  It was after their illegal adoption that some Maidan activists publicly rejected the principle of peaceful protest.

The laws were condemned by virtually all Ukrainian civic organizations and by the international community.  Not, however, by Romanyuk who at a briefing on Jan 17 claimed that the laws complied with European standards, which they categorically did not.  He asserted, for example, that the European Court of Human Rights envisaged the right to impose restrictions and sanctions if “the human right to freedom of expression undermines public interests and public confidence in the court”.

His words came at a time when political opponents and peaceful protesters were imprisoned on openly fabricated charges, with public awareness of the degradation of the law enforcement and judicial systems among the compelling reasons for the Euromaidan protests.

Unsurprisingly, Romanyuk later also initiated a constitutional submission against the law on lustration, or removing high-ranking officials implicated in repressive measures under the Yanukovych regime.  The Supreme Court also claimed that it had carried out its own ‘lustration’ with Romanyuk remaining untouched.

Valentyna Simonenko is currently the head of the Council of Judges of Ukraine.  In November 2016, she claimed that the submission by judges of electronic income declarations “poses a threat for the independence of the judicial system since, after submitting e-declarations, several judges had been robbed”.  There were also people who tried to use the information, she asserted, “for pressure on the judges and their families”.

Interestingly, the person whose home, Simonenko claimed, was robbed, is also trying for a place in the court. Malvina Danilova was indeed robbed of 500 thousand USD, for which she also blamed the system of electronic declarations.  The problem with this, however, is that she had failed to declare the money!

Shevchenko believes that the very participation of Artur Yemelyanov in the competition seems like a misunderstanding.  Under Yanukovych, Shevchenko asserts, Yemelyanov epitomized judicial corruption and was constantly the focus of journalist investigations.  He is also suspected of having been behind the effective negation of the automated selection procedure, with judges instead being selected who could be relied on to hand down the ‘required’ rulings.  This was particularly evident with the politically motivated trials of Yulia Tymoshenko, Yury Lutsenko and others.

There are also judges whose relatives were dismissed for violation of their oath and are now continuing to work as judges, but in Russian-occupied Crimea.

CHESNO found that a staggering 80% of the 27 judges from the High Administrative Court applying for posts in the Supreme Court were themselves implicated in dodgy rulings.  19 of the 27 candidates have also been reluctant to take on cases aimed at removed compromised judges, and there are also a number who are millionaires, some of whom have been caught ‘forgetting’ to declare property.  Details about each judge, gleaned from open sources, are set out here.  Since some of the candidates from that court or others were involved in dubious rulings linked with Maidan, as well as earlier rulings helping Yanukovych consolidate his power by reinstating the 1996 Constitution and depriving Tymoshenko’s legal aid Serhiy Vlasenko of his mandate as an MP, the initiative is of critical public importance.

First photo from the Internet site Полтавщина, second from chesnosud.org