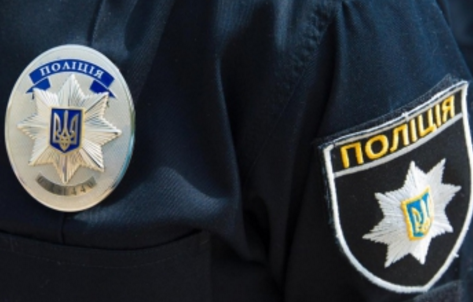 The consultative selection commission which is made up of three experienced law enforcement veterans from the USA, Canada and Denmark – John Montanio, Joseph MacAllister and Mikael Lungbo, respectively – and three Ukrainians – journalist Vitaly Portnikov, human rights activists Roman Romanov and Yevhen Zakharov, has decided not to report  on the results of the testing of candidates.  It decided at the very beginning of the competition to not comment on specific candidates or even name them until the commission has shortlisted the best candidates for interview.

The commission refused to allow journalists or members of the public into their meetings, considering that this would obstruct their work.

At the same time, our colleagues from abroad have said that they have never seen such an open competition as in Ukraine/  In their countries it is fairly standard for the candidate lists and the names of members of the commission to not be published.

However in Ukraine we have become used to open competitions when even all the meetings are broadcast on the Internet as they happen. Over the last week, journalists have simply accosted me, demanding information about the competition procedure, candidates, etc. I have therefore decided to write a little about it while remaining within the framework of the rules passed by the commission.

Firstly, a few words about my impressions of the commission.  It is working with incredible speed, clarity, precision and pragmatism, with all discussions lasting just as long as is needed for everybody to express their point of view on the subject under discussion.  There is nothing superfluous. Almost all decisions are taken by consensus. The regulations for the commission’s work were adopted over two hour-long sessions, admittedly from a draft which had been prepared in advance.  Such work gives a sense of real intellectual pleasure.

The competition procedure envisaged receiving resumes and covering letters from each potential candidate by Jan 9.  Since 45 candidates sent their documents between 4 and 8 January, translation of the final documents into English was only completed on 15 January.

We received 70 electronic applications, but 6 either didn’t include covering letters explaining their application or did not provide information in their resumes to make it clear where and for how long the person had worked.  Nor was this sent after being requested. The Interior Ministry did not even include those candidates for publication on the site, with only 64 names posted. The commission first removed those 6 people, then a further 14 who did not fulfil the post requirements stipulated by the law on the National Police.  These are that a person must have a full higher education in law, have worked in law for no less than 7 years and in a managerial position for at least 5 years.  With respect to 7 applicants, there was not enough information to be certain that they fulfilled the requirements regarding work experience and the commission asked for further information. Three of the seven provided it and were allowed to take part in the next stage of the competition, the test. The other four were taken off the list.

Thus 46 applicants were invited to take part in the test scheduled for 24 January. 2 sessions were planned – from 10 a.m. and from 14.00, with those having informed of a good reason for being unable to attend, invited to take the test on Wednesday.

On Monday evening three applicants withdrew from the race, and the other 43 took the test in the morning of Jan 24. Journalists who were invited to observe the test process did not see either the acting head of the National Police Vadim Troyan or the head of the Kyiv City Police Andriy Kryshchenko among the candidates. They tried to get an explanation, but members of the commission, in accordance with the regulations, refused to comment.  Towards evening Andriy Kryshchenko publicly stated that he was not taking part in the competition. As for Troyan, journalists found out that he is on leave and asked whether a test would be organized for him on Jan 27 when he comes back to work…

A few words about the test. The general skills test assesses the general intellectual level of the candidate and does not require any special knowledge outside what can be found in the school curriculum. The test determines ability for logical and analytical thinking, verbal thinking, abstract thinking, the ability to perceive cause and effect links. It is made up of 60 questions which the candidates have 90 minutes to answer. You get one mark for each correct answer, with the maximum score thus being 60. All of those who took part in the competition for posts in the patrol police took this test, as did police employees during attestation. At that stage the passing score was considered to be at least 25 points.

As anticipated, candidates for the post of the head of the National Police over all got better marks than police candidates overall. 14 applicants got less than 30 points; 13 received from 30 to 39; 12 from 40 to 49 and 4 got 50 or above. Younger candidates on average did better than those who are older and civilian candidates – attorneys and other lawyers working in business did better than current or former police officers. However it should be noted that some police officers also got high scores.

Over the next two days the commission will choose candidates to be shortlisted for interview and announce their names. The interview will take up to 3 hours, with no more than 2 applicants interviewed on each day, with a draw to determine the order. These will begin on Monday, Jan 30. During the interviews, a comprehensive check will be made of quality demands for head of the National Police as stipulated by the law and set out in the job description.

In concluding, I would like to warmly thank the Recruitment Centre of the National Police who have been extremely helpful in the running of the competition and the translators who have translated all texts into English, as well as providing simultaneous interpreting. Excellent work!