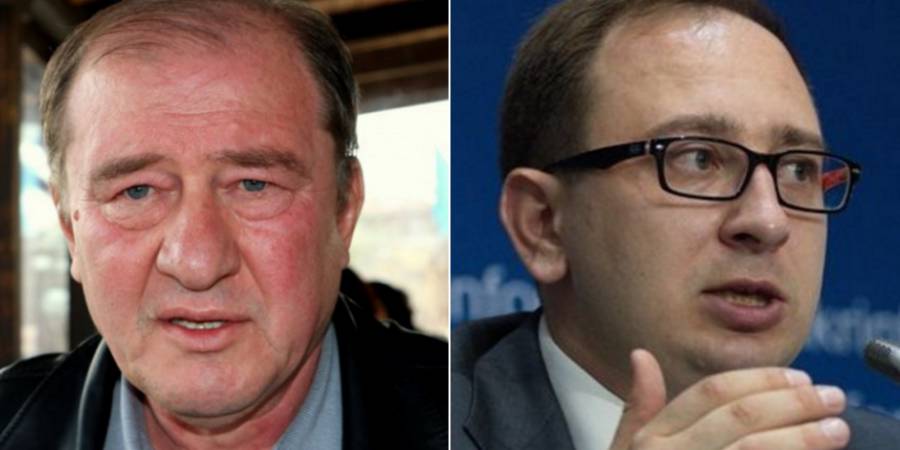 Instead of abandoning the extraordinary ‘separatism’ charges against Crimean Tatar leader Ilmi Umerov for rightly saying that Russia should stop occupying Crimea, Russia’s FSB are resorting to illegal measures aimed at preventing a well-known Russian lawyer from representing Umerov.  Nikolai Polozov was seized and held for several hours on Wednesday in what can only be called an abduction, since this was against his will and no court order had come into force.  Even with the lawlessness seen in Crimea since Russia’s invasion, this was a first and it is clearly aimed at putting pressure on other lawyers as well.

The FSB have been trying since September 2016 to use the absurd demand that Polozov be questioned as a ‘witness’ in the prosecution of Umerov as a ploy to have him removed as defence lawyer.   The questioning is over the circumstances of his legal counsel to Umerov which is secret information between a lawyer and his client, making the interrogation illegal.  This was recognized by Judge Denis Didenko who back in September rejected the first attempt to get a court order forcing the interrogation.

This cheering act of judicial independence was, unfortunately, overturned by the subservient Crimean Supreme Court under occupation.  Another ‘court hearing’ on the application from Igor Skripka, investigator in Umerov’s prosecution, was held on Dec 13 behind closed doors and without either Polozov or his lawyer, Oksana Zheleznyak present.  Viktor Mozhelyansky has gained notoriety for his willingness to pass dubious rulings, and this one was no exception.

The ruling was immediately appealed.  This automatically prevents the court order from coming into force, which the FSB officers who waved the document in Polozov’s face on Wednesday undoubtedly knew.

This travesty went on for around two and a half hours, and took place just two days after Polozov spoke as part of a delegation on rights abuses in Russian-occupied Crimea at the Parliamentary Assembly of the Council of Europe.  The lawyer himself believes that this is no coincidence and that this was a deliberate show of force and contempt for the law.   It is also a direct threat against him and other Russian lawyers if they continue to defend victims of political persecution in occupied Crimea.  Two prominent Crimean Tatar lawyers – Emil Kurbedinov and Edem Semedlyaev – have already come under intense pressure, and could face worse measures if the FSB succeed in frightening off Russian lawyers.

Skripka’s decision to carry out the effective abduction rather than waiting for an obedient judge to reject Polozov’s appeal may also be due to plans to present Ilmi Umerov an ‘updated indictment’ on Jan 27.

As reported, Umerov was summoned by Skripka on Dec 16 for a ‘pre-investigation check’, and other criminal charges against the Deputy Head of the Crimean Tatar Mejlis [representative assembly] appear to be planned.    Emil Kurbedinov later explained that Umerov had refused, as is his constitutional right, to give testimony, but that they expected new criminal proceedings to be brought in connection with a Skype interview Umerov gave a Kyiv TV channel (17 Kanal) on Dec 12, 2015.

The interview can be heard here.  Umerov explains on it that Crimea’s return to Ukraine cannot be achieved by military means since the peninsula is now so heavily militarized.  By now, he says, the amount of military equipment and weapons in Crimea has risen exponentially.  He believes that increased sanctions together with the falling price of oil and Russia’s mounting isolation will turn Crimea into an insurmountable burden for Russia.  He calls on Ukrainians to not give up on Crimea which is a part of Ukraine and worth fighting for, with the term ‘fighting’ in the context of his previous remarks clearly meaning through peaceful means.

Umerov was initially detained on May 12 and charged over an interview given to the Crimean Tatar ATR TV on March 19, 2016 in Kyiv.  In that interview he stated that Russia must be made to leave Crimea and Donbas and that sanctions should be increased. Russia is in all seriousness claiming that the interview contained “public calls to action aimed at violating Russia’s territorial integrity’. This is under Article 280.1, a new article introduced within months of Russia’s invasion and annexation of Crimea. It carries a mandatory 5-year sentence and is increasingly used to prosecute Crimeans and Russians for expressing the same position on Ukrainian Crimea taken by the United Nations, the EU, Parliamentary Assembly of the Council of Europe and all democratic states.

The fears expressed yesterday about Emil Kurbedinov and other courageous lawyers have unfortunately proven justified.  See: Russia resorts to open terrorization of lawyers & their families in occupied Crimea