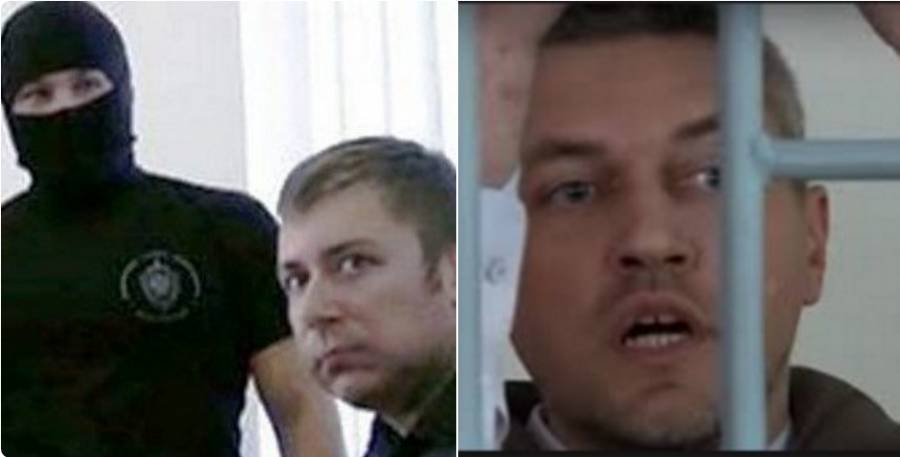 US President Donald Trump’s assertion in a recent interview that torture ‘works’ was shocking for several reasons, but it was also wrong.  Most people, subjected to enough pain, will provide any answer to stop the torture.  This is precisely why Russia’s FSB has systematically used such methods to imprison Ukrainian hostages.  Unlike Trump, Russian President Vladimir Putin sees fit to deny such methods, but how else do you explain ‘confessions’ to provably fictitious crimes and the constant attempts to prevent the imprisoned hostages from seeing lawyers?

Russia’s politically-motivated arrests and trials of Ukrainians began soon after it invaded and annexed Crimea.  Four Ukrainians from Crimea, including renowned filmmaker Oleg Sentsov, were arrested in May 2014.  They were held incommunicado for several weeks before the FSB announced their arrest, with televised ‘confessions’ from two of the men used to back extraordinary claims that the four had been part of a far-right terrorist plot, aimed at destroying major infrastructure in occupied Crimea.

Sentsov and left-wing civic activist Oleksandr Kolchenko have consistently spoken of the torture they were subjected to and denied all charges.  Sentsov, as a prominent figure and Maidan activist, was particularly targeted, with the FSB telling him that if he didn’t provide the testimony demanded, he would be made the ‘mastermind’ of the supposed plot and would rot in a Russian prison.

The only ‘evidence’ against Sentsov and Kolchenko came from the ‘confessions’ provided by the two other Ukrainians – Gennady Afanasyev and Oleksiy Chirniy.  They were tried separately with Afanasyev’s trial effectively in secret.  Both men received the minimum 7-year sentence for supposed terrorism.

The FSB had imposed secrecy over the trial of Sentsov and Kolchenko.  It became clear from the first day of the gravely flawed trial that there was nothing against the two men except the other two men’s testimony.  Chirniy appeared in court on July 30, refused to testify but did not retract his previous ‘confession’.  Afanasyev, however, on July 31, took the stand and stated clearly that all his testimony had been tortured out of him and that it was a pack of lies.  He has since repeatedly confirmed his retraction and given details of the torture methods used.

His retraction, Chirniy’s refusal to face questioning over his testimony, and the lack of any evidence or even sensible charges were all ignored by the court which sentenced Sentsov to 20 years, Kolchenko to 10.

The arrests and grotesque accusations were part of Russia’s undeclared war against Ukraine, with the state-controlled media playing an active role in broadcasting ‘confessions’ and embellishing them with entirely false accounts of monstrous crimes.

This collaboration between Russia’s politicized Investigative Committee and the media were to prove powerless against a courageous lawyer and the facts in one case.  Serhiy Lytvynov, a Luhansk oblast cowherd, was abducted in August 2014.  He was tortured into signing confessions to being a Ukrainian volunteer soldier and to having committed a whole range of crimes.  They would undoubtedly have been war crimes, as the media trumpeted, had the women and young girls he was supposed to have raped and murdered ever actually existed.  Not only the ‘victims’, but even their addresses were proven to be fictitious (more details here)

The lessons learned by the Investigative Committee were only about the methods needed to ensure that other similar trials went more smoothly. The trial of Mykola Karpyuk and Stanislav Klykh took place in Grozny, Chechnya, with thugs used to threaten defence witnesses and numerous other unlawful means.

Both men were effectively abducted and held incommunicado – in Karpyuk’s case for almost 18 months, in Klykh’s – for 10 months.  They had provided insane confessions to killings of Russian soldiers in Chechnya in 1994, supposedly together with former Ukrainian Prime Minister Arseny Yatsenyuk and other prominent Ukrainian politicians.

As soon as the men were provided with lawyers, they retracted all this nonsense.  There are scars and medical records to substantiate their claims of torture, the renowned Memorial Human Rights Centre has demolished the indictment as factually incorrect, and the two men can prove that they were in Ukraine at the time.

None of this has prevented Russian courts from sentencing them to over 20 years.

In general, the FSB and Investigative Committee try to prevent Ukrainians having access to proper lawyers.  Where possible they avoid open courts and inconvenient retractions of confessions altogether.  This was the case with Valentin Vyhivsky, who was abducted from Crimea and held without a proper lawyer until after a closed trial which sentenced him to 11 years for some kind of mystery ‘spying’ (details here).  The same methods of ‘persuasion’ are known to have been applied following the illegal arrests of Yevhen Panov and other Ukrainians accused of a ‘Crimean sabotage’ plot.  Panov, for example, was prevented from seeing his lawyer for two months after his seizure and the televised video of his ‘confession’.  He was finally allowed a brief visit, following intervention from the European Court of Human Rights, and immediately stated that all testimony had been given under torture.  He and Andriy Zakhtei were rapidly taken from Crimea to Russia where there were again efforts to make them reject their allegations of illegal duress (details here).

So does torture ‘work’?

It gets you confessions, certainly.  There are some people, like Oleg Sentsov, who withstand torture, but they are in the minority.  There are far more who will say anything, however untrue, to stop the agony.  Soviet dictator Joseph Stalin understood very well that you can often torture men into betraying their closest relatives.  He used to sit and listen.