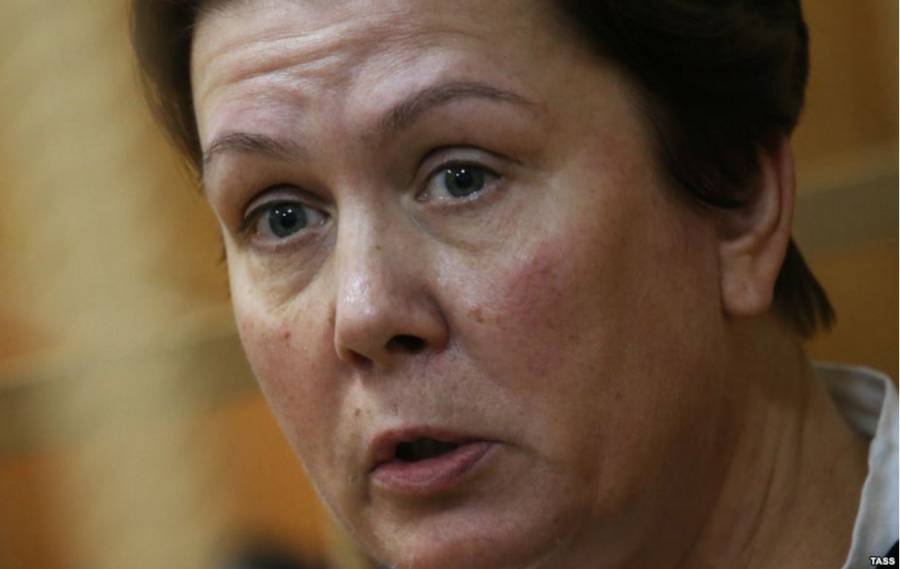 Natalya Sharina, Director of the Ukrainian Literature Library in Moscow, has been held under strict house arrest since her arrest on ‘extremism’ charges in late October 2015.  It is her unwarranted incarceration and the restrictions imposed on her that have now been challenged with the European Court of Human Rights, since her trial for supposed ‘incitement to enmity’ is still ongoing.

Her lawyer, Ivan Pavlov explains that the authorities have provided no sensible grounds for continuing to extend her house arrest, claiming only that she could try to abscond.  This is nonsense since the 59-year-old librarian’s passport has been taken away.  The refusal to allow her to leave the flat at all is having a detrimental effect on her health, as is the prohibition on using any form of communication.  Pavlov points out that even remand prisoners get a walk outside and the right to correspondence.

Sharina’s trial began in November 2016, by which stage she had already spent a year under house arrest.  She is accused of ‘incitement to enmity’ over material claimed to be ‘extremist’ and to have been found in the library.  She faces up to 5 years on that charge, and it was over this that she was arrested.  Many months later, the investigators came up with further charges, this time of ‘squandering on a large scale’.   The renowned Memorial Human Rights Centre declared her to be a political prisoner shortly after her arrest.

On Oct 28, 2015, armed OMON riot police officers carried out searches of the Ukrainian Literature Library, Sharina’s home, as well as that of the Head of the Association of Ukrainians of Russia, Valery Semenenko.

Sharina was taken into custody, and held in appalling conditions for the next two days,  Russia’s Investigative Committee reported that the then 58-year-old librarian was accused of ‘inciting national enmity or hatred, as well as of denigrating human dignity of a group of people on the grounds of nationality [i.e. Russians]” (Article 282 § 2b of the Russian Criminal Code).  The Investigative Committee asserted that from 2011-2015, Sharina, in her capacity as Director of the Library, had circulated prohibited books by Dmytro Korchynsky and added, without any further detail, that printed material had been removed containing “calls to anti-Russian state and anti-Russian propaganda”.

Both Sharina and her colleagues believe that the book by Korchynsky which was ’found’ must have been brought with the officers.  They say that it had been removed during a search of the library in 2010 and had not been returned.

The charge of incitement against a librarian for material allegedly held in the library is, in any case, grotesque, and is also in breach of Russia’s law on libraries which obliges librarians to hold all material which reaches the library.  It does not oblige them to familiarize themselves with all material held. There needs to be a deliberate act of propaganda to talk of incitement, etc., and none has been specified.

In April 2016, the investigators came up with the ‘squandering’ charges under Article 160 (§ 3 & 4).   Sharina is accused of having paid the lawyer representing her over previous charges attempted in 2010, but finally dropped from state funds, as well as of the fictitious employment of two legal consultants.

In June 2016, a ‘psycholinguistic’ assessment was produced of the other material taken away.  Yevgeny Tarasov was commissioned to examine 24 publications from the library and found ‘extremism’ in 22 of them, including the children’s journal ‘Barvinok’.

The trial began in the Meshchansky District Court in Moscow on Nov 2, 2016 and is ongoing.  Sharina pleaded not guilty to the ‘squandering’ charges and stated that she did not understand what exactly she is accused of with respect to the ‘extremism’ allegations.

She is not alone in not understanding what she is accused of.  Pavlov has, from the outset, pointed to grave flaws in the indictment.  The prosecution has not proven any intent to ‘incite’, and has not clearly defined either the supposed offence or Sharina’s alleged motive.  There is, quite simply, no evidence at all that a crime was committed.