Changes in Washington, Brussels, and Berlin: What Do They Mean for Kyiv? 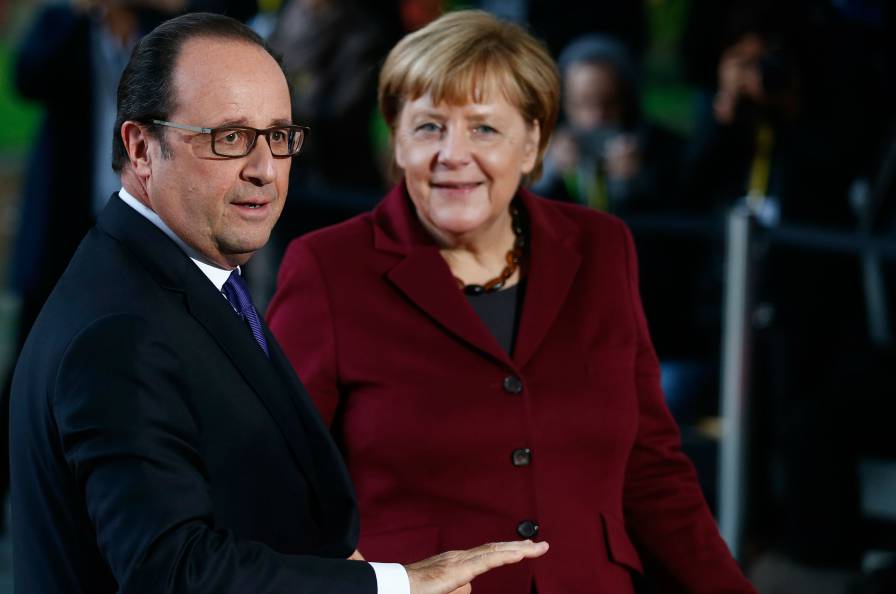 As US President Donald Trump introduces a new leadership style, political and economic crises play out in the EU, and tensions in Russia’s foreign and domestic affairs increase, the effects will be astutely felt in Ukraine—a country that has become a key battleground state in the confrontation between the world’s pro- and anti-Western forces. The resolution of the Ukraine question that emerged in 2014 has considerable importance for the future of US-Russian relations, the EU’s reputation as a democracy promoter, Eastern Europe’s transnational security, and Russia’s future self-image.

Ideally, Ukrainians would today be concentrating on implementing their large association agreement with the EU and their program to decentralize the country’s public administration system. Instead, Ukraine’s government and civil society have to navigate an increasingly complicated geopolitical setting. The country’s leaders must divert precious resources to foreign, security, and military affairs in order to secure the country’s stability and very survival.

Key questions for Ukraine in the coming months relate to the future positions of the United States and the EU on the Russian-Ukrainian conflict. This particularly concerns Moscow’s annexation of Crimea and intervention in the Donbas since 2014. In 2017, the United States and the EU may follow one another’s lead, or they may decide to counteract one another—and when that might occur, and in what manner, is unclear.

The signals coming from Trump’s team about Russia are contradictory. On one side are the president himself and some of his Russia-friendly advisers; on the other are his appointees to the State Department, CIA, and Pentagon, as well as many leading Republicans in Congress. The two groups have indicated different and at times starkly contradictory approaches toward the Kremlin. Which foreign policy will eventually come out of this? How will Trump’s likely attempt to reset US-Russian relations play out, and how will that affect Kyiv’s confrontation with Moscow?

In contrast, the EU’s future position hinges on several specific events this year, including the French presidential election. Who will win: Francois Fillon, Marine Le Pen, Emmanuel Macron, or another candidate? A few weeks ago, it looked most likely that Fillon would become France’s new president. Yet, the leftish independent Macron, a former protégé of the current president, now leads in the polls. Different preferences of the new presidents in the United States and France could lead of a softening of the EU’s position vis-à-vis Russia.

If Brussels did change its stance toward Moscow, will the governments of Britain and Canada which are critical of Putin be willing to play a new role in shaping the West’s policies toward Russia and Ukraine? There may be further political developments in the EU during 2017 that will affect Brussels’ position toward Moscow and Kyiv. Many worry that the current German approach to solving the security crisis in Eastern Europe cannot be sustained.

In 2016 when Germany held the OSCE chairmanship, the crucial topic of negotiations between Kyiv, Moscow, Berlin, and Paris in implementing the Minsk agreements became known as the Steinmeier formula, named after former German Foreign Minister Frank-Walter Steinmeier.

The crux of the Steinmeier formula is that Kyiv does not need to provide the so-called “people’s republics” of Donetsk and Luhansk with a special status, as envisaged in the Minsk agreements, after a mere fulfillment of the basic security conditions by Moscow and its proxies in the Donbas. The territories’ special status should only go into permanent force when and if the OSCE determines that a future local election there fulfills basic democratic standards. This means that elections would have to happen according to Ukrainian law, and with the full participation of Ukrainian state officials, political parties, mass media, and civil society, as well as in the unhindered presence of recognized international election observer missions.

To be sure, Germany and its international role is currently changing, and the Steinmeier formula may seem under threat. Berlin transferred the OSCE chairmanship to Vienna on January 1. Steinmeier will soon become Germany’s new Federal President; Sigmar Gabriel, another representative of the Social-Democratic Party (SPD), replaced him as minister of foreign affairs.

Most important, Germans will elect a new parliament in September 2017; the parliament will subsequently vote on a new chancellor, who will form a new government. It appears likely that Angela Merkel will continue as chancellor, but even if she doesn’t, the Christian Democratic Union and Christian-Social Union (CDU/CSU, essentially a united force) will likely remain the dominant governing party and nominate the new chancellor.

The only possible fundamental change in Berlin that cannot be excluded would be a replacement of the CDU/CSU’s current coalition partner SPD by the Liberal Democrats (FDP) and the Greens. Such a fundamentally remade cabinet could imply a somewhat revised German foreign policy after September 2017, if the foreign ministry gets under the control of a different party. Yet it is unlikely that these and other developments in Germany will change Berlin’s weight, diminish its position within the EU’s foreign policy formation apparatus, or change Berlin’s approach toward the Ukraine conflict. Germany will likely remain actively engaged in attempts to resolve the conflict, and will keep trying to bring the entire EU along. Thus, it is probable that the Steinmeier formula will continue to guide Berlin and Brussels’ approach toward the conflict in eastern Ukraine.

Why Support by a United West Is Needed

Yet for the Steinmeier formula to work, the current Western sanctions regime against Russia must be upheld. Without continuing pressure, Moscow will hardly agree to a return of control over the occupied territories in the Donbas to Kyiv or to an international peacekeeping mission, or to democratic elections in accordance with Ukrainian law. It is also unclear whether the West will be able to preserve its relatively united and consistent approach toward Russia.

Instead, the idea of a grand bargain with Russia could soon gain traction in both Washington and Brussels. While new diplomatic initiatives are welcome, they should not imply a softening of the West’s stance toward Moscow without substantial Russian concessions in Ukraine. Rather, a continuing violation of the Minsk agreements by Russia and its proxies should lead to a hardening of the Western position vis-à-vis Moscow, and an extension of the current sanctions regime.

Andreas Umland is a senior research fellow at the Institute for Euro-Atlantic Cooperation in Kyiv, general editor of the book series “Soviet and Post-Soviet Politics and Society,” and consulting editor for the “Journal of Soviet and Post-Soviet Politics and Society,” both distributed outside Europe by Columbia University Press.