Disabled Kherson volunteer tortured by Russian invaders for insane propaganda confession to ‘spying for Ukraine’ It"s back to the USSR as Russia tries to destroy Ukrainian identity on occupied territory Russia challenged over Crimean Tatar civic journalist’s death sentenceRussia deports Ukrainian children to orphanage in occupied Crimea condemned as a ‘concentration camp’‘When they saw planes, they fell to the ground…’Ukrainian works of literature and history banned as ‘extremist’ in Russian occupied Luhansk oblast We were allowed to go home on March 8th [International women’s day]. Russians kept residents of the Chernihiv region in the basement for a monthVital ECHR judgement opens way for Russia to be held accountable for MH17 and other war crimes in Ukraine ‘I remained in the occupation because I couldn’t leave my dog’Russia unleashes new wave of terror and arrests of Crimean Tatars in occupied Crimea Ukrainian civilians disappear without trace after the Russians claim to have ‘humanely deported’ themRussian invaders torture and "deport" Ukrainians for ‘extremist’ suport for Ukraine in Zaporizhzhia oblast Russia persecutes Crimean Tatars, destroys their heritage because they expose the lies about its annexation of Crimea Russia abducts and imprisons Crimean Tatar, then tries to mobilize him for its war against Ukraine Russia abducts and tortures Kherson official and his family for serving Ukraine Mariupol children forced to entertain and ‘thank’ the Russian soldiers who shattered their childhoodUN disbands Russian-blocked ‘fact-finding mission’ into mass killing of Ukrainian POWs at Olenivka prisonChildren to undergo compulsory military training in both Russia and occupied Crimea Abducted Ukrainian civic journalist sentenced to 7 years in brazen show of lawlessness in Russian-occupied Crimea Russians threatened to kill abducted Crimean Tatar’s family if he didn’t sign fake ‘confession’
• Topics / Politics and human rights 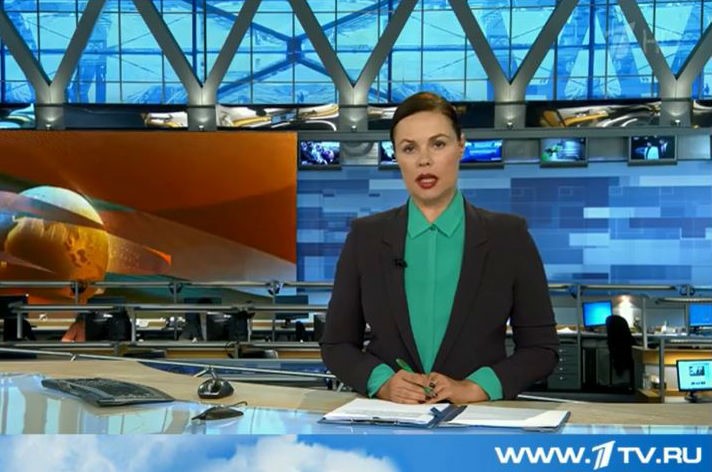 On January 16, 2016, Russia’s First Channel reported that a Russian-speaking girl named Lisa was allegedly raped by a gang of refugees in Germany. Credit: Courtesy Screenshot.

Russian disinformation is working overtime to undermine European democracies. Much of the disinformation in 2016 came from original Russian sources that presented poorly digested information designed to provoke and to push an agenda that the Kremlin finds favorable. It aims to disconnect ordinary European citizens from supranational EU institutions and national politicians.

With key elections in the Netherlands, Germany, and France this year, it is clear that Russia will try to use the refugee and migrant crisis that has battered Europe for its own foreign policy goals. By promoting the idea that the EU and local politicians no longer listen to ordinary people, encouraging inter-state disagreements among EU member-states, and implying that Europeans cannot help Ukraine, the Kremlin aims to weaken the EU’s internal cohesion, force it to drop sanctions, and accept Russia’s hegemony over its former republics in Eastern Europe.

This assault can have serious long-term consequences for Europe, which may soon have hardline anti-EU parties and politicians in power. Thus, identifying major narratives in Moscow’s disinformation campaign and debunking fake news and sensationalist false stories is crucial in the battle to combat foreign propaganda and disinformation. No doubt there are legitimate and serious issues inside Europe, but they are exploited by a hostile foreign power to make serious but solvable issues look apocalyptic and shift the attitude of local electorates.

Looking through the weekly EEAS Disinformation Review, we identified six narratives that Russian disinformation pushed during 2016:

1. Europe is facing Armageddon due to migration

Migration is singlehandedly portrayed as the evil force that will soon destroy “weak” European countries. For example, Russia’s leading state propaganda channel Rossiya 1 compared the disturbing migrant violence against local women on New Year’s in Cologne to “Kristallnacht.” Each time an event like that happened, Russian media rushed to emphasize the offenders’ refugee or immigrant status, even if they were EU citizens. For example, a Bulgarian national who kicked a woman in the Berlin metro was portrayed as “an Arab,” which was false.

The most visible fake news story is well known: a Russian-speaking girl named Lisa was allegedly raped by a gang of refugees in Germany. This story launched a whole campaign involving the Russian media, Russian-speaking minorities in Germany, and the Russian Foreign Minister, in order to “expose” Merkel’s government’s attempts to cover up crimes perpetrated by refugees and immigrants.

In reality, the rape never occurred. The whole story was a fake launched by a dubious Facebook group called Anonymous.Kollektiv and on an anti-refugee website called Asylterror. The stories from these two sources varied to the point of inconsistency, and searches for the alleged victim produced no results in any social network. Thus, the public was left with nothing but outrageous claims by a conspiracy-themed Facebook group and a website dedicated to anti-immigration hysteria, all of which were refuted by the Berlin police.

2. Europeans want to recognize Crimea as Russian but the EU stands in the way

An Italian regional council’s decision to “recognize” Russia’s annexation of Crimea has been widely reported by Russian propaganda outlets. The narrative implied that there is a gradual acceptance of the changed status quo in Europe, and the regional council’s decision is more evidence that Europeans want to recognize Crimea as Russian but are not allowed to by the EU establishment. However, if there was an overwhelming desire to change the status quo, this view would have more prominence in national governments rather than local councils, whose resolutions are not binding and whose authority in international affairs is practically nonexistent.

3. The murder of British MP Jo Cox was an inside job to sway the Brexit vote

Russia’s First Channel compared the murder of British MP Jo Cox to the assassination of Boris Nemtsov in Moscow, insinuating that the UK government may have been behind Cox’s murder prior to the Brexit referendum to swing public opinion in favor of the “stay” vote. First Channel apparently decided to take the narrative of the “sacrificial lamb,” similar to the one they used in explaining the assassinations of Boris Nemtsov and Aleksandr Litvinenko, blaming Western secret services for organizing them to discredit Russia. In this case, it was allegedly done to discredit the Brexit campaign. However, such theories have no ground and do not offer a valid explanation; there is no evidence for the alleged cover up. Besides, as the Brexit referendum’s results have shown, the murder had little effect on Britons’ opinions, making any conspiracy claim even more dubious.

The Russian military’s official news channel TV Zvezda posted a piece claiming that Poland is planning to build a wall to keep out Ukrainian refugees, citing an interview Poland’s interior minister gave. However, in that interview, nothing about a wall is mentioned beyond talk of strengthening the country’s border service. The narrative here is twofold: there is a general European hostility toward Ukraine, which implies that Ukraine belongs in the “Russian sphere” and not in the common European family; at the same time, there is a difficult and complex history behind Polish-Ukrainian relations, which supports the idea of a sort of Russo-Ukrainian unity when compared to Poles, who are more distant from Russia in language, culture, and religion than Ukrainians.

The death of Russian militant Arsen Pavlov, nicknamed “Motorola,” who gained prominence as one of the more visible separatist combatants in the Donbas, was blamed on a Latvian hitman. In reporting on this fake story, the media emphasized the role that Latvians played in Russia’s history, referring to the Latvian riflemen who fought for the Bolsheviks during the first years after the 1917 Bolshevik revolution in exchange for their country’s independence. The Russian media likes to remind its listeners that Latvians either killed Russians under the Bolsheviks or killed Russians as the members of the Waffen SS to delegitimize and perhaps even dehumanize them as perpetual fascists. Regardless, the claim that a Latvian citizen was behind Motorola’s killing proved to be false.

6. Merkel, Hollande, and the EU are to blame for the migrant crisis

The case of an Austrian boy raped by an Iraqi immigrant is similar in many ways to Russia’s campaign against Germany and Merkel’s policies. In this case, Russia’s First Channel reported that the accused was acquitted by the Austrian court because he “did not understand” if the boy was consenting or not, due to his insufficient knowledge of German, and his “sexual emergency.” Austria is portrayed as a victim of unwise European policies.

In the end, this is another example of a criminal case being used by Russian state propaganda for its own political goals. In reality, the accused shall remain in custody until a retrial starts, in which he will face an even harsher sentence.

The good news is this: Seeing this massive disinformation assault, some Western governments are waking up to seek appropriate responses. There are various counter-measures being implemented by European democracies right now. A comprehensive proposal is available here.