Documenting
war crimes in Ukraine
The Tribunal for Putin (T4P) global initiative was set up in response to the all-out war launched by Russia against Ukraine in February 2022.
• Topics / Prohibition of discrimination

Multiculturalism Is the Answer to Ukraine’s Identity Crisis 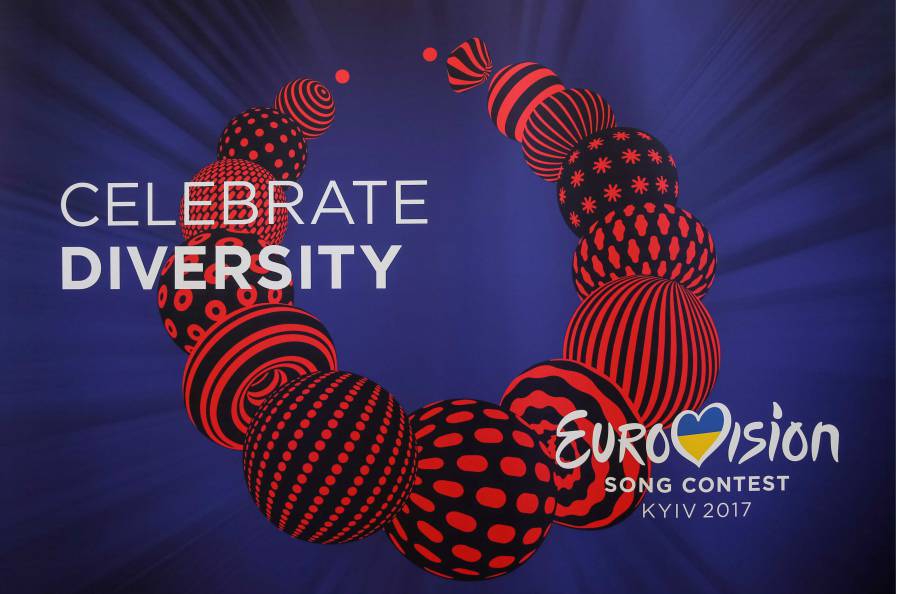 The logo of the 2017 Eurovision Song Contest is seen during a ceremony to hand over the Eurovision host city insignia to the Ukrainian capital in Kyiv, Ukraine January 31, 2017. REUTERS/Gleb Garanich

Celebrating diversity: that’s the official theme of the 2017 Eurovision Song Contest, which will take place in Kyiv this May. This is an inspired choice;

By officially embracing the country’s demographic diversity at Eurovision, Ukraine can begin to consolidate its national identity gains of the past few years while denying Russia one of its most powerful propaganda weapons. With a global audience numbering in the hundreds of millions, the song contest is the perfect platform for redefining what it means to be a modern Ukrainian.

Ukraine’s historic diversity may come as a surprise to anyone without firsthand experience of the country. After all, the Kremlin has spent the past three years working hard to present outside audiences with a vision of Ukraine as a hotbed of nationalistic intolerance. This xenophobia narrative has proven persuasive for some outside observers unaware of Ukraine’s political culture, including the colonial context underpinning Ukraine’s long road to statehood and subsequent post-Maidan national awakening.

For hundreds of years prior to 1991, the territory of today’s Ukraine lay divided among rival neighboring powers that ranged from Mongols and Ottomans to Poles, Habsburgs, and Russian tsars. The Soviet era saw Ukraine unified into a single geographical unit for the first time, but the Ukrainian Soviet Socialist Republic remained firmly under Moscow’s direct control.

Throughout this pre-independence epoch, Ukraine was a crossroads of empires where borders ebbed and flowed and cosmopolitan interaction was the norm. It was home to thriving communities of Greeks, Tatars, Georgians, Jews, Poles, Russians, Germans, Turks, Hungarians, and Swedes, to name a few. Contemporary accounts speak of a dizzying array of languages, religions, and customs. It is no exaggeration to say that it was probably the most diverse place in Europe.

These centuries of foreign rule prevented the emergence of an all-embracing Ukrainian national identity capable of binding the country’s many communities together. Instead, most people came to understand Ukrainian identity along purely ethnic and ancestral lines. In this patchwork context, a picture emerged of an ethnically Ukrainian community within a broader mosaic of ethnic, religious, and national groups, all residing in what would eventually become independent Ukraine. Unsurprisingly, many of those who acquired Ukrainian citizenship in 1991 did not necessarily regard themselves as Ukrainians at all.

This makes the transformations of the past few years all the more noteworthy. Since 2014, Ukraine has witnessed an unprecedented outpouring of patriotic fervor of a self-consciously inclusive nature that is totally at odds with the anti-immigration nativism currently on display elsewhere in Europe and across the Atlantic in Donald Trump’s America. Popular perceptions of Ukrainian identity have moved beyond the narrow confines of language and ethnicity to embrace members of the country’s ethnic and religious minorities.

This burgeoning sense of civic identity has been in evidence across Ukraine. Russian-speaking Ukrainians from the south and east of the country have responded to the existential challenge of Putin’s hybrid war by overwhelmingly siding with Ukraine. Muslim Crimean Tatars have become some the country’s most vocal patriots. Jewish community leaders have repeatedly debunked Kremlin attempts to portray post-Maidan Ukraine as an anti-Semitic menace, while numerous other national minorities have publicly rejected Russian efforts to stoke separatist sentiment.

The irony of this situation must be painfully evident to the Kremlin. Moscow had expected Ukraine to collapse under the weight of its internal divisions once subjected to outside attack. Russian aggression has actually had the opposite effect, uniting diverse communities in the face of a common enemy and creating an overarching sense of identity that might otherwise have taken decades to emerge.

This process bodes well for the future of the country, but it is still far from complete and requires careful nurturing. Celebrating contemporary Ukraine’s remarkable diversity also means confronting the demons of the past. Ukraine’s multicultural heritage is replete with dark chapters that continue to demand historical justice.

An increased emphasis on Ukraine’s historic diversity is also the perfect antidote to the kind of toxic ethno-nationalism championed by many on the country’s nationalist fringe. Ukrainian election results since 2014 reflect the low levels of public support these nationalist groups currently enjoy; none has managed to rise beyond a few percentage points in national polls. Nevertheless, the absence of a competing multicultural narrative has long allowed nationalist actors to play a disproportionally prominent role in Ukraine’s ongoing national identity debate. It is time for the moderate, multicultural majority to reclaim the narrative.

The 2017 Eurovision Song Contest in Kyiv, with its apt slogan of celebrating diversity, is a timely opportunity to shift the debate. There will be hundreds of international correspondents in the Ukrainian capital for the song contest, and they will all be eager to file additional coverage on Ukraine that provides insight into this relatively unexplored but important corner of Europe. Ukraine should grab this chance to portray itself as diverse rather than divided.

Ukraine’s national identity discussion needs to continue long after the Eurovision bandwagon has left Kyiv. Celebrating the nation’s diversity will help consolidate a civic sense of identity that Ukrainians of all backgrounds can embrace. This process is already well underway at the grassroots level, where it has played a key role in upsetting Russia’s imperial ambitions. It might also be the best way of immunizing the country against future Kremlin attempts to exploit minority groups and turn Ukrainians against one another.