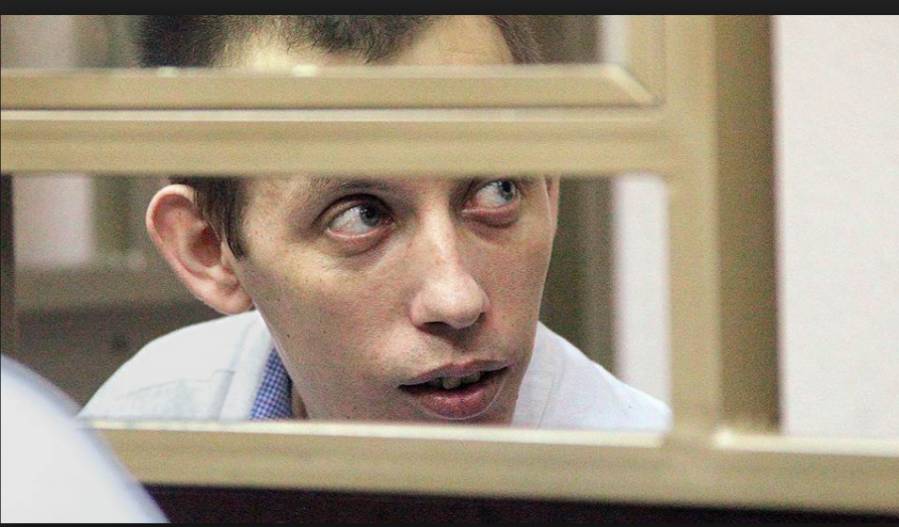 The retrial is underway in Russia of a Crimean Tatar whose 7-year prison sentence for alleged involvement in a peaceful organization that is legal in Ukraine was challenged as too light.  There was no evidence against Ruslan Zeitullaev, and remains none, but he is likely to get a minimum 15-year sentence to save the FSB being asked uncomfortable questions.

Zeitullaev is one of the first four Crimean Muslims arrested in Russian-occupied Crimea in early 2015, and charged with involvement in Hizb ut-Tahrir.  This pan-Islamist organization is not banned in Ukraine, and there is no evidence that its members have ever committed or advocated acts of terrorism anywhere in the world.  Russia declared Hizb ut-Tahrir a ‘terrorist’ organization in 2003, without explaining why, and now regularly sentences Muslims to huge sentences for supposed membership of it.

Zeitullaev was arrested together with Rustem Vaitov and Nuri Primov in January 2015.  Another Crimean Tatar, Ferat Saifullaev, was arrested a few months later.  Zeitullaev was charged with ‘organizing’ a Hizb ut-Tahrir group, and the other three of taking part in it.

The renowned Memorial Human Rights Centre rightly all four men political prisoners well before the trial ended.  There was no chance, after all, of a ‘fair trial’, given that Russia has no right to apply its legislation on territory it is illegally occupying, and Hizb ut-Tahrir is legal in Ukraine.

It also had nothing to base its trial on.  There was no evidence to prove that any of the men were active members of Hizb ut-Tahrir. A lot of the trial revolved around alleged activities well before Russia’s invasion and annexation of Crimea, and the men’s opposition to annexation was also constantly raised as though pertinent.

The main ‘prosecution witness’ is Alexander Kozhemyaka, a former SBU [Ukrainian Security Service] official who switched allegiance and now works for the FSB.  There is considerable evidence that he had a vested interest in a land dispute which Zeitullaev and Saifullaev won in 2012.  Other prosecution witnesses essentially spoke in favour of the men in court and one said that he had signed his ‘testimony’ without reading it after being told he would also be arrested if he didn’t.

This was all seen by the military court in Rostov on the Don.  Judges in Russia do not buck the FSB and prosecutor, who had demanded a 17-year sentence for Zeitullaev and 7 or 8 years for the others.  The judge did, however, behave with some degree of integrity in that the charges against Zeitullaev were changed from being the supposed organizer, to simply taking part in a Hizb ut-Tahrir group (Article 205 § 2, instead of the more serious 205 § 1).  He was convicted of the latter and sentenced to 7 years, the other men getting the minimum sentences under the charge – 5 years.

The tragedy of Russia’s annexation is reflected in the fact that these unjust sentences, by being the minimum possible without acquittal, seemed almost a ‘victory’.

Relief was short-lived.  The prosecutor lodged an appeal against the change in charges against Zeitullaev and on Dec 27, the Russian Supreme Court ordered a ‘retrial’ of Zeitullaev, and rejected the appeals brought by Ferat Saifullayev, Rustem Vaitov and Nuri Primov against their 5-year sentences.

Zeitullaev’s lawyer, Emil Kurbedinov, that the first court’s integrity had placed the FSB in a difficult position.  They faced critical questions, most importantly, where was the leader of their supposed ‘Hizb ut-Tahrir terrorist cell’?  If they’d ended up without a leader this time, how could they be sure that their other alleged ‘plots’ had leaders?  Since there are already 15 other men in indefinite detention on analogous charges, with three men labelled the ‘leaders’, this would have all been a headache for the FSB officials.

Much easier to rerun the judicial travesty, ensuring the ‘right’ verdict this time.

Zeitullaev’s second lawyer Edem Semedlyaev reports that at the two hearings in this re-trial, everything has been the same as during the first.  One witness asserted that Zeitullaev had been “the leader of a Hizb ut-Tahrir group”, but could say nothing about why he thought so. Moreover, his testimony pertained to the period before Russia’s annexation of Crimea, and Hizb ut-Tahrir was then, and remains now, perfectly legal in Ukraine.  Other witnesses repeated their testimony in Zeitullaev’s favour.

Zeitullaev himself complained of his treatment.  He says he is brought to court with his arms handcuffed behind his back so that he is forced to walk half-bent over.  His Koran in Arabic has been taken from him, and he is not being passed vitamins which his wife sent.

31-year-old Zeitullaev and his wife, Meryem, have three small daughters.  It is now well-over two years since they saw their father.  The FSB, for its records, wants to make sure that he does not return to his family for a very long time.