Vadim Siruk turned 28 in a Simferopol cell on February 20, his second birthday since his arrest for supposed involvement in a peaceful organization which is legal in Ukraine.  If two of the other men arrested that day were probably targeted for their human rights or civic activism, Siruk’s mother and others are convinced that Siruk was arrested as an ethnic Ukrainian convert to Islam.  Lawyers representing the ever-increasing number of political prisoners in Russian-occupied Crimea have long noted a clear pattern:  Devout Muslims are accused of ‘terrorism’; other Ukrainians – of ‘extremism’.

The wives and children of the four men arrested on February 11, 2016 will never forget that terrible morning when armed and masked men burst into their homes.  Siruk’s wife, who was expecting the couple’s second child, says that they were asleep when FSB officers turned up, together with men wielding machine guns and, in typical breach of the law, with their own ‘witnesses’.  One of the latter was a person who had previously tried to foist his company on Siruk.  He now served the FSB not only as formal witness of the search, but as ‘expert’, assessing the couple’s books.

Nothing ‘prohibited’ was found, yet Siruk was taken away, supposedly to the Yalta FSB office to “provide an explanation”.  In fact, he was taken to Simferopol, where he and three other men – human rights activist Emir-Usein Kuku, Muslim Aliev and Enver Bekirov were remanded in custody.  They have been held in appalling conditions in the Simferopol SIZO [remand prison] ever since.

The men have refused to give any testimony, citing their rights under Article 51 of Russia’s Constitution.  They are not allowed visits even from their wives, and most often are not brought to the courtroom for the effectively automatic extensions of their detention.  It has become standard for family members to come to the court in the hope of seeing the men, at very least by video link.  Vadim has seen his second daughter Khanifa, born in August 2016, only once fleetingly when he was brought to court, and from a photograph.  Children are not allowed in the court, and Amira, who recently turned 3, has not seen her father for over a year.  She helps her mother pack food to pass to the SIZO and understands only that Papa has been taken away. 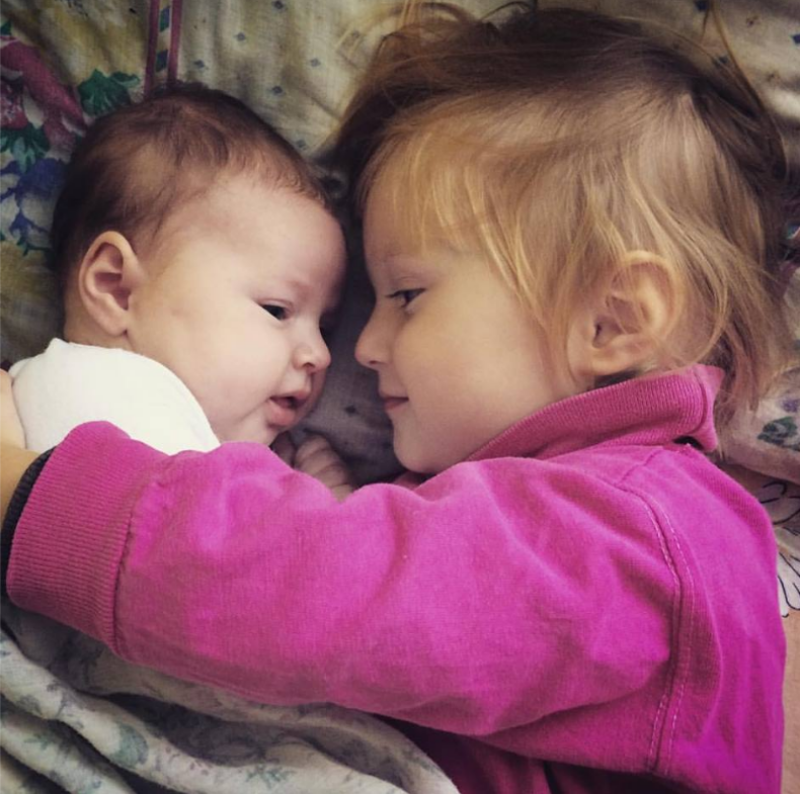 Her mother and grandmother understand little more.  Natalya Siruk is sure that her son was arrested as a warning to other ethnic Ukrainians of what they can expect if they convert to Islam.  Vadim’s wife, Anna Bogacheva is active in Crimean Solidarity, an organization formed by the families of political prisoners.  19 of them are Muslims, charged with involvement in Hizb ut-Tahrir, a pan-Islamic organization which is not banned in Ukraine and which has never carried out or advocated acts of terrorism or violence anywhere in the world.  Russia has, for its part, never provided any sensible explanation for why it banned the organization, and this is one of many reasons why the renowned Memorial Human Rights Centre declares all those imprisoned merely for alleged involvement in Hizb ut-Tahrir to be political prisoners.

Russia’s ‘Hizb ut-Tahrir arrests’ are essentially a conveyor belt of repression.  The men are charged either with Article 205 § 2 (involvement in a so-called terrorist group) or 205 § 2 for allegedly belonging to an organization which is totally legal in Ukraine.  Nor is there any need of proof of involvement since convictions are effectively guaranteed, with Russia allowing for the use of anonymous ‘witnesses’ who can, in secret, testify that a defendant tried to ‘recruit’ them.  Russia has now begun adding the charge of ‘attempting violent seizure of power in Russia’ with this carrying a near-guaranteed increase in sentence of from 12 to 20 years.  There are no rational grounds for suddenly adding these new charges, and certainly no new ‘evidence’

There is no evidence at all, and Siruk has openly spoken during the court hearings about the fabricated nature of the prosecutions and the attempts to put pressure on the men to provide ‘confessions’.

The Russian media do not balk at using fake material to try to create the impression that there really are ‘terrorists’, and all 19 men have already been added to Russia’s notoriously long ‘List of Terrorists and Extremists’.

Siruk is in no doubt what this is all about.  During the same hearing, he accused the FSB of pushing a ‘horror story’, trying to present Crimean Tatars, the indigenous people of Crimea as ‘terrorists’.  The FSB, he added, were deliberately circulating false rumours, claiming that weapons arsenals had been found in the homes of Muslims who were thus supposed to be viewed as dangerous criminals.

Pressure has been put on the men and their families, with the FSB not stopping even at terrorizing children.  There have recently been arrests on openly cynical charges of lawyers, civic activists and also Crimean Tatars who came out in defence of a civic activist.

The men themselves are unbroken.  Anna Bogacheva recently wrote of how the FSB’s tactics of intimidation are creating an atmosphere of fear in Crimean society.  Despite the huge sentences her husband and the others their determination is unwavering.  Behind bars, she says, “they are far freer than those who at home are afraid of their own shadow.”

Russia as occupying state has no right to impose its own legislation in Crimea, let alone to use it in such openly lawless prosecutions.