Donbas militant media – nothing bad about militants or Russia, nothing good about Ukraine 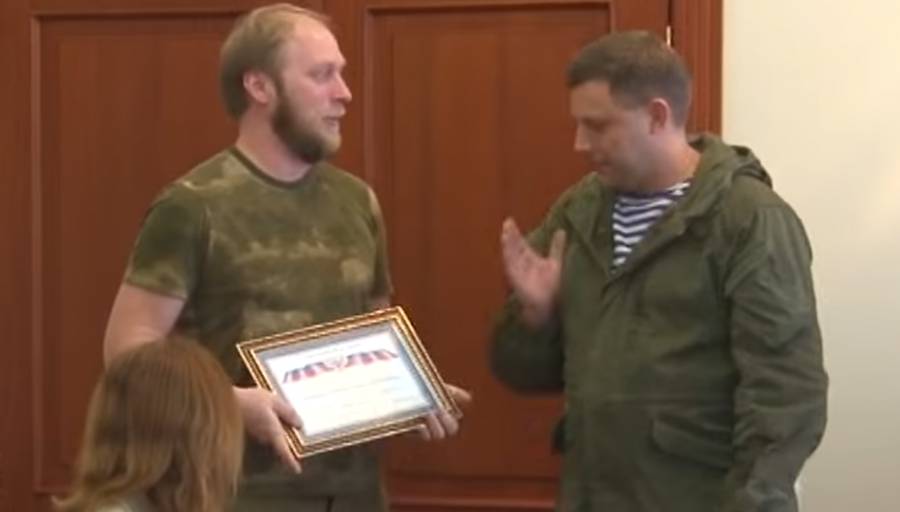 The Internet media in the self-proclaimed ‘Donbas and Luhansk people’s republics’ [DNR, LNR] have virtually nothing but praise for Russia and, of course, themselves, while finding nothing positive to say about areas under Ukrainian government control.  With Ukrainian sites blocked, and 3 Donbas bloggers already under arrest, the chances of local elections meeting even minimum Ukrainian and international standards, as demanded by the Minsk Agreement, seem remote.

The survey was carried out in January 2017 by the Ukrainian Institute for Mass Information.  It found that 10% of all material in DNR and LNR Internet sites contained direct hate speech, with 87% of this aimed against Ukrainian citizens and the government in Kyiv, with terms like ‘Kyiv junta’, ‘Nazis’, ‘butchers’, etc. used.  This, it should be noted, was the case in the Russian state-controlled media in 2014 and such language is still not uncommon.

A further 11% of the material proved to be fake, with 87% of the false reports pertaining to events in Ukraine, in particular, ATO – the area of Donbas of military conflict.

IMI notes that even where there was not direct hate speech, much of the material had titles and content that were negative about Ukrainians and Ukraine in general.

Balance was certainly not to be found.  82% of material about the so-called ‘republics’ was full of praise of them.  18% was neutral and none was in any way critical.  The ratio was even more dramatic when it came to Russia with 91% of the material complimentary and 9% neutral.  No place at all for criticism.

The opposite was the case for Ukrainians and the government in Kyiv.  Here 87% was negative, and only 13% neutral, with a lot of the neutral material devoted to the controversial activities of Ukrainian MP and former political prisoner Nadiya Savchenko.  IMI found no positive news at all.

The monitors did, however, find material which bore the hallmarks of having been commissioned with this being in favour of the ‘Opposition Bloc’ in Ukraine’s Verkhovna Rada [the party which replaced the ruling party under ex-President Viktor Yanukovych) and Viktor Medvedchuk, the Ukrainian millionaire with close ties to Russian President Vladimir Putin.

IMI Director Oksana Romanyuk points out that such positive coverage indicates that the media in the so-called ‘republics’ are directly dependent on the militants.  The resulting distortion of information and basis make free and democratic elections in DNR and LNR inconceivable.

The degree of media manipulation will also make integration into Ukrainian society extremely difficult, Olena Holub, the head of the IMI Monitoring Programs, points out. “The local population are under the influence of propaganda which incites enmity and stirs up fear and xenophobia against Ukraine”.  She stresses the vital importance of ensuring that Ukrainian media are reinstated in militant-controlled areas.

That, however, is one of the numerous problems which does not depend solely on Ukraine.  As soon as Russian/pro-Russian militants seized control of any area, they cut off all Ukrainian media.  By now the Donbas militants have forced the local Internet provider to block 39 websites, including the main media writing openly about Russian military involvement in the war in Donbas, opposition, etc.

They have also forced out any independent Russian media.  ‘Donbas militants’ with a Russian accent detained & expelled two independent Dozhd TV journalists in November 2016, Pavel Kanygin, from Novaya Gazeta, was beaten up in June 2015 and thrown out of the ‘republic’ a day after he reported a major protest against the militants.  In contrast, however, Zakharchenko recently awarded pro-Kremlin media for their “objective coverage of events in Donbas”.

At least two Luhansk bloggers – Edward Nedelyaev and Hennady Bernitsky - are in militant detention over posting or reposting critical material, and a Donetsk college lecturer Valery Nedosekin has been arrested for posting photos of almost certainly Russian military equipment on Twitter.

When it is clear that sharing or perhaps even listening to Ukrainian broadcasts could get you arrested, many residents will prefer not to take the risk.

Germany’s Ambassador to Ukraine Ernest Reichel recently aroused outrage in Ukraine by suggesting that Russian troops did not need to be withdrawn for fair elections to be held.  The Ambassador explained his words by a historical analogy with Germany which rather missed one crucial difference.  The Soviet Union was, by then, willing to accept the results.  There is certainly no evidence that Russia has any intention of relinquishing control in Donbas, and Putin’s recent decree on recognizing DNR / LNR documents rather suggests the opposite.

Reichel did stress that other conditions needed to be fulfilled. The militants, who take their orders from Moscow, have already attempted so-called ‘primaries’ as a supposed run-up to local elections in implementation of the Minsk Agreements.  As with other such stunts, they have been ‘observed’ by foreign nationals known for their unfailing loyalty to Moscow.  DNR militant leader Alexander  Zakharchenko earlier stated that Ukrainian parties would not be allowed to take part in local elections.  At least one young activist – Volodymyr Fomichov – has been held in militant captivity for believing that he could safely return to militant-controlled territory to see his parents.  Other people from Donbas, forced to leave by the militants would surely understand the dangers as not return to cast a vote.