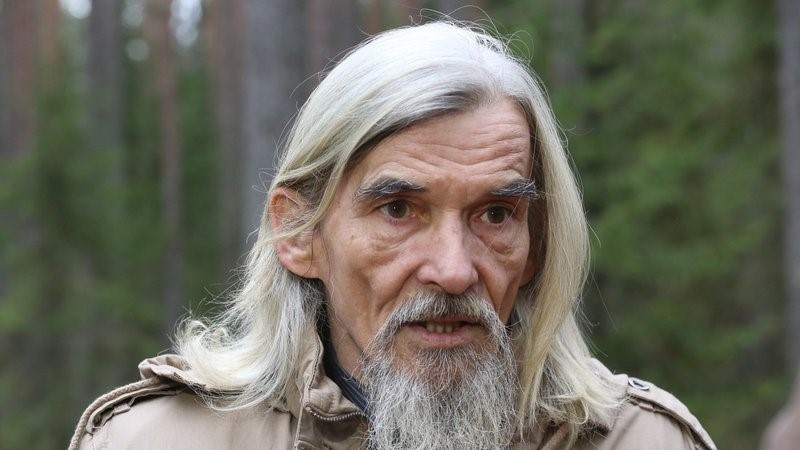 Three months after Yury Dmitriev, a Russian historian and head of the Karelia branch of the Memorial Society, was arrested and remanded in custody on bizarre charges, the investigators have come up with two new indictments.  There is no evidence to substantiate the original charge, and total mystery over the new accusations.  The fact that the prosecutor was originally supposed to have acted on the basis of an anonymous denunciation brings a chilling flashback to the worst Soviet days, as does a great deal about this case. A recent slanderous attack on state-controlled television has only compounded the suspicion that the prosecution is part of a mounted attack on Memorial and its work exposing perpetrators of the Terror.

Everything about Dmitriev’s arrest and the charges elicit concern and it is no surprise that the President’s Human Rights Council announced on Feb 12 that they were taking the case, which appears fabricated, under their personal supervision.

The 61-year-old was originally accused of preparing child pornography, with the charges based solely on a folder filed away on his computer with 49 photos of his adopted (in legal terms, fostered) 11-year-old daughter Natasha.

The photos record her height and weight and certainly appear to confirm his explanation that the photos were like a medical journal kept until 2015.  The little girl had been painfully thin and in poor health when taken from the children’s home and the authorities had themselves advised him to monitor her development.  The photos show her naked, which is logical if you need to see whether her ribs are protruding, etc.  It was also, however, to ensure that the authorities saw that she was well-looked after and that there were no suspicious bruises.

Visits are frequent when children are growing up in foster families. Sergei Krivenko from the Human Rights Council spoke with officials from the childcare department involved who had carried out such monitoring over the entire 8 years and had never once found any reason for concern.  This was confirmed at the child’s school and clinic.

It is impossible to believe that Natasha’s interests have been considered at all   She has been prevented from seeing Dmitriev’s children and grandchildren whom she views as her family, and has now been sent away to live in a village with a grandmother she had not set eyes on for 8 years.

The sudden arrest in the absence of any kind of background of concerns, Krivenko stresses, is one of the reasons for immense scepticism about this supposed blitzkrieg reaction to a single anonymous denunciation.

If one of the new charges is linked with Natasha, then it has been laid too late in the day to arouse anything but suspicion.  At a closed hearing on March 9, Dmitriev was remanded in custody for a further month with the prosecution citing not only the claim of producing pornographic material using a minor, but also charges under 135 of the criminal code (depravity without the use of force) and Article 222 (illegal possession of a firearm).

Dmitriev’s lawyer Viktor Anufriev believes that the new charges are in order to acquit Dmitriev on the original charge, which has served as pretext for three months in detention to demonstrate ‘objectivity’ while ensuring a hefty prison sentence.  He says that the prosecution are taking a tough line, and that this case has obviously been agreed “at all levels”.

All of this supposedly arose from a highly suspicious denunciation regarding only the photos.  Elaborate efforts were taken to ensure that Dmitriev spent a few hours at the police station on Dec 10 and that his partner was suddenly admitted to hospital for an operation she had long been waiting for.  Dmitriev immediately understood on his return that somebody had been there, and had been on his computer.

It became clear why on Dec 12.  An anonymous letter informing of the photos had supposedly been received and this was deemed sufficient to arrest Dmitriev and take him away in handcuffs.

A background seeped in history

Yury Dmitriev is well-known far beyond Karelia, particularly for his discovery of graves of victims of the Terror at the Sandarmokh Clearing (Karelia).  It is thanks to him and his colleagues that we know the fate of 1,111 prisoners of the Solovky Labour Camp, including 290 prominent Ukrainian writers, artists, scientists and others, who were executed ‘by quota’ between 27 October and 4 November 1937.

Over the years since Vladimir Putin first became Russian President, there has been a marked increase in the power of the FSB, Russia’s security service, and a deliberate shift towards emphasising the ‘positive’ features of the Soviet Union and downplaying the crimes committed by the Soviet regime.  It is no accident that recent Levada Centre polls have shown a record number of Russians viewing bloody dictator Joseph Stalin positively, and found only 22% of respondents seeing the repression and crimes as something that arouses shame.

All of this has set the Memorial Society and the current regime on a collision course.  We see, on the one hand Putin’s choice for education minister, Olga Vasilyeva, questioning the scale of Stalin’s crimes and Putin himself having issued a decree keeping huge amounts of documents about Soviet repression secret for another 30 years. Memorial and historians like Dmitriev, on the other hand, are continuing their work in disclosing not just the victims of the Terror, but those directly involved in implementing it.

Katerina Klodt learned after her father’s arrest that he had long received calls, with the main question being about whether he would be publishing material about the perpetrators.  She told Novaya Gazeta that she believes Dmitriev’s arrest is linked solely with his work – “repression, Sandarmokh, books about the victims and the executioners…”

There seems to be nobody in Karelia who believes in the charges against Dmitriev.  Those who know him mention that he can be difficult, stubborn and direct in his efforts to expose crimes of the past and that he is very much a thorn in the side to local officials and FSB officers.

This is not just about personal scores, however.  One of the reasons for resistance to publication of information about perpetrators throughout Russia is the fact that some of the people who wrote anonymous denunciations, or arrested innocent people are still alive, or their children or grandchildren are in positions of authority, and don’t want the information to be made public.

The scale of the attack and the real target can be gauged from a 15-minute program broadcast on Jan 10, 2017 on the government-controlled Rossiya 24 TV channel.  Most of the film is in fact an attack on Memorial, with the 5 minutes about Dmitriev and the photos clearly aimed at spreading dirt and convincing the audience of his guilt.  Such films have been produced about Ukrainian political prisoners, like filmmaker Oleg Sentsov, and they demonstrate a profoundly disturbing level of collaboration between the FSB, Investigative Committee and state-controlled media.

Challenged after the broadcast, an Investigative Committee official, Vitaly Konovalov, denied any leak from his department and said that the photos shown on the program were not from the investigation.

The photos are accompanied by commentary clearly aimed at ensuring that the  audience are convinced of Dmitriev’s ‘guilt’, with this serving to discredit Memorial.  Like most of the propaganda on Russian media, the film is very effective.  Those who know Memorial are disgusted, others – perhaps not convinced, but influenced by the dirt flung about.

Fellow historian of the Terror Anatoly Razumov says that he immediately understood that all of this could not be the work of some local officials. With respect to the film, he was told by media people in Petrozavodsk that “this is not out material, it’s a Moscow matter”.

Memorial’s publication of 40 thousand former NKVD workers was published in 2016 and was widely reported in the international media.  Since then Memorial has been forcibly labelled a ‘foreign agent’ and Dmitriev arrested.  The charges, like the film on Rossiya 24, serve to spread dirt among those who know nothing of the historian and Memorial’s work.  For those who do, their absurdity is doubtless also a warning of what they too could expect.