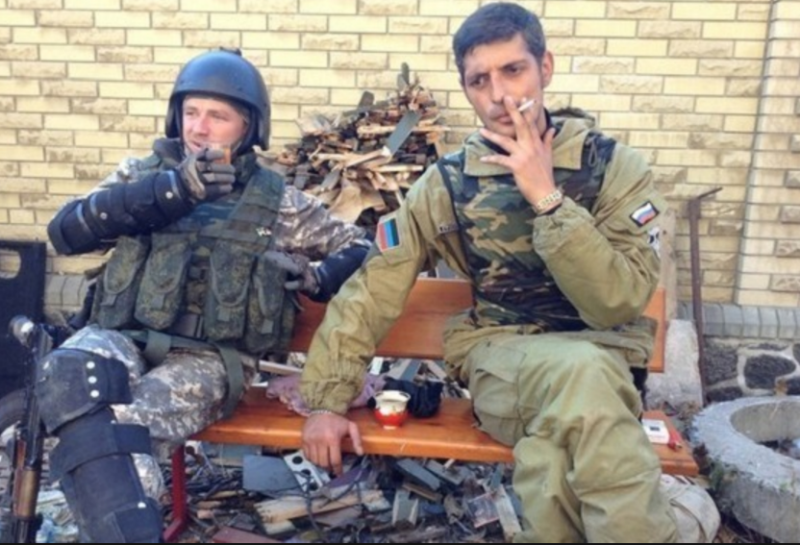 There seems to be no stopping the Kremlin-backed militants who took some Ukrainian reconnaissance soldiers prisoner, and the list of wildly improbable ‘confessions’ is mounting, with one pro-Russian channel even claiming a ‘Baltic lead’.

It is probably no accident that the first reports and ‘videoed confessions’ were posted on March 10, a day after preliminary hearings ended at the UN’s International Court of Justice into Ukraine’s charges against Russia of financing terrorism.  As well as ‘confessing’ to the killings of militants, the men are supposed to have been planning multiple terrorist attacks against civilians in the Luhansk oblast, in cities of Crimea and the Russian Federation.

The ‘breaking news’ stories on militant websites were as staged as the confessions, since the men had been in captivity since Feb 11.  Serhiy Ivanchuk appears on the video showing very clear signs of beating.  He is heard admitting responsibility for the car bomb that killed militant ‘police’ head, Oleh Anashchenko and for involvement in the supposedly SBU-organized killing of militant fighter Mykhailo Tolstykh, better known as Givi, Over the weekend, new claims were made, including plans to kill the head of the so-called Donetsk people’s republic Alexander Zakharchenko.

Ivan Deyev appears dazed, and has possibly been fed some kind of psychotropic drugs.  He ‘confirms’ having heard that a Ukrainian military intelligence major had boasted of killing Russian mercenary Arseny Pavlov [‘Motorola’].  He also talks of having received training in subversive activities by NATO instructors from Latvia and Lithuania.  This provoked a long report on pro-militant / pro-Russian sites, claiming a ‘Baltic lead’.  In fact, the training is likely to have taken place, unlike the things two men totally under the control of the militants have confessed to.

On Sunday, the militants reported that relatives had arrived to see the soldiers, with four men mentioned.  The event was clearly for propaganda purposes, and there was no opportunity to hear or even properly see these apparent family members.

The original report on the LNR website asserted that the ‘police’ had detained people involved in the killing of, a ‘police’ head who was killed on Feb 4.  The report suggested that there were more than two men and called them “special purpose Ukrainian military servicemen deployed in Luhansk as part of a sabotage and terrorist group to carry out terrorist acts on the instructions of Ukraine’s Security Service [SBU]. Investigative activities are now underway”. 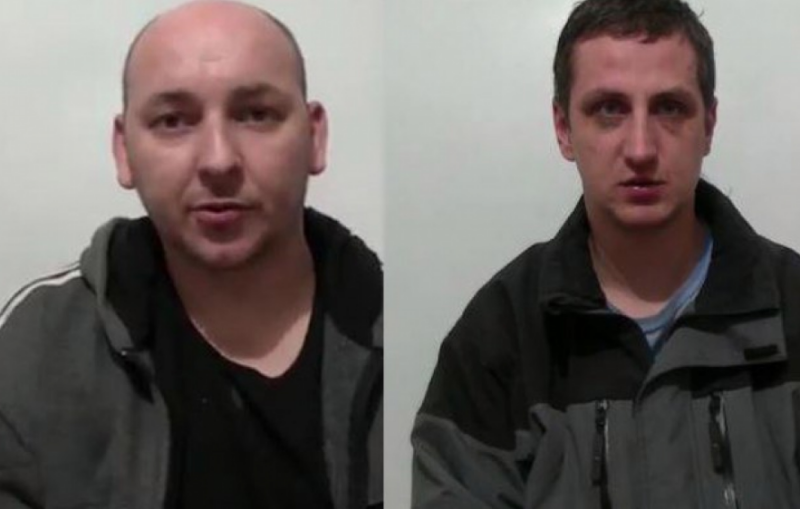 Such ‘investigative activities’ are clearly visible on the face of Serhiy Ivanchuk and the strange behaviour and appearance of Ivan Deyev.

The reports, backed only by videos, have become standard both for Russia’s FSB in occupied Crimea and for the militants in Donbas.  The video also shows various items, allegedly linked with an explosive device and claims that the militants found 2 hiding places with weapons and ammunition for the detained ‘sabotage group’.

The militants assert that they foiled a terrorist act, planned by the captured men, and aimed at killing civilians who came running up after Anashchenko was killed by a car bomb.  The claim was likely designed as a counter to Ukraine’s charges at the Court in the Hague, but is totally lacking in plausibility.

Anashchenko was killed on Feb 4, whereas Ukraine’s Armed Forces announced that they had lost contact with a group of reconnaissance soldiers a week later, on Feb 11.  Ukraine’s Armed Forces have confirmed that Ivanchuk and Deyev were from the group that went missing that day, but  dismissed the militants’ claims as without any foundation.

Ukraine’s SBU has, in its turn, posted an intercepted telephone conversation in which Anashchenko can be heard accusing LNR militants of an attempt on his life.  It says it will continue revealing evidence that the militants and Russia are trying to pin responsibility on Ukraine for their own actions in removing certain people.

Any ‘confessions’, they stress, were doubtless tortured out of the men.  The video footage is also suspicious since the ‘confession’ from Ivanchuk is made up of footage from different times (at one stage he has a moustache, at another he is without).

Many militants have died violent or unexplained deaths, either in militant-controlled areas or in Russia.  On each occasion in Donbas, the militants and Russia have tried to blame Ukraine.  It was probably inevitable that the captured soldiers would be forced to either ‘confess’ to or accuse other Ukrainians of the killing of Mykhailo Tolstykh or Givi in early February and the killing of Motorola in October 2016.

The ‘confessions’ add no credibility, almost the contrary.  Virtually no commentators could be found after Givi’s and Motorola’s deaths who seriously believed the claim that Ukraine was behind them, and this is not just because of the logistical difficulties. Ukraine certainly had an interest in capturing such men to put them on trial and almost certainly gain important information about Russia’s involvement.  Their deaths remove important witnesses and it is not Ukraine that needs to do this.  The reasons why it is inconceivable that Ukraine’s Army or SBU would send soldiers to carry out terrorist attacks against Russian cities are not dissimilar.  Moral considerations aside, such terrorism could help only Russia and possibly be used as a pretext for open military action against Ukraine.

The ‘confessions’ are also difficult to take seriously as they are in most respects similar to many other confessions from, for example, bloggers seized for criticism of the so-called ‘republics’, yet also confessing to carrying out tasks for the SBU.

The SBU has particularly pointed to the supposed confession to planned terrorist attacks on Russian citizens, and warned that the Russian authorities may be planning to stage attacks and then try to blame them on Ukraine.

The suggestion of such planned attacks is certainly ominous.  Ukraine has prepared a considerable amount of evidence for the International Court of Justice backing its accusation against Russia of financing terrorism in eastern Ukraine.  It has asked the Court to apply provisional measures in stop the flow of money, weapons and fighters from Russia.  Moscow is using numerous arguments and means to resist this.  Staged ‘confessions’ to Ukrainian terrorist plans or, if the SBU is right, staged acts of terrorism, could be yet another such method.