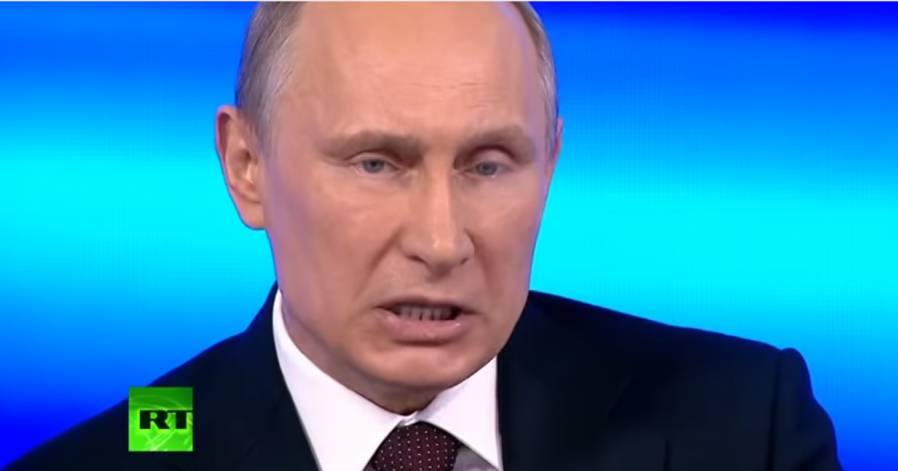 Russia’s annexation of Crimea and military engagement in eastern Ukraine have taken their toll on Ukrainians’ attitude to relations between the two countries.  According to a recent study, only 49% believe that a normalization of relations is possible in the distant future, while a mere one in ten believes a swift improvement is possible.  24% now consider that no normalization is possible at all.

Russians need not assume any deep-seated antagonism. As recently as February 2014, 78% of Ukrainians had a positive attitude to Russians.  By May that year, after Russia’s invasion and annexation of Crimea and the mounting military conflict in eastern Ukraine, that figure had fallen to 52%.  The number of Ukrainians who had a negative attitude had tripled during the same period – from 13% to 38%.

The latest survey, entitled ‘Ukraine – Russia: what should be the format for future relations?’ was carried out by the Razumkov Centre together with the Democratic Initiatives Foundation from 16 – 20 December 2016 in all parts of Ukraine, except Crimea and areas of Donbas under Kremlin-backed militant control.

47% saw normalization in relations as possible only with the end to the regime of Russian President Vladimir Putin.  43% said that this could happen only on condition that military action ends and Donbas ceases to be occupied.  A smaller percentage – 31% - made such normalization contingent on Russia returning Crimea to Ukrainian jurisdiction.

Only 8% of respondents believed that relations would improve if pro-Russian politicians came to power in Ukraine.

A relative majority – 35% - believe that Ukraine should restrict contact with Russia to a minimum, end all cooperation, maintain sanctions and even introduce visas between the two countries.  Here, however, there was a particularly clear geographical divide with that position supported by 54% of respondents in the West of Ukraine, but only 24% in the South and East.   28% supported limited cooperation in vital areas and bilateral dialogue, but with the proviso that there were red lines where compromise was impossible.  Only 15% of respondents overall (with that figure higher in the East and South, lower in the West and Centre) were prepared to seek any kind of compromise for the sake of peace and a return to friendly relations.

There were interesting divergences with respect to optimism about normalization in the distant future.  This time it was in Donbas (63%) and the Centre (53%) that the largest number of people believed that such normalization was possible.  The percentage in the South (42%) who shared that positive assessment was lower even than in the West (43%).

It is perhaps significant that Russia continues to speak of conflict in the south-east of Ukraine, although the fighting has remained in the eastern Donetsk and Luhansk oblasts.  This was not for want of Russian efforts to fuel similar conflict in Kharkiv and Odesa, and in his speech on April 17, 2014, Putin called three eastern oblasts (Donetsk, Lukhansk, Kharkiv) and three southern (Kherson, Mykolaiv and Odesa) so-called ‘Novorossiya’.  His claim that they had not been part of Ukraine in Tsarist times and that it was incomprehensible why they had been viewed as part during the Soviet period was viewed by many as a chilling indication of how much he was hoping to occupy.  The May 2 Group in Odesa have repeatedly suggested that the tragic disturbances and fire on May 2, 2014 acted as a wake-up call to many Odesa residents and prevented Odesa from following the scenario in Donbas. At least one of the anti-Maidan activists involved in the events before and on May 2 has stated that they received money from Russia, and there is considerable evidence of direct meddling, including by a top Putin adviser, Sergei Glazyev.

There have been several developments in the Kherson oblast, which borders directly on Crimea, which suggest direct attempts to destabilize the situation there also.