Children to undergo compulsory military training in both Russia and occupied Crimea Russia plans huge propaganda New Year tree in Mariupol while residents freeze in bombed city Russian propaganda media and ex-President guilty of direct incitement to genocide in Ukraine, report finds90% of teachers in occupied Melitopol refuse to collaborate with Russian invaders Children trained to be ‘Putin’s faithful soldiers’ in Russian-occupied Crimea Ukrainian writer and civic activist abducted and tortured for Russian propaganda video Ukrainian kids from occupied Melitopol indoctrinated and enlisted in Russia’s ‘Youth Army’ Russia Today sacks presenter who calls for kids to be drowned, but has no problem with calls to genocide against UkraineRussia plans special propaganda ‘lesson’ explaining to children in occupied Ukraine why the bombing of their cities is ‘liberation’Director of Amnesty International in Ukraine resigns in protest calling controversial Amnesty press release "a tool of Russian propaganda’ Russian horrific castration of Ukrainian POW was about terror and preventing own soldiers from surrendering “Let’s Fight the Propaganda Together” Anti-war Activities in Russia, 9-16 July 2022Large protest in Russian-devastated Mariupol after pensioners die trying to find drinking water Russia begins propaganda of war against Ukraine at pre-school level Russia moves to eradicate Ukraine from schools in occupied Mariupol, Kherson and ZaporizhzhiaRussia uses abducted Ukrainians for propaganda video claiming Ukraine is bombing ‘liberated’ MelitopolAfter destroying Mariupol, Russia offers its victims money but only if they agree to blame Ukraine Russian invaders fire on evacuation buses, abduct driver for propaganda video Russia plans total ‘filtration’ of Mariupol men and forced ‘mobilization’Russia destroys Mariupol and tries to get illegally deported residents to move to Siberia
• Topics / Politics and human rights 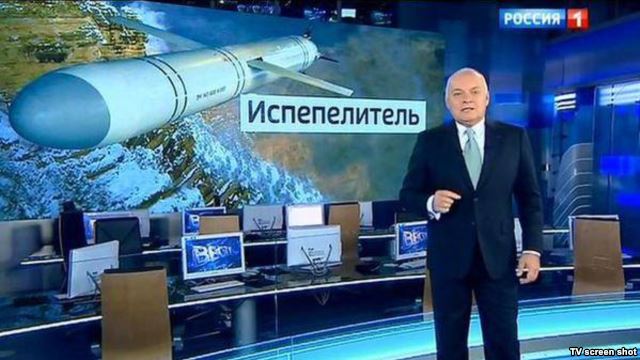 The aggressive actions of the Kremlin are unprecedented in the modern era. Invasion of neighbouring countries, massive bombings and killings of civilians, and the first annexation of a foreign land by force in Europe since World War II, constant violations of other states’ borders, kidnapping foreign citizens, harassment of foreign diplomats, or massive cyber attacks are all in Russia’s current regime toolkit.

All these offensive incidents are accompanied by a massive, persistent, ongoing, brutally aggressive disinformation campaign. A campaign that has been active in Europe for at least three years, establishing its channels, finding the right amplifiers and multipliers for its message – which is aimed at destabilising our societies, meddling in our elections and referendums, misleading our political leaders and breaking up the EU unity by supporting those who want to destroy it. It has been building a wide range of communication structures in most of the EU Member States, platforms that have already been functioning for a long time and have reached considerable results that cannot be erased without significant long-term counter-effort.

Yet, our reaction is irresponsibly weak. We see questioning and marginalizing of the issue on multiple levels, on claims such as that there is actually no disinformation campaign; that it is not happening in our countries; that it is not corrosive. We see blindness and refusal to admit that someone is actively working to undermine our societies and to destroy the world order that has been established after the World War II and has provided the Euroatlantic world with an unprecedented period of peace and prosperity.

Despite the seriousness of this threat, the EU High Representative for Foreign and Security Policy Federica Mogherini has spent the last two years trying to avoid naming Russia as the main creator of hostile disinformation. We as European security experts have seen her constantly appease the Russian aggression.

When European leaders called for an EU action against “ongoing Russian disinformation campaigns” in March 2015, they really meant it. If she keeps avoiding naming the Russian Federation and its proxies as the main source of hostile disinformation operations, she is systematically neglecting a clear threat perceived by many EU Member States that she represents. Moreover, the only real EU response to this threat—an eleven-man EEAS East STRATCOM Team (paid mainly by member states, not by the EU institution that barely tolerates it)—is absurdly understaffed. Regardless of the European Parliament’s calls for its reinforcement, it is reportedly not going to happen at all. This team has no budget whatsoever – despite being tasked by the European Council to counter the Kremlin disinformation machine, which is boosted by over 1 billion euro annually. Based on decision of the EEAS leadership run by Federica Mogherini, the EU spends literally nothing on countering one of the biggest challenges of our world today – a hostile disinformation campaign, which is successfully undermining our democratic societies. The right thing to do would be to triple capacity of the EEAS East STRATCOM Team and give it a budget in single millions EUR, so it can start fulfilling its mandate.

Based on an enormous and conclusive mass of evidence, it is clear that Mr. Putin wants to destroy the liberal world order, which the EU stands to defend, and he does everything possible to achieve this goal. And yet he still finds many conscious and unconscious allies in Europe.

We as European security experts call on our leaders to face this malign threat. We call on our democratic leaders to finally start taking this threat seriously and making it a top priority security issue. Our leaders need to publicly name it and expose its aims, such as weakening the EU, destabilising its societies, misleading its political leaders, and interfering in its elections. We need our leaders to order our security institutions to publicly expose Kremlin actions and actors. Europeans need to know by who and how they are being manipulated.

Mrs. Mogherini, if you continue to do nothing in order to face this threat, the enemies of democracy will keep winning, and the damage to our societies might become beyond repair. The time is now.

This Open Call is coordinated by the Kremlin Watch Program at the European Values Think-Tank.

Coordinator of this Call:

Boris Chykulay, The Forum of Ukrainians of the Czech Republic

Grigorij Mesežnikov, President of the Institute for Public Affairs

Stefan Meister, Head of the Robert Bosch Center for Central and Eastern Europe, Russia and Central Asia at the German Council on Foreign Relations

Zygimahtas Pavilionis, Chair of Transatlantic and Democracy Subcommittee at the Lithuanian Parliament

Oleksandr Potiekhin, Director of the Center for Peace, Conversion and Foreign Policy of Ukraine

Jaromír Štětina, MEP, Vice-Chair of Subcommittee on Security and Defence