Not the Right Way to Bring Yanukovych to TrialNew Laws in Ukraine Obstruct Prosecution for Crimes against Maidan ActivistsHalf the Berkut officers deployed against EuroMaidan activists remain police officersYanukovych ‘doesn’t remember’ the bloodiest day of Maidan killingsPolitical PR & sabotage instead of real investigation on eve of 2nd Maidan anniversaryUkraine’s only trial over Maidan killings under threatPolice & judges accused of impeding prosecution of crimes against Euromaidan activistsAnother person charged with Euromaidan crimes allowed to escape?Ex-Security Service chief in custody over Euromaidan killingsSo who doesn’t want justice for Euromaidan victims?High-ranking Berkut officer charged over Euromaidan killingsEuromaidan: A Year of Impunity and what went wrongEx-Berkut officer on trial over AutoMaidan ambushEx-Berkut officers arrested on suspicion of involvement in Maidan killingsWhere are 13 mysterious Berkut sniper suspects?Who (hasn’t) answered for crimes against Maidan?Maidan killings suspect missing after being released from custodyTwelve detained on suspicion of involvement in the gunning down of Maidan protesters (updated)Blood and Berkut Sniper Bullets on the President’s HandsMustafa Dzhemiliev on Maidan: I’m proud of you, dear fellow Ukrainians
• Topics / The right to a fair trial
• Topics / Human Rights Violations associated with EuroMaidan 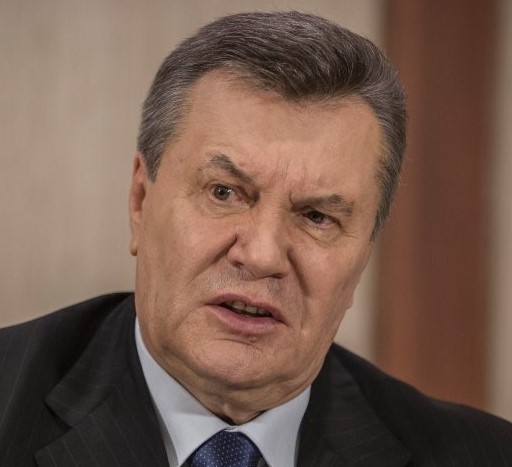 It is unlikely that President Petro Poroshenko will veto a law that he has himself lobbied for, but that is precisely what civic activists are demanding.  Draft law No. 5610, passed by the Verkhovna Rada on March 16, will not help bring ex-president Viktor Yanukovych to justice, while seriously narrowing Ukrainian citizens’ rights, they warn.  Some of the dangerous features originally criticized were removed before the bill was adopted on March 16, but by no means all.

Law No. 5610 is normally referred to as the law on trial in absentia, and this is one of the problems.  Legal experts warn that the fact that this law is so openly aimed at getting Yanukovych on trial could result in Ukraine being accused of selective justice.

As reported earlier, Ukraine’s Prosecutor General Yury Lutsenko is determined to organize the trial of Yanukovych, who has been in hiding in Russia since soon after he fled from Kyiv on Feb 21.  Lutsenko is planning a trial in absentia on several charges: of usurping power, undermining the armed forces’ defence capacity, and state treason.

The Verkhovna Rada first adopted amendments to legislation in May 2016 to enable trial in absentia.  The law then passed allowed for pre-trial investigation if a person is on the wanted list, but this was only until April 15, 2017.  Draft law No. 5610 was presented as eliminating the problem with time limits, however it introduces many other problems.

Some were removed, following civic pressure, on the eve of the final vote on the bill.  They included dangerous norms extending the period of extension in cases involving serious crimes to 18 months, with the same extension also to the period of pre-trial investigation.  The legislators also dropped a bizarre plan to allow investigators to place a person on the wanted list and ‘summon them for questioning’ via official media publications if they had been unable to contact them at their formal place of residence.  Large numbers of Ukrainians do not live where they were formally registered, and legal analysts had warned that this norm could result in people finding themselves convicted of a crime having never heard that they were under investigation.

Both the Centre for Legal and Political Research and the Reanimation Package of Reforms [RPR] have come out with criticism of the bill.  In its appeal to Poroshenko to veto it, RPR says that it violates human rights and can also jeopardize business activities in Ukraine.

All point to the danger of excluding the time required for the defence to read the case material from the time limit on pre-trial investigation.  This can be used as a way of artificially dragging out the period for investigation.  The Centre for Legal and Political Reform generally calls the rules in the bill for calculating the time frame for the investigation complicated and suggests that they are, in fact, manipulative.  RPR sees the possibility allowed for the prosecutor to merge or terminate proceedings several times as deliberately aimed at maintaining a person’s suspect status for months or years.

Since the period in which a person has suspect status is likely to have impact on their day-to-day life – ranging from being held under house arrest or prohibited from leaving the country to having their assets frozen, there need to be clear and unambiguous rules to ensure that time limits are not extended.

The bill also allows for deals to be reached with suspects if they confess to the crime even in cases where the particularly serious crimes resulted in fatalities.  This, RPR asserts, is not an option available in any other European country.  It fears that it could result in investigators forcing confessions by threatening them with life sentences if they don’t comply.  In general, this is viewed as infringing the rights of victims of grave crimes, and would be quite inappropriate in cases involving terrorism, or similar.

There is also a problem in that the transitional provisions in the law do not set out how the new norms are to be applied to ongoing proceedings.  RPR disputes Lutsenko’s claim that the law will not apply to ordinary Ukrainians.  The legal uncertainty over applicability of the law will be ongoing and could apply to hundreds of thousands of people facing charges or under suspicion, as well as victims of crimes.

None of these amendments have anything to do with trial in absentia which is the reason that Lutsenko, and the President, lobbied so hard for it.

The concerns raised earlier remain and they are compelling.  In pushing for the bill, Lutsenko claimed that it would make it possible to bring court proceedings in 190 cases, including Yanukovych and “tens, even hundreds of traitors of Ukraine, including 23 generals of the Russian Federation, including the Russian minister of defence”.

Any value of ‘trials’ of Russian citizens in a Ukrainian court, as opposed, for example, to the International Criminal Court in the Hague, is seriously questionable.

Nobody is questioning that there are grounds for holding Yanukovych and many of his people to answer.  There are strong concerns, however, that undue haste and over-politicization of any trial in absentia will undermine the trial’s credibility.  Lutsenko has overridden the advice of people like Serhiy Horbatyuk, the Head of the Special Investigations Department investigating crimes linked with Euromaidan.  Horbatyuk believes that individual offences need to be fully investigated and passed to the court when a justified conviction is likely.

Vague or grandiose charges can only undermine a conviction, as must any suspicion that a bill has been tailored to suit prosecution in a specific case.  Yanukovych’s lawyer Vitaly Serdyuk was swift to note that Poroshenko’s statement in parliament that the bill was need so that a court can establish Yanukovych’s guilt, and Yanukovych’s lawyer, Vitaly Serdyuk, has already said that that statement will be added to his team’s application to the Strasbourg Court “as proof of political persecution” of Yanukovych.

Lutsenko’s crown piece of evidence may also prove problematical due to the death of yet another important Russian witness.  Lutsenko wants to present Yanukovych’s reported letter to Putin asking him to send in troops to Ukraine as proof of treason.  It may well be treason, but proving that it was sent is now going to be difficult.  Vitaly Churkin, as Russia’s ambassador to the UN, read out and demonstrated the alleged appeal on March 4, 2014.  The letter was dated March 1, which was the day that Russian President Vladimir Putin sought and obtained the upper house of parliament’s permission to send forces to Ukraine.  On March 4, Putin also spoke of this appeal from Yanukovych as justifying the deployment of Russian forces.

Churkin died very suddenly on Feb 20, 2017.  Less than a month later, the Russian Prosecutor General and then Putin’s press secretary came out with total denials that any such appeal had been received.  A day later, after Putin’s words, Churkin’s speech and the unexplained nature of the latter’s death had been very widely reported, a Russian justice ministry spokesperson began backtracking from the denial.  It is, however, clear that there will be attempts to downplay the document and the only person who could have provided vital information is now dead  (details here)..