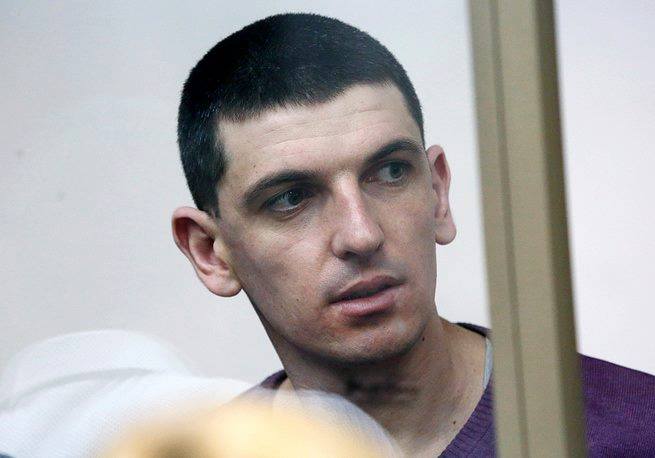 Rustem Vaitov has spent 45 days of the last 2 months in a Russian prison punishment cell, with the three 15-day sentences clearly due to his refusal to collaborate with the prison administration by spying and informing on other prisoners.  The information first became available when his lawyer Edem Semedlyaev was able to visit him at the Kurgan prison colony at the end of March, and has now been confirmed by the local monitoring group who saw him on April 6.  It seems likely that the other two political prisoners – Ferat Saifullaev and Nuri Primov –  moved to Russian prisons at the same time have received similar treatment.

Semedlyaev reported after his visit that the pretexts for throwing him in the SHIZO [the punishment cell] were clearly fabricated – twice he was supposed to have got up after the others, and once it was for allegedly using foul language, which Vaitov’s faith makes inconceivable.  The Kurgan civic monitoring group have confirmed that the conditions in the SHIZO are like torture.  It is damp, dark and there is no ventilation. No personal items are allowed, no contact, nor parcels from families, etc.  Vaitov has not received medical care, despite repeated requests and has not seen the consul.  After 3 such SHIZO terms, it is customary for prisoners to be moved to solitary confinement prison cells where the conditions are even worse.

Semedlyaev is convinced that the real reason why Vaitov is receiving such treatment is that on the very first day the administration proposed that he ‘collaborate’, with this entailing acting as an informer against other prisoners.  The 31-year-old rejected the suggestion, calling such work dirty and saying that his religious beliefs did not allow this.

Despite the punishments, Semedlyaev says, Vaitov is in good, fighting spirits. His lawyer did, however, lodge a complaint while still in the prison and is planning a number of other complaints concerning his client’s health and the conditions he is held it.

Semedlyaev stresses that they have not abandoned the men whom Russia has sent far from Crimea, and that he and his colleagues will be following their situation and alerting others to violations of their rights.

Rustem’s mother, Zarema Vaitova, only learned on February 17 that her son had been taken to Prison No. 1 in Kurgan (see below for full address for letters), though it seems he had arrived earlier.  She was relieved that he was in the city itself, “not somewhere in the taiga”, however the prison is still around 3 thousand kilometres from his home and family.

Russia is ignoring the European Court of Human Rights judgement in the Case of Polyakova and others vs. Russia, which found that imprisoning people thousands of kilometres away from their families is a violation of their right to family ties.

This is only one of the clear violations in the case of Vaitov and all other Ukrainians whom Russia is holding prisoner.  In at least some of the prisoners’ cases, it is likely that Russia is deliberately seeking to isolate the prisoners from family, lawyers and the media.

Nuri Primov is known to be in Colony No. 5 in Yasny, the Republic of Mari El, which is also a huge distance from Crimea.  Ferat Saifullaev is in Colony No. 17 in the Kirov oblast, which has a very bad reputation.  Ruslan Zeytullayev is still in Rostov, where a supposed retrial is underway.

The four men are all from Sevastopol and have been in custody since the beginning (or in case almost the beginning) of 2015.  They and now 14 other men held in indefinite detention, were charged with either ‘organizing’ or ‘involvement’ in Hizb ut-Tahrir, a peaceful organization with pan-Islamist views which is legal in Ukraine and most countries.

There is nothing at all to explain why Russia has declared the organization ‘terrorist’ and there was no evidence that any of the men were now members of it.

There was one ‘kitchen discussion’ on the level of what would, theoretically, be a good world order and a ‘secret witness’ who spoke with long hesitation from a separate room with the breaks clearly being used for somebody to prompt him on what to answer.  Even under such circumstances, his answers were confused and contradictory.

Aside from a former Ukrainian SBU officer with a known axe to grind against Zeytullaev and Saifullaev and now wanting to use the prosecution for promotion in the Russia FSB, the other witnesses almost all retracted testimony they had allegedly given or denied having said what was asserted of them.

This was recognized by the judges in the Rostov Military Court who threw out the charge of ‘organization’ in Zeitullaev’s case and sentenced all men to the minimum sentence.

The FSB clearly found this destroyed their paperwork, and the sentence in Zeytullaev’s case was appealed.  Courts in Russia do not make their own decisions (which was why the ‘lenient’ sentences back in September 2016 seemed like a ‘victory’).  The sentence was duly overturned, and a new panel of judges at the same court are going through exactly the same imitation trial, with it tragically clear that this time the FSB will get a sentence close to the 17 years demanded (see Crimean Tatar political prisoner declares hunger strike).

The renowned Memorial Human Rights Centre issued a statement recognizing the four men as political prisoners well before the end of the trial.  They pointed out, among other things, that Russia is occupying Crimea and has no right to impose its legislation.  The situation is especially cynical given that Hizb ut-Tahrir is entirely legal in Ukraine.