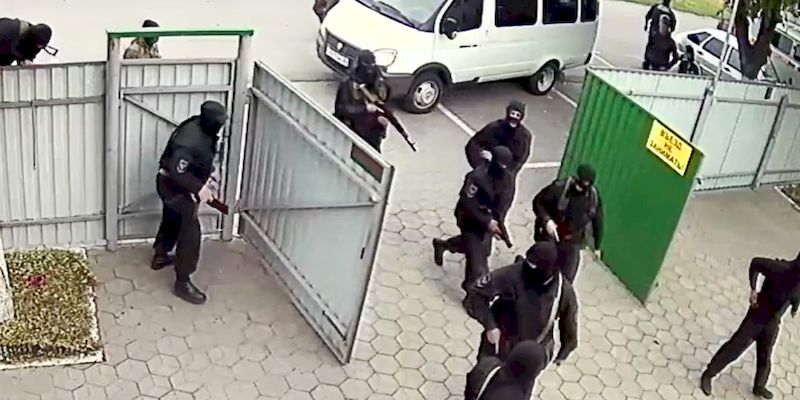 Russia’s Supreme Court appears to be on the verge of banning the Jehovah’s Witnesses after a Justice Ministry application which claimed that this world faith is ‘extremist’.  The same Court on April 5 rejected a counter-suit lodged by the Jehovah’s Witnesses Administrative Centre asking that the actions of the ministry be declared political repression and that representatives of local communities be called to testify to such persecution.   It claimed essentially that this was not within its jurisdiction.

This new move follows constant repression at regional level.  The Jehovah’s Witnesses had also fruitlessly asked the Court to adjourn the proceedings until general jurisdiction courts had issued their rulings in cases where bans are being sought on 9 regional branches and where 90 texts are accused of being ‘extremist’.

The justice ministry application was lodged on March 15, with this asking the Supreme Court to dissolve – as ‘extremist’ – both the Administrative Centre, and 395 regional branches.  Their activities were suspended pending the Court ruling.

The authoritative Sova Centre has stated that there are no legitimate grounds for any such ban, and calls the move a clear demonstration of religious discrimination.  According to the official website, there are over 170 thousand Witnesses in Russia who will all face the threat of persecution for their faith if the ministry’s application is allowed.

Nikolai Mitrokhin, a researcher on, among other things, the role of the Russian Orthodox Church in modern Russia, is convinced that the justice minister Alexander Konovalov is seeking to please Patriarch Kirill, head of the Church by initiating this ban.  He points out that, against a background of continuing acts of terrorism, a high level of crime and total corruption, the law enforcement bodies will be deployed in preventing the activities of 170 thousand active members, as well as hundreds of thousands of people who support them, family members, etc. Russia will have a new generation of martyrs for their faith.

There can be nothing extremist about “reading the Bible, singing and praying with fellow worshippers”, as the world headquarters have asked all believers to stress in letters to President Vladimir Putin, Prime Minister Dmitry Medvedev and other top officials, as well as the Head of the Supreme Court.

The Jehovah’s Witnesses avoid any involvement in politics and refuse to take up arms, which has led to their persecution in many countries.  This ban, however, would be a dangerous first for post-Soviet Russia, and one with devastating consequences both for the thousands of believers who will immediately face persecution and for religious freedom in Russia generally.