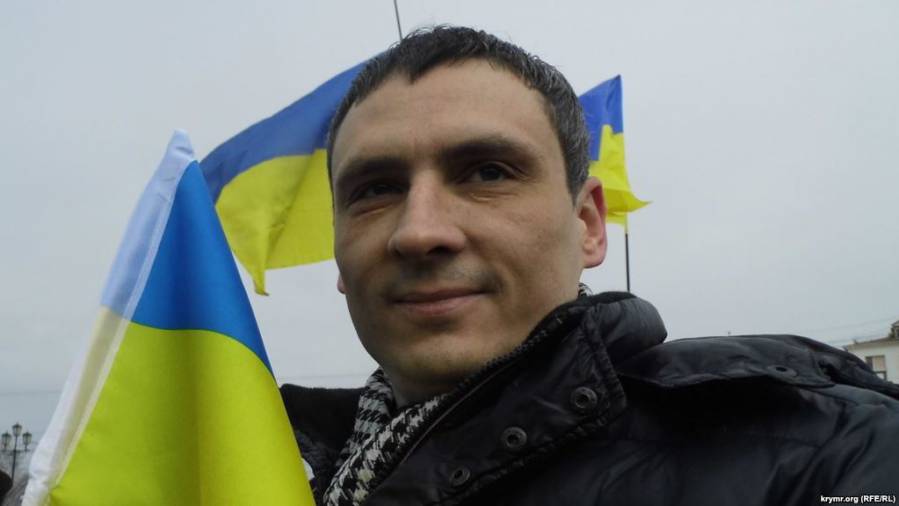 Ukrainian activist Ihor Movenko is facing criminal prosecution in Russian-occupied Crimea for so-called ‘extremism’, with the charges carrying a 5-year sentence.  This new development comes 7 months after a vicious attack on the 39-year-old from Sevastopol resulted in administrative charges against the victim, and no criminal investigation against the man who attacked him.

The Crimean Human Rights Group reports that Movenko has been charged with ‘public calls to carry out extremist activities’ under Article 280 § of Russia’s criminal code, and is under a ban on leaving the city.

What the Russian occupation regime are calling ‘‘public calls to extremist activities’ was, in fact, a pro-Ukrainian post on the VKontakte social network page Crimea is Ukraine from summer, 2016.

The Russian FSB turned up on Dec 16, 2016 at Movenko’s work and took him away, together with his computer.  The officers used physical violence against him while driving back to his home where they carried out a search, again removing his computer and other technology.

He managed to tell his wife that he’d been beaten, and that they’d threatened to remand him in custody if he didn’t confess to extremism.

Movenko was later released, apparently without charge.  The FSB did not, however, remove his computers, and have now initiated proceedings under Russia’s dangerously woolly ‘extremism’ legislation.

As reported, 39-year-old Movenko was attacked on Sept 7, 2016 after he stopped to get money out of a cash machine and then returned to his bike.  Movenko had stickers on the bike of the Ukrainian trident and from the ‘Azov Battalion’ which is now on Russia’s huge list of banned organizations.  The man who brutally assaulted him claimed to be from the police, though he did not show any ID.

It was only Movenko who sustained injuries and they were serious.  He was hospitalized, the Crimean Human Rights Group reports, with the doctors finding an open head injury, concussion, a skull fracture, a broken jaw, broken nose, eye injury and more.

It was quite evident that he had been attacked, yet it was Movenko who had his hands bound after the police appeared.  The surreal video here gives good grounds for concluding that the police were on the best of terms with the assailant.  The officers even tried to stop Valentina Movenko, who had come as soon as somebody phoned her, from giving her husband some water as he lay on the ground, handcuffed and in obvious need of medical treatment.

Movenko was soon taken to court and fined 2 thousand roubles over the ‘Azov’ Battalion sticker.  No criminal investigation was initiated against Movenko’s assailant.