Ukraine should use Russian social media for the International Criminal Court, not ban them 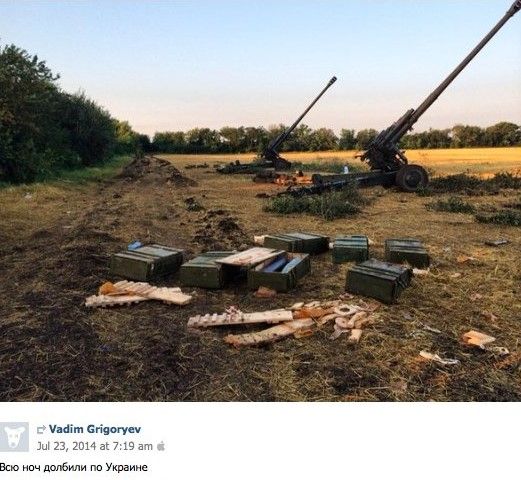 An important source of proof of Russia’s undeclared war against Ukraine could be blocked if a plan reportedly underway is implemented.  This is only one of the grounds of concern over plans to block two Russian-based social networks - VKontakte [VK] and Odnoklassniki [OK].

Ukraine’s Security Service [SBU] has long warned Ukrainians to steer clear of the networks, especially VKontakte, which the Russian FSB is known to have full access to and, at very least, closely monitor.  In a recent politically motivated arrest in Russian-occupied Crimea, Remzi Bekirov, a Crimean Tatar activist was jailed for a 7-year-old VK post from a page that he had deleted a long time ago.

VK is certainly teeming with material which is pronouncedly anti-Ukrainian.  Journalist Artur Hor typed in ‘anti-Maidan’, and came up with a staggering 2.5 thousand groups.  There were 3.2 thousand groups when he tried ‘Novorossiya’, the term used by Russian President Vladimir Putin in claiming that Donbas and several south-east Ukrainian oblasts were not organically part of Ukraine.  In both cases, there were well over 100 thousand participants registered in Ukraine.

There are also plenty of groups on such social networks that are pretending to be pro-Ukrainian, but in fact seem more menacing, and are themselves administered by Russian citizens.

The SBU, for example, reported the activities of a certain Serhiy Zhuk, who pretended to be a Ukrainian patriot living in Ukraine, though he was based throughout in Russia.  From there he had been directly involved in creating and administering a number of groups titled ‘Patriots of Ukraine’, ‘Maidan-3’, ‘Everybody out on Maidan’, which were clearly aimed at provoking mass protests,

VK and OK are both part of the Mail.ru.Group, which Russian oligarch Alisher Usmanov holds a controlling number of shares in.  He is known for his close relations and absolute political loyalty to Putin.

Zoryan Shkiryak, an Advisor to the Interior Minister Arsen Avakov, has lobbied for some time for a total ban on the two networks, and at the beginning of April announced that preparations for such a ban had now begun.  He also hinted that this could be part of more wide-sweeping plans.

Shkiryak argues that both VK and OK are totally under the control of the Russian Security Service.  Given the hybrid warfare that Putin is waging against Ukraine, the country needs to defend its information realm.  Victory in that realm is no less important, he says, than in the trenches.

He believes that the “information terror” is being waged by the FSB and by its agents working directly in Ukraine, as a kind of fifth column, with social networks like VK and OK used very actively.   It is not censorship, he asserts, to want to ban these networks.  People are welcome to register with any social network they like, just not those under Russian control.

Shkiryak acknowledges that the legislative work for such a ban will be difficult, as will the technical side, however says that work in that direction is already underway.  They are working closely, he adds, with the President’s Administration and the SBU.

Alarmingly, he clearly sees a ban on the social networks as only the first stage, and suggests that news sites, like the Russian state RIA news agency, should be banned, as part of “fundamental steps on protecting Ukraine’s information realm from Russian propaganda”.

Shkiryak was asked if he thought MPs would support such moves.  He answered that some already do, without specifying numbers.

Judging by earlier comments from Oleksandr Danchenko, head of the Verkhovna Rada committee on automation and communications issues, the committee does support Shkiryak’s initiative.

Not so Ukraine’s Minister of Information Policy, Yury Stets, who has said that he opposes any such ban.  Access to social networks is not regulated by any legislation in Ukraine, and if we begin imposing such restrictions, where is the guarantee that the authorities won’t find this to their liking and begin banning other things?

Public statements regarding such a potential ban roughly coincided with President Petro Poroshenko’s signing into force of  Information Security Doctrine on Feb 25, 2017.  This refers to “legislative regulation of a mechanism for uncovering, recording, blocking and removing” information which, among other things, pushes for a violent change in Ukraine’s constitutional system or violation of its territorial integrity.  Any prospect of powers to block the Internet aroused alarm from media experts and a warning from the Internet Association of Ukraine that this constituted political censorship, and would bring Ukraine to the same level as Russia, China and Iran.

The same criticism would surely be heard with respect to any ban on social networks.  Nobody is disputing that there are some very destructive groups on such networks.  Banning them would achieve little, even if legislation were introduced, while undoubtedly doing major damage to Ukraine’s reputation.  There are other networks people can turn to, and there are also ways of getting around most methods for blocking specific sites.   Russians are in fact well-aware of such methods because their own government blocks many Internet sites because of their independent reporting and / or criticism of the current regime.  The ban would probably accentuate the divide between parts of Ukraine where Kyiv could enforce it, and those under Russian or Russia-supported militant control.

There are also advantages to intelligent use of VK.  Civic activists have succeeded in finding important evidence of Russia’s military engagement in Ukraine by following the pages of Russian soldiers.  InformNapalm recently tracked down proof that Putin had given a state award to Alexander Minakov for his role in the battle for Debaltseve in the Donetsk oblast in February 2015.  The fighting to capture that government-controlled city continued after Putin agreed a ceasefire as part of the Minsk II Agreement on Feb 12, and investigative journalists have provided evidence suggesting that it was Putin himself who ordered the offensive.

There is considerable evidence also of Russian weapons, tanks, etc. used in Donbas, from ‘selfies’ taken by soldiers or Russian mercenaries.  On July 23, 2014, Russian soldier Vadim Grigoryev posted an incriminating photo with the caption: “We pounded Ukraine all night”.  This is just one of numerous photos which are often deleted later, but which have by then been recorded.

Russia constantly denies such direct engagement, most absurdly at the International Court of Justice where it claimed that the Donbas militants had ‘found’ their weapons in mines. It has applied all types of pressure and repressive measures to try to keep the scale of its direct involvement in the conflict secret.  The more direct evidence, the better.