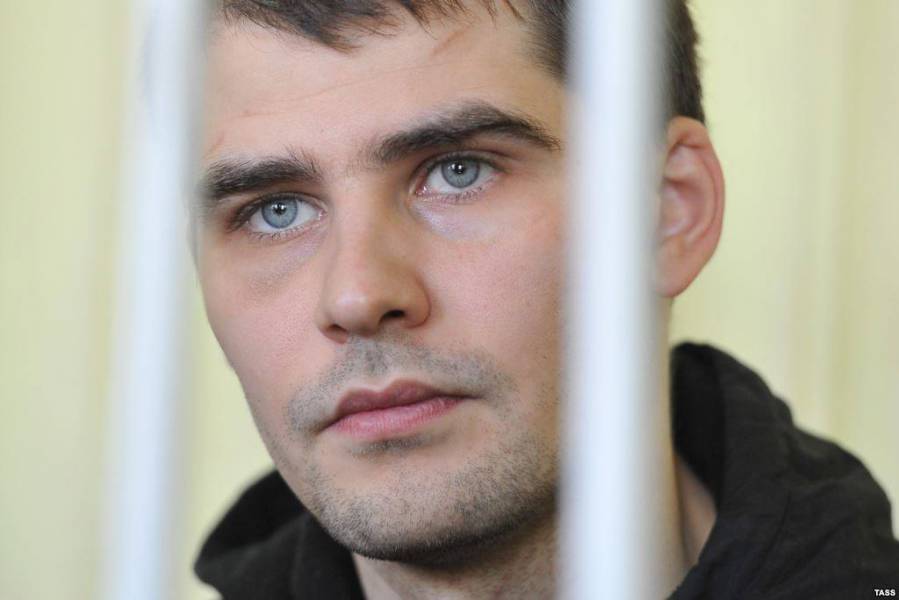 Russia’s Supreme Court has rejected two cassation appeals against the overtly lawless imprisonment in Russia of a Ukrainian convicted of an unprovable ‘offence’ allegedly committed in the capital of Ukraine during Euromaidan.  It cited the prison’s opinion about Oleksandr Kostenko’s ‘extremist ideology’ for refusing to even accept one of the appeals, and threatened the lawyer who challenged the ongoing refusal to investigate clear evidence that Kostenko was brutally tortured.

Kostenko’s lawyer Dmitry Sotnikov just received and posted the two separate court rulings.  In one, dated March 29, judge Alexander Klimov refused to even accept a cassation appeal against the 3.5 year sentence passed on Kostenko.  He claimed that this was because Kostenko has been on the prison’s ‘prophylactic register’ since March 31, 2016 “as a person studying, preaching or spreading extremist ideology” and from March 26, 2016 as a person likely to try to escape.

Not one fact is presented to substantiate this.  The ‘extremist ideology’ claim is woolly enough to mean whatever they want, but the assertion that a Ukrainian held thousands of kilometres from his home showed signs of planning a breakout really did need a specific example or two.

Another judge, Alexander Zamashnyuk, on March 24 rejected a second cassation appeal brought by Sotnikov against the refusal to initiate a criminal investigation over the torture which Kostenko was subjected to.  This document claims that the lawyer’s appeal contained ‘insulting and provocative comments’ about both the deputy chair of the court and law enforcement officers.  Sotnikov interprets this as a threat to himself, that if he’s not careful he’ll be charged with contempt of court.  Once again, no actual examples of such supposedly insulting comments are given.

Oleksandr Kostenko was recognized by the authoritative Memorial Human Rights Centre as a political prisoner in April 2015.  The 31-year-old is an ex-Crimean police officer who took part in Euromaidan from December 2013.  He was initially sentenced by a Russian-occupied Crimean court to 4 years 2 months imprisonment for supposedly having deliberately aimed a cobble stone at V. Poliyenko, an officer of the Crimean Berkut riot police, with the latter having received a bruise on his shoulder as a result.  Kostenko was alleged to have been motivated by “a feeling of ideological hatred and enmity to law enforcement officers”.

It charged him with ‘”unlawfully obtaining, keeping or carrying the main parts of a firearm”.  The investigators claimed to have found a cut off rifle barrel when searching his home, although not one of the official witnesses of the search confirmed that weapons had been found in Kostenko’s flat.  The investigators claimed that Kostenko’s father, Fedir Kostenko had identified the gun barrel as belonging to his son.  They also claimed however, that it was Kostenko Senior who gave permission for the search.  Fedir Kostenko disappeared shortly after this and, chillingly, has never been seen since.

At appeal level, the sentence on the second charge was reduced, but the actual convictions were upheld.

Courts in both occupied Crimea and Russia ignored compelling evidence that Kostenko’s first ‘confession’ had been tortured out of him, and even when.  The young Crimean was officially detained on Feb 6, 2015, but there are witnesses who can confirm his assertion that he was in fact seized by FSB [Russian Security Service] officers in Simferopol a day earlier, on Feb 5.

Kostenko retracted all such ‘confessions’ as soon as he was able to see to a real lawyer.  This was ignored by the judge, Viktor Mozhelyansky who took only the original ‘confession’ and first interrogation into account and found Kostenko guilty of both charges.

This is not the only case, with 23-year-old Andriy Kolomiyets now serving a 10-year sentence on equally grotesque charges linked to events in another country over which Russia has no jurisdiction.