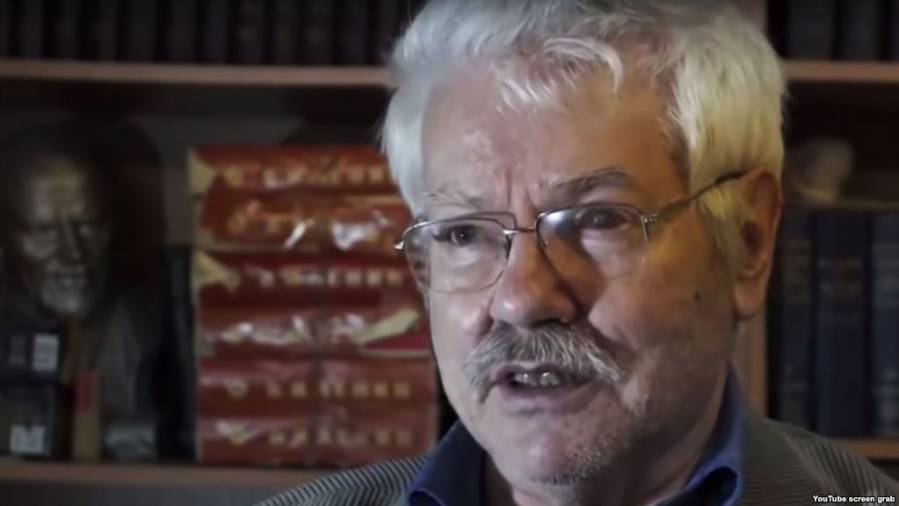 A prominent Russian journalist known for articles criticizing Russia’s government and President Vladimir Putin has died at a hospital in St. Petersburg after being severely beaten by unknown assailants.

Nikolai Andrushchenko, a 73-year-old co-founder of the weekly newspaper Novy Petersburg, had been unconscious since he was attacked on March 9.

Andrushchenko’s colleagues and his lawyer say he underwent brain surgery after the attack and initially had been connected to a ventilator, but later was able to breath on his own.

However, they said he never regained consciousness and died on April 19.

His attackers have not been found.

Novy Petersburg editor Denis Usov linked the attack against Andrushchenko to articles that the newspaper has written about corruption in the city.

Dunja Mijatovic, the OSCE representative for freedom of the press, said in a Twitter message on April 19 that Andrushchenko’s death was the result of a “brutal beating.”

Mijatovic has said that “journalists in Russia are far too often subject to acts of intimidation, threats and attacks.”

Andrushchenko had been a member of the St. Petersburg city council from 1990 until 1993.

He became a renowned journalist as a result of his investigating reporting about human rights issues in Russia, organized crime, and police brutality.

Andrushchenko began to express concerns about Putin after he came to power in 2000, writing that the secret services were taking control over Russia.

The Committee to Protect Journalists (CPJ) noted that Andrushchenko had been arrested and imprisoned in 2007 on charges of defamation and obstruction of justice after he reported on a murder investigation and trial in St. Petersburg.

The CPJ also noted that Andrushchenko had been beaten by unidentified attackers in November 2007.

At the time, Andrushchenko’s colleagues said they thought his beating and detention by authorities were attempts to intimidate him over Novy Petersburg’s critical coverage of local authorities ahead of parliamentary elections.

Andrushchenko later claimed he was tortured in custody.

In 2009, a court in St. Petersburg found him guilty of libel and extremism and fined him.

The Memorial Human Rights Center had recognized Andrushchenko as a political prisoner when he was in custody.

With reporting by Current Time TV, Reuters, and the Moscow Times