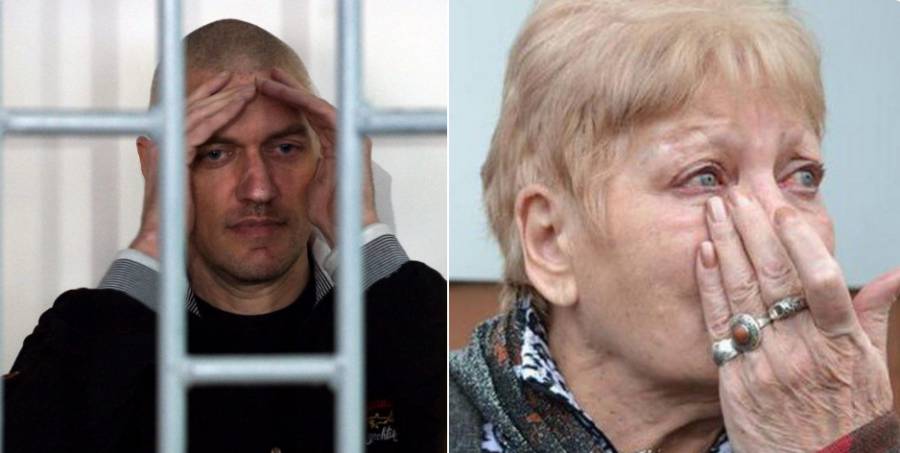 Why would Russia hold a Ukrainian in secret detention for 10 months if there were real grounds for his arrest?  Why is it now refusing to allow an independent psychiatric examination which a renowned British psychiatric institute has recognized the need for and even offered to provide?

Historian Stanislav Klykh arrived in Oryol, Russia on August 7, 2014 to visit a woman he’d met in 2013.  He disappeared the very next day and was held in Russian detention for 10 months totally incommunicado, before being put on trial on surreal charges.  The ‘girlfriend’ vanished.

In a recent interview, Tamara Klykh spoke of the anguish she and her husband have gone through and the pain of watching their only son being systematically driven insane.  Concerns about Stanislav’s mental health were voiced shortly after the ‘trial’ began in October 2015.  Russia has rejected calls for an independent psychiatric assessment, including an offer from world-renowned psychiatrists to undertake such a study.  Tamara Klykh is clear that Moscow  cannot afford such an assessment which would destroy the case.

Both a psychiatric assessment and attention to this trial must, certainly, highlight the brutal cynicism and surreal insanity of the charges which have been demolished in a four-part analysis by the renowned Memorial Human Rights Centre.

How to produce a ‘Ukrainian nationalist’ show trial

This, however, was enough for the Russian FSB to seize both men and hold them totally incommunicado.  Both men have described similar horrific torture – beatings, electric shock, psychotropic drugs, and more - since being finally allowed proper lawyers, and have retracted all ‘confessions’.

It was not for nothing that a prominent Russian human rights activist has called this Russia’s “most monstrously falsified trial”.

Russia had decided to accuse the men of having fought against Russian soldiers in Chechnya at the end of 1994 and beginning of 1995.  They were alleged, together with Arseny Yatsenyuk, former Ukrainian Prime Minister and other prominent Ukrainian politicians, to have tortured and murdered a number of Russian soldiers.  Klykh has told his mother that he was beaten mercilessly to get him to sign a ‘confession’ claiming that Yatsenyuk and Dmytro Yarosh, former leader of Right Sector, were in Chechnya. He says they tortured him so that he didn’t want to live.

72-year-old Tamara Klykh has not seen her son since June 2016.  She had travelled the long and difficult journey in order to testify at the trial a few months earlier, but the judge suddenly ‘fell ill for a month’ in what was clearly an attempt to deter her and Karpyuk’s relatives from addressing the court.

She refused to leave until she saw her son, and fortunately lawyer Dokka Itslaev, who lives in Grozny, put her up.  This too led to harassment and terror tactics against the elderly woman.  With extraordinary brutality, she was then refused a visit with her son, and was only able to see him in a cage in the courtroom on April 6.

Tamara Klykh was allowed a three-hour meeting with her son, with a guard present all the time.  She cannot speak of that last visit without crying.  “My son’s psychological state didn’t withstand the torture in Russian prisons”.  He looked much worse than in April.  He was terribly thin and weak, and often incoherent.  He spoke a lot about home, about his childhood, and she exerted all effort to remain calm and not cry, so as to not upset him.

He kept asking about his father.  It seems likely that the prison staff lied to him, claiming that his father had died.  As reported earlier, back in January 2016, the trial was adjourned because of Klykh’s disturbed state.  He became totally distressed and was only calmed after his lawyer rang his father and he was able to hear his voice.

Russia wanted a ‘Ukrainian nationalist show trial’. What they achieved, through torture and sheer lawlessness, has convinced nobody. The trial and monstrous sentences have been condemned by European bodies, Amnesty International and others.

It is now knowingly destroying a man driven to despair and insanity through torture.

Please make this case known to psychiatric associations, politicians and the media in your country.  Ask them to demand to know why Stanislav Klykh is being treated so brutally.