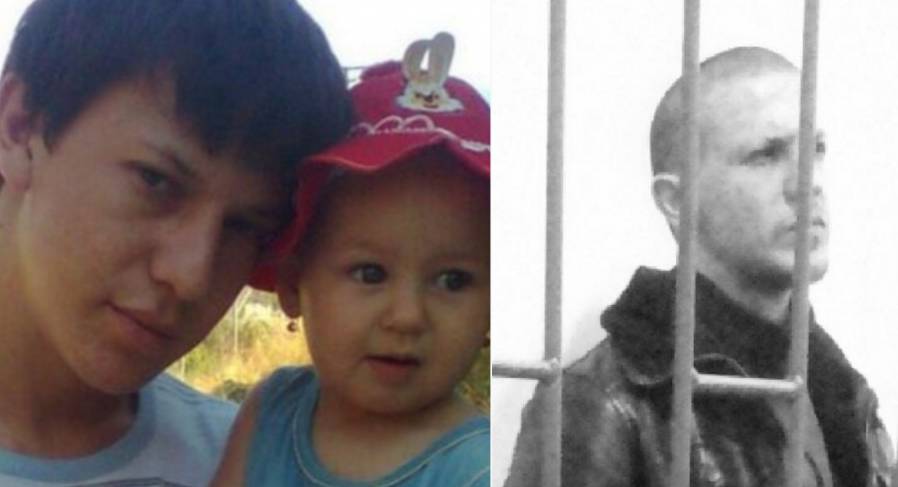 There are strong grounds for believing that Crimean Tatar political prisoner Arsen Dzhepparov has been in detention since April 2016 because of his refusal to act as an FSB informer.  He is now being refused an urgently needed operation and is in a very bad state of health.  This, his lawyer Dzhemil Temishev stresses, is no longer merely pressure on the young man, and can only be described as torture.

Temishev explains that Dzhepparov had an abscess on the neck which has resulted in a serious inflammation, and total deafness in his left ear.  Despite repeated calls for medical intervention, nothing has been done in the Simferopol SIZO [remand prison] where he and other political prisoners are being held.

26-year-old Dzhepparov, one of the two youngest Crimean Tatars facing invented ‘terrorism’ charges in Russian-occupied Crimea, may well have been arrested as revenge for his refusal to secretly collaborate with the local FSB.  Nothing at all was found when the FSB turned up and searched his home in Krasnokamenka on April 18, 2016, yet he was taken away and has been in custody ever since.  Dzhepparov’s mother Arzy Umerova recalls that she and her son were getting ready for work, when there was an incredible din outside. She went out and found masked men trying to break the lock on the gate and burst in.  She told them to wait, she’d unlock the gate, but they didn’t listen.  They turned everything upside down in the house and found only prayers on the wall, and a Koran.

Arsen and his wife Zarina have a six-year-old daughter, Evelina.

Dzhepparov was arrested together with Refat Alimov, a friend from childhood.  It has been suggested that the two young men were arrested in the mistaken belief that they would be more easily ‘persuaded’ to give false testimony against the first four men from Yalta arrested on Feb 11, 2016: human rights activist Emir-Usein Kuku; Muslim Aliev; Vadim Siruk and Enver Bekirov.

Alimov has long suffered from a kidney disorder.  In January, he was bent over in pain after an inflammation, with this being the third time in a matter of weeks. The medical staff did not turn up for a long time, and when a doctor finally came, he claimed that the young man was “pretending to be in pain”.

The conditions in the Simferopol SIZO are in any case appalling.  All the political prisoners complain of filth, bed bugs and cockroaches, of cold and stuffy cells which are overcrowded, with the men forced to take turns sleeping.  There have been particularly disturbing reports that the men are being held in the same cells as remand prisoners with tuberculosis.

Such conditions are unacceptable in any circumstances, but the situation is made especially intolerable by the fact that an ever increasing number of Ukrainians are facing politically motivated charges or are part of Russia’s persecution of Crimean Muslims.

15 Muslims, most of them Crimean Tatars, are being held in indefinite detention on totally spurious charges of involvement in the Hizb ut-Tahrir pan-Islamist organization which is legal in Ukraine and most countries.  Russia’s decision to declare it ‘terrorist’ has never been explained and was taken effectively in secret, with the organization itself and human rights groups informed only after it was too late to appeal.

The renowned Memorial Human Rights Centre considers all those convicted merely of alleged involvement in Hizb ut-Tahrir to be political prisoners.  In their statement on the first four Crimean Muslims, they stressed also  that Russia has no right to be trying Ukrainians in Crimea according to Russian law, with this case especially flagrant given that Hizb ut-Tahrir is legal in Ukraine.  There is also no evidence against any of the men.

They nonetheless face very long sentences, because courts under Russian control essentially pass the rulings demanded of them.  Three men - Rustem Vaitov; Ferat Saifullaev and Nuri Primov are already serving sentences in Russian prisons.  Ruslan Zeytullaev was tried with them, but the FSB and Russian prosecutor objected to the ‘lenient’ 7-year sentence.  As reported, the judges of the Rostov military court had shown an unusual amount of conscience and initially balked at providing the 17-year sentence demanded, because one of the four needed to be cast as ‘organizer’.  Zeytullaev has been on hunger strike since April 6, and is dangerously thin and weak.  His new sentence will be announced on April 26, with it tragically likely that this time the judges will hand down the 17 years demanded.