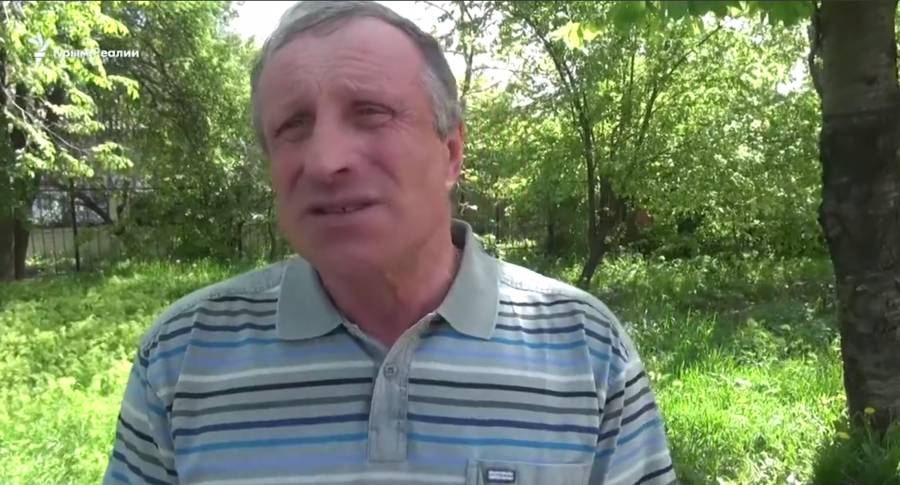 It was unfortunately only the latest hearing that got cancelled on World Press Freedom Day, not the insane criminal charges that Russia has brought against Crimean journalist Mykola Semena for exercising freedom of speech.  The hearing was adjourned on May 3 because the latest ‘witnesses’ for the prosecution failed to turn up.

The 67-year-old Ukrainian journalist is, in all seriousness, on trial, and facing a mandatory 5-year sentence, for an article in which he expressed his support for the Crimean civil blockade as a necessary part of ending Russia’s occupation of Crimea.

Semena called the failure by Sergei Meshkovoy to appear on Wednesday “symptomatic” of this case.  He explains that Meshkovoy is a key witness for the prosecution and the only one of the witnesses who actually knows Semena.

The first hearings were surreal for numerous reasons, including the fact that the so-called ‘witnesses’ quite simply have nothing to contribute.  Since Meshkovoy at least knows Semena, the prosecution is pinning its hopes on his testimony, however that given at pre-trial stage is littered with dubious statements which can be disproven.  Semena thinks that the man may be too embarrassed to look him in the eye while confirming lies, but supports the prosecution’s move to get him forcibly brought to the court.  Let him repeat the false testimony and face the proof of the lies from the defence, or deny that he said it earlier.

The court ordered that Meshkovoy and a woman be brought to the court by force on May 10.

Semena was initially detained in May last year, and charged with something that Russia calls ‘public calls to action aimed at violating Russian territorial integrity’ for an article in which he called this occupation and expressed the wish that it would end.

He has already been added to Russia’s so-called ‘List of Extremists and Terrorists’, and despite the absurdity of the charges, his lawyers see the main question as being whether the mandatory 5-year prison sentence is applied.  .

This incredible trial is over an article entitled “The Blockade – a necessary first step to the liberation of Crimea”.  The text was written in September 2015, in response to another opinion post which expressed concern over the hardships this peaceful civic blockade, initiated with detailed human rights demands, could cause.

Semena points out that Crimea had been under Nazi occupation for 2.5 years and must not be under Russian for any longer. He uses ‘military’ language about the Blockade, but very clearly as a metaphor for the degree of determination and organization involved.

Russia has not withdrawn from the international agreements which state as clearly as did Semena that Crimea is Ukrainian.  It is instead using repressive measures like this trial to ensure that those journalists who remain in occupied Crimea keep their mouths shut.  A number of other journalists had already faced searches, and many are known to have left for mainland Ukraine.  Two Crimean journalists – Andriy Klymenko and Anna Andrievska – are in fact charged in their absence with the same nonsensical charges of violating the occupying country’s ‘territorial integrity’.

Mykola Semena is at least aware and appreciative of the enormous amount of international support for him from media and human rights organizations, and other bodies.  He cites the enormous number of statements in his defence, and hopes that these documents will be taken into consideration by the court.

One way or another, he says, the norms of international law must prevail.  At the moment, Russia is doing everything to crush the last vestiges of press freedom in occupied Crimea and frighten journalists and others into silence or exile.  People like Mykola Semena urgently near our voices in their defence.