Documenting war crimes in Ukraine.
The Tribunal for Putin (T4P) global initiative was set up in response to the all-out war launched by Russia against Ukraine in February 2022.
• Topics / Human rights protection
• Topics / Human Rights Abuses in Russian-occupied Crimea 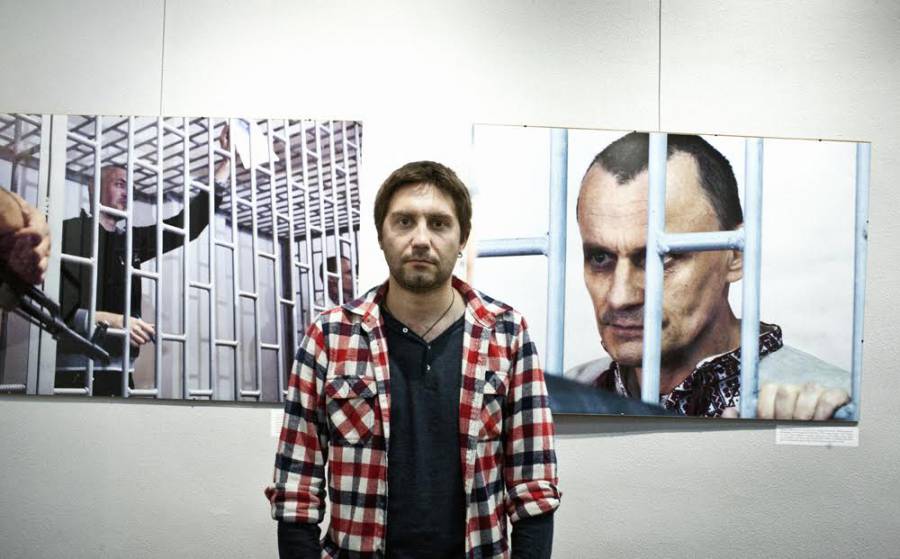 Anton Naumlyuk, a Russian journalist who has fearlessly reported on numerous politically motivated prosecutions of Crimean Tatars and other Ukrainians in occupied Crimea and Russia, has become one of the laureates of the 2017 Free Media Awards.

Naumlyuk is honoured for “his articles and reports on extreme examples of legal injustice and violations of human rights in Russia and Crimea” and photo reports which “capture the plight of people who are suffering abuse at the hands of the authorities”.  He was nominated by Ukraine’s Human Rights Information Centre; the Human Rights House Foundation, Oslo, and jury member Ane Tusvik Bonde.

Naumlyuk has been one of the few Russian journalists to faithfully report on some of the worst political trials of Ukrainians, and to ensure that the real victims of repression in occupied Crimea are given a voice. Many of his photos – of the parents of abducted Crimean Tatar activist Ervin Ibragimov and of the children of political prisoners are unbearably poignant.

In an interview to Radio Krym.Realii, Naumlyuk effectively pinpointed the reason why his work is so very important.  Most Crimean journalists, he noted, try to steer clear of politically motivated cases and victims of persecution in occupied Crimea. such cases get covered by independent journalists who come to Crimea seldom and never for long. As long as he has been covering events, he says, he has virtually not seen local journalists who appear only for very high-profile cases like the trial of journalist Mykola Semena, which he says is in a league of its own, even for Russia’s judicial system.

You will never see them, he adds, at hearings on cases involving allegations of involvement in Hizb ut-Tahrir, he adds.  This is an organization which is legal in Ukraine and most other countries, and labelled terrorist without any proper explanation in Russia.  Hundreds of people have been sentenced to huge terms of imprisonment for no crime in Russia, and the FSB has now begun persecuting Crimean Muslims on the same spurious charges in occupied Crimea.  Naumlyuk has provided vital photographs of the imprisoned men and their families, many of which have been shown at photo exhibitions in Kyiv and Prague.

Warmest congratulations to Anton for a well-deserved honour!

The prize-giving ceremony is to be held in Kyiv in October, although Fritt Ord Foundation, Oslo, and the ZEIT Foundation say that the award is to honour independent journalists and media in Azerbaijan, Armenia and Russia.  Details about the other laureates can be found here.