One Year of Not Knowing: Where is abducted Crimean Tatar Activist Ervin Ibragimov? 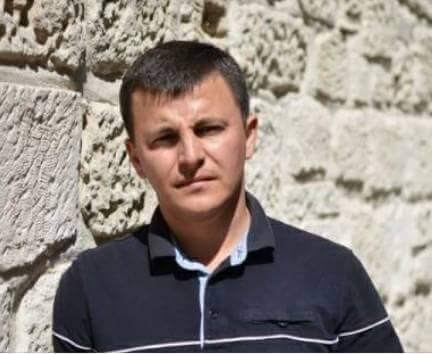 It is exactly one year since Crimean Tatar activist Ervin Ibragimov was abducted close to his home in Bakhchysarai late in the evening of May 24, 2016.  Despite video footage of the abduction and international demands, the de facto authorities under Russian occupation have done nothing to find the young man or those who seized him.

Akhtem Chiygoz, Crimean Tatar Mejlis leader and political prisoner, recalls how Ervin, aged only 18, came to the office of the Bakhchysarai Regional Mejlis.  “If you need my help”, he said, “I’m ready and willing to be as useful as I can to my people”.

He took part in all important events, both in Bakhchysarai and in Crimea, and never sought any privileges for himself.  He became a deputy of the City Council in 2012, although his chances were put at near zero since his was an area where Crimean Tatars made up only 17% of the population.  Chiygoz explains that Ervin went around speaking with each family, which was something none of the other candidates ever did.  The turnout in his constituency was huge, over 80% and he was elected, albeit with a small majority.

Chiygoz writes with warmth of a person of immense openness, willingness to communicate and dedication.

“In these difficult years for your people, Ervin showed courage and integrity, and continued his active political work.  The Russian authorities bear full responsibility for the actions of the bandits who are carrying out crimes against our countrymen!  It is those kind of individuals that they chose for their crimes against our people.  It is people who are held in respect and have authority among their people whom they fear.

(God willing, we will be blessed to win together with Ervin the Cup of Mejlis for the 4th time!)”

Akhtem Chiygoz was writing the words in the Simferopol SIZO where he has been held in custody since January 2015 facing legally nihilistic charges relating to a demonstration over which Russia has no jurisdiction.

Ervin Ibragimov is a member of the Executive Committee of the World Congress of Crimean Tatars and was a member of the Bakhchysarai City Council from his election in 2012 until Russia’s invasion of his homeland.

Ibragimov had told friends that he thought he was being followed in the week before.   On May 25, he was due to go with Crimean Tatar Mejlis leader Ilmi Umerov to Sudak where four young Crimean Tatars were facing charges for driving their cars with Crimean Tatar flags as a traditional sign of remembrance on May 18, the anniversary of the 1944 Deportation.

He spoke on the telephone to his father late in the evening on May 24, but then failed to return.  His car was found the next morning fairly near his home with the key in the ignition and door open.  CCTV footage was obtained from a shop nearby which shows Ibragimov being stopped by men who appear to be in road patrol uniform.  There is a second where the young man tries to flee, but was seized and forced into the men’s van.

Ervin’s father Umer Ibragimov sees no progress at all, and says that it is only his son’s friends who have made any effort to find him.

“I want to see a ray of hope, but there isn’t one.  It’s all just deeper and darker”.

Instead of looking for his son, the FSB set up surveillance of him and his wife.  At first it was all the time, now only periodically.  He says that he has told the 3 or 4 men who sit in the car that he never asked them to guard him.  “Or are you waiting for the next victim?”

In October posters were pasted on walls near the Kremlin in Moscow, and around the Russian capital.  They simply asked people to help them find Ervin, but were still pulled down within hours by cleaners taking their orders from the FSB.  The posters did give a website address which provided information about the failure to investigate Ibragimov’s abduction and about how his was the latest of many killings or disappearances since Russia annexed Crimea.   Please widely circulate the #LookForErvin video in Russian and in English.

A DUA (collective prayer) will be held outside the home of Ervin Ibragimov at 18.00 on Wednesday, 24 May