The Reform Story Isn’t Over in Kyiv 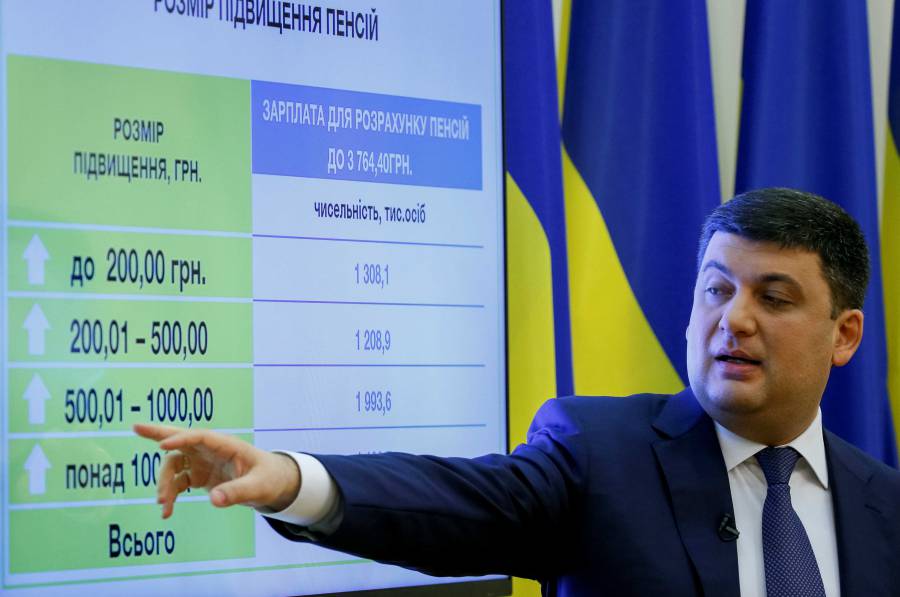 To understand Ukraine’s promise, one must first grasp the country’s situation in 2014 when the reforms began. Two decades of a corrupt and lawless oligarchic system had been holding Ukraine back, as had the legacy of seventy years of a dysfunctional communist regime. Add to this the annexation of Crimea, a trade war initiated by Russia, and the Russian-backed military conflict in eastern Ukraine, and the picture is one of a country with major hurdles before it.

But Ukraine has persevered and overcome those hurdles. After a drop of 17 percent in the country’s GDP in 2014-2015, the economy grew by 2.3 percent last year—an increase that exceeded forecasters’ expectations. Even the IMF forecast only 1.5 percent GDP growth for 2016.

The country’s biggest reform achievements have occurred in the areas of macroeconomic stabilization, banking sector clean up, and—contrary to widespread opinion—anticorruption.

Many of Ukraine’s banks formerly served as ATM machines for their owners, who attracted deposits and then distributed them as loans to borrowers who never returned them; the state then had to cover the losses with taxpayer money. Today, strict supervisory rules have been implemented and almost half of the country’s 180 banks have been closed, while others were forced to increase their capital adequacy ratio. The biggest bank, Privatbank, was nationalized after failing to increase capital adequacy.

Cleaning up Ukraine’s banks was also one of the most important anticorruption measures that has been implemented. Corruption is still a big problem, but the improvements that have taken place were not small or easy.

The biggest source of corruption in the country was subsidized energy prices, which allowed politically-connected oligarchs to buy cheap, subsidized energy at low household prices and sell it at unregulated prices to businesses or for export, earning billions in the process; this scheme cost the government roughly 10 percent of GDP annually. On May 1, 2016, energy tariff subsidies for households were canceled—a year earlier than the IMF program had stipulated.

Additionally, in the last three years, Ukraine has canceled more than 3,000 regulations that were the basis of corruption and pressure on businesses. The number of approval documents has been cut by 40 percent, licensing documents have been reduced by 46 percent, and mandatory certifications have decreased by 90 percent.

A third major source of corruption that has been addressed is public procurement. Starting on August 1, 2016, all public institutions in Ukraine now have to use ProZorro, an electronic auction system. ProZorro makes procurement fully transparent and minimizes the space for corruption. Last year, the system won the prestigious World Procurement Award.

Things are moving in the right direction on the prosecution side. New anticorruption agencies backed by Western countries have started to operate. In particular, the National Anti-Corruption Bureau has been quite effective, initiating the country’s first cases of high-level prosecution. All public servants and officials must declare their property and income in electronic declarations. Broad and ambitious judicial reform was launched in 2016.

But the reform story isn’t over, and plenty of other areas still need attention. Ukraine has more than 3,000 state-owned enterprises and there has been little progress in privatization. Land market liberalization has been postponed—seven million private owners of twenty-eight million hectares of land have been prohibited from selling their land for more than fifteen years—and macroeconomic stability is still fragile.

Like anywhere else, reforms in Ukraine are mostly a political issue, not a technical one. Luckily, Ukraine has had several reform-minded administrations. In the first two years after the Euromaidan, reforms were pushed by Prime Minister Arseniy Yatsenyuk’s two governments, and particularly by the prime minister himself and his foreign-born ministers of finance and economy, Natalie Jaresko and Aivaras Abromavicius, respectively, as well as by Valeria Gontareva, the head of the National Bank.

Since the change in government in April 2016, Prime Minister Volodymyr Groisman and a few of his key ministers have become the main driving force behind reforms. Groisman’s position is difficult, but he is showing strong leadership and communication skills, and he has the vision, will, and courage to conduct the necessary reforms. In his second year, he will address some of Ukraine’s weak spots, including reforms of its pension, healthcare, and education systems.

Broader support in the parliament will be the key to the success of Ukraine’s reforms, as will the appointment of reformers to two key positions that have recently become vacant: the head of the National Bank and the head of the State Property Fund, the agency responsible for privatization. Fortunately, Ukraine also has a very strong pro-reform civil society, as well as support from Western countries and their affiliated international financial institutions.

Ukraine can do it. We did it in Slovakia, and Ukraine is no different.

Ivan Mikloš is the chairman of the Strategic Advisory Group for Supporting Ukrainian Reforms. He is the former Deputy Prime Minister and Minister of Finance of the Slovak Republic.