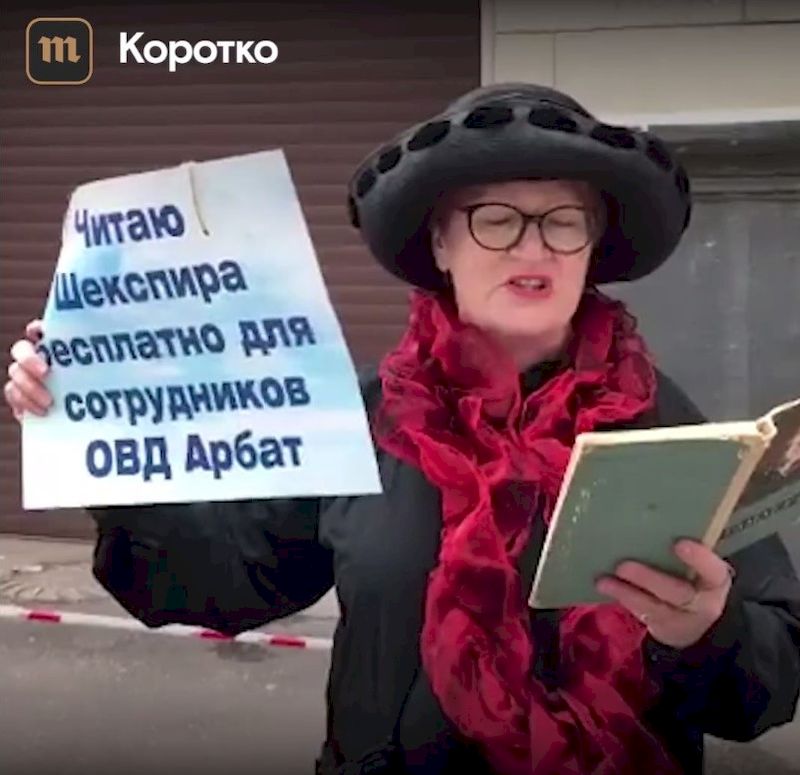 It's the latest viral sensation sweeping the Russian web: a video of police dragging a Shakespeare-admiring boy away screaming after reciting poetry in public.

The video, which follows police as they forcibly remove the boy from one of Moscow's most popular tourist areas to a waiting squad car, was posted on May 27 on Facebook and within days had been watched over 2.6 million times.

The chattering classes expressed shock over the police’s rough handling of the child, who had been publicly reading lines from William Shakespeare’s Hamlet. But others called into question whether his parents should have allowed him to perform publicly in the first place. And some, including a top United Russia lawmaker, even suggested the incident was an elaborate setup to tar the reputation of the police.

The boy, who RFE/RL is not identifying by name because he is a minor, can be heard loudly protesting his detention, shrilly screaming "Help!" as three police officers lead him away as the boy's stepmother shouts agitatedly at the police.

The police claimed they detained the boy because he was not accompanied by his parents and was begging. The video shows the boy’s stepmother -- who only identifies herself to police as his "acquaintance" -- filming the May 26 incident and calling on police to free the boy.

Ilya Skavronski, the boy's father, said his wife had her clothes ripped and her tablet broken while struggling with the police. She could face 15 days on misdemeanor charges for resisting the police.

The boy, who was taken to a police station, was eventually handed over to his father and released.

Skavronski told RFE/RL’s Russian Service that his son has a speech defect and that "his therapist advised him to recite poetry publicly" as part of his treatment.

On May 28, several activists filmed by the Meduza news site protested the boy's treatment by standing outside the local police station in Moscow's central Arbat district and reading lines from Hamlet and holding a sign saying: "I’m reading Shakespeare for free for Arbat’s police officers."


An online petition -- which has no political weight and is little more than symbolic -- is calling for the dismissal of the police officers responsible for the arrest and had garnered almost 22,000 signatures by the evening of May 29.

The Investigative Committee said on May 27 they would probe the incident, while Tatyana Solomina, a lawyer for the family, said the deputy head of the regional police had apologized to the father. Russian media reported on May 29 that there had been no apology.

Over the weekend, discussion raged online.

"The country has been horrified and, it seems, has started to think. The consequences of this two-minute clip are entirely unpredictable for the regime. Or rather, they are entirely predictable. Not now, but tomorrow," wrote Andrei Chernov, a poet, on Facebook.

Leonid Gozman, an opposition-minded politician, wrote on Facebook that he sees some good consequences of the episode: "The boy and the many others who hadn't yet realized will now better understand the country they inhabit. ... The cops obviously will be punished -- this was too big a scandal -- and others will be more careful."